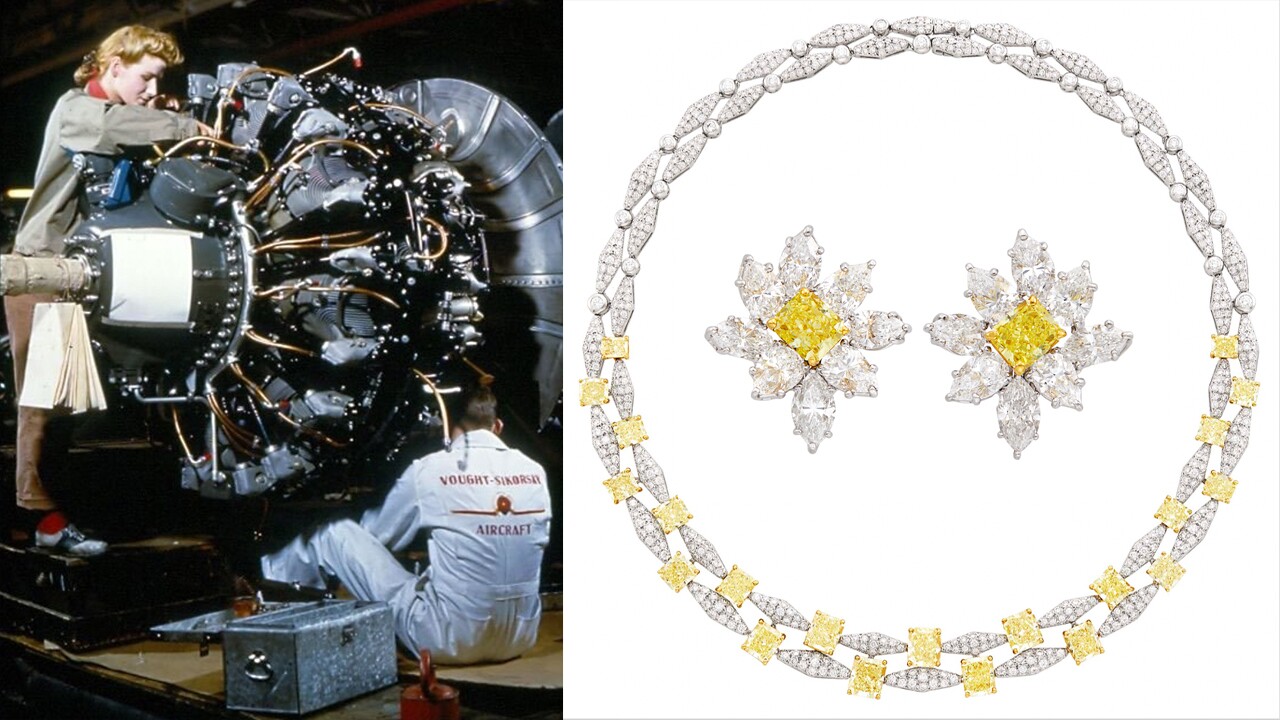 PALM BEACH, Fla. — You have the chance to own jewelry that can link you to American history.

Jewelry from the estate of the original “Rosie the Riveter” is going up for auction. Rosalind P. Walter was the subject of an article that became inspiration for a song by the name. “Rosie the Riveter” became an iconic character in the fabric of the American story.

The character became an icon who represented the women who helped to produce mentions and war supplies, replacing men in positions as they joined the military. Walter spent World War II working in a factory driving rivets into airplanes. She later became a philanthropist and a generous benefactor of PBS.

"She also bought really iconic designs from those makers, which in the auction market now is the high point. To have iconic pieces by very good makers, there’s nothing better than that,” explained Katherine Van Dell, Vice President and Jewelry Specialist at Doyle.

There is a preview of pieces from the collection Sept. 16. By appointment only, with precautions made for safety, you may preview the pieces at the Brazilian Court Hotel in the Town of Palm Beach. You must RSVP to attend by contacting Collin Albertsson at 561-322-6795 or doylefl@doyle.com.

The pieces will be up for auction starting Oct. 1.