How Trump's win could impact life on Palm Beach Island 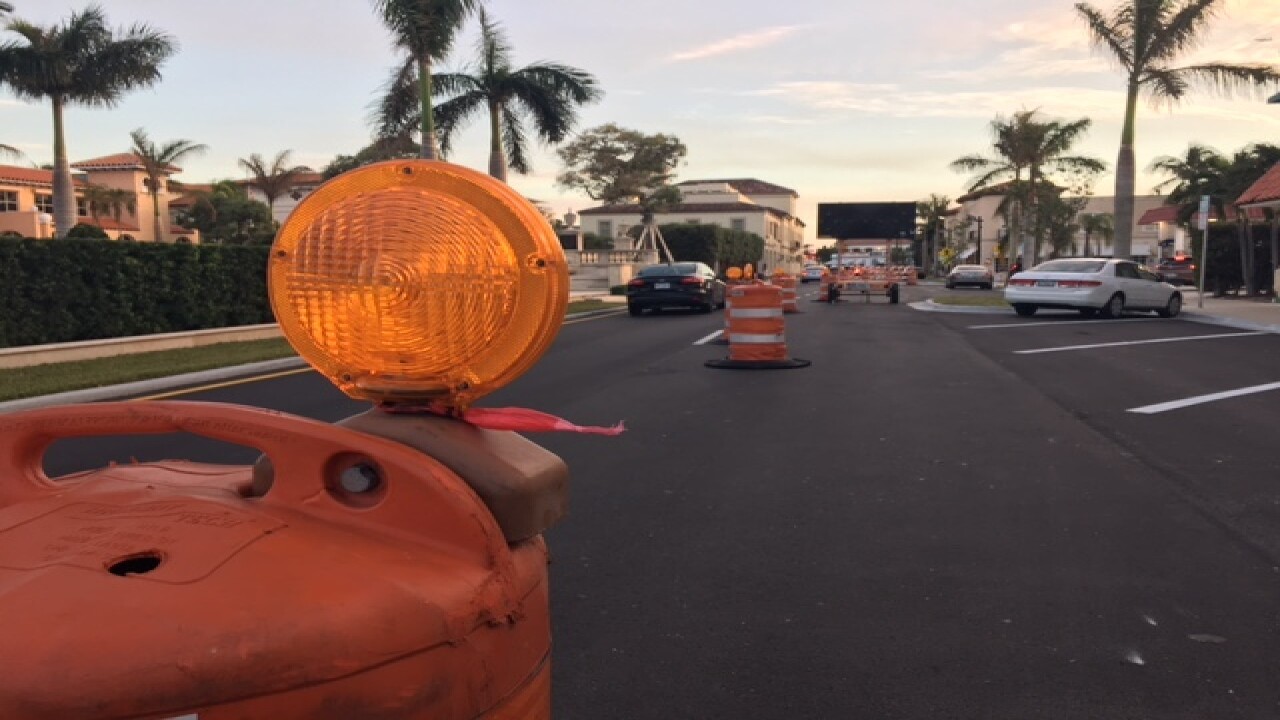 With the president-elect having a home on Palm Beach, the question on a lot of resident’s minds is how life on the island will change.
"So here we are. Donald Trump is the president. And he's our neighbor!" said resident Bruce Erhard.
Residents wonder how the small island of about 10,000 people can handle all of the presidential attention.
"I think we'll grow accustomed to it a little bit and get used to having him around here,” said former FBI agent and founder/CEO of Jenkins Group, a security firm for the public and private sector.
Chad Jenkins has experience working hand-in-hand with the Secret Service while working on the South Florida counter-terrorism task force. He said people living on the island are going to have to get used to road blocks and detours.
"We've never seen a president who has been such a commercial real estate mogul and have those properties," he said.
Palm Beach PD says they are ready to work more with the Secret Service.They've been working with the agency every since Trump became the GOP nominee.
"We just follow the guidance of what the Secret Service does and we just work in conjunction with them,” said Philip Salm, training coordinator for Palm Beach PD. "It is very limited in how you come on and off the island with the bridges so we're asking everybody to pay attention to the town's website."
And get ready for restrictions on the water. If you’re boating up the intercoastal waterway, you may need to change your route when trump is in town. Around Mar Lago, there's 600 feet of waterway on the west side and ocean access on the east.
"So there are definitely some vulnerabilities, but the secret service is the best in the world at mitigating those risks, implementing action plans to tighten up the security,” said Jenkins.
There could also be holdups at Palm Beach international during presidential visits.
"They'll put a restrictive airspace over Palm Beach International while the president is getting ready to make their decent, so yes, it would cause some delays but we've seen this all around the world,” said Jenkins.
But due to the very public and busy location of Mar Lago, Jenkins wonders if Trump could consider a move.
"It'll be interesting to see. It could be that with the information and the amount of members and everything else at Mar Largo, that maybe president elect trump will decide to go to a different location, a little bit more remote and private location," he said.
South County Road, which passed by the Palm Beach Police Department and Town Hall, is undergoing construction. Cones and lanes closures are causing drivers to stack up during peak hours.
"There seems to be an awful lot of work going on here. Seems I can't go down a street without running into a truck or waiting for something," said Erhard. "Bath and tennis club is right there at Mar Lago. So there's going to have to be access. They're going to have to figure this out," said Erhard.
Residents are concerned the presidential attention could create more traffic on the other construction projects on bridges leading into Palm Beach.
"I don't know how they're going to reroute us, either make us go over the central bridge but we'll see what happens," said Michael Catandella, who works near the construction site.
Allen Rutman, co-owner of Green's Pharmacy has worked on the island for nearly 30 years. He's seen his share of dignitaries.
"As far as road closures, they close every access road to the island from the airport. It's all precautionary. They'll close it two hours before they even land," he speculated.
He remembers former president John F. Kennedy's summer home on the north end of the island. He wonders if Trump's home on the south end could pose new traffic problems with Southern Boulevard bridge.
"It's more populated than it was 50 years ago. It will be interesting to see how they handle the next president on the island," he said.
But other neighbors say the island should already be used to this.
"I think it will have very little effect since we have a lot of nationwide names that live here during season," said longtime resident John North. "So I don't think we'll have any problem with it."
Palm beach police told me they’re ready to work with secret service agents.
When Trump comes in, West Palm Beach PD, Palm Beach PD and Palm Beach County Sheriff's Office will join forces with the Secret Service, both by road and by water, to ensure the security of the newly elected president and his family.
Copyright 2016 Scripps Media, Inc. All rights reserved. This material may not be published, broadcast, rewritten, or redistributed.