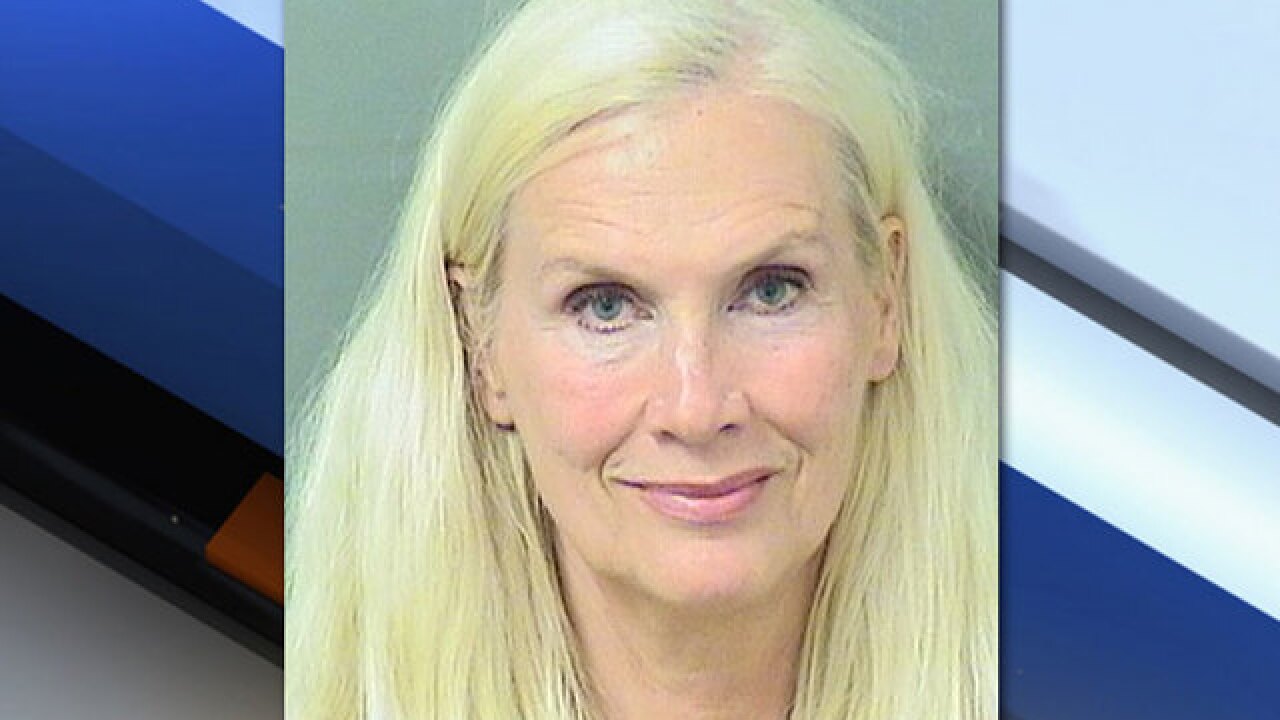 PALM BEACH, Fla. -- A European reality television star was arrested in Palm Beach Tuesday night after police say she stole a $545 pair of sunglasses from a Worth Avenue store.

Gunilla Persson, 59, has appeared in Scandinavian reality television shows since 2010.

Persson entered the Chanel Palm Beach store in Palm Beach Tuesday evening and purchased a handbag. Police say Persson was seen on surveillance video chatting with the cashier and putting a pair of designer sunglasses on her head.

The footage shows Persson then walking to a corner of the shop and slide the glasses to the top of her head. She completed her purchase of the handbag and left the store without paying for the glasses, valued at $545.

A Palm Beach police officer was provided a description of Persson and later spotted her near the store.

According to a police report, while Persson spoke with the officer, she removed the sunglasses from her purse and placed them on her head as if they belonged to her. The officer said the store's tags had been removed.

The officer says Persson claimed she planned to return the sunglasses later.