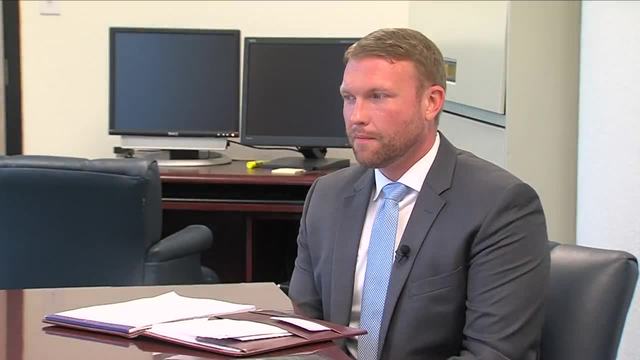 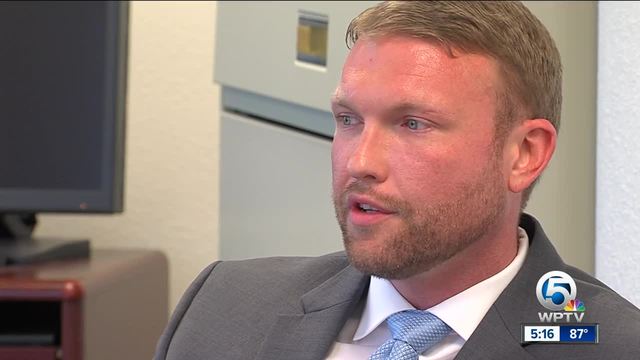 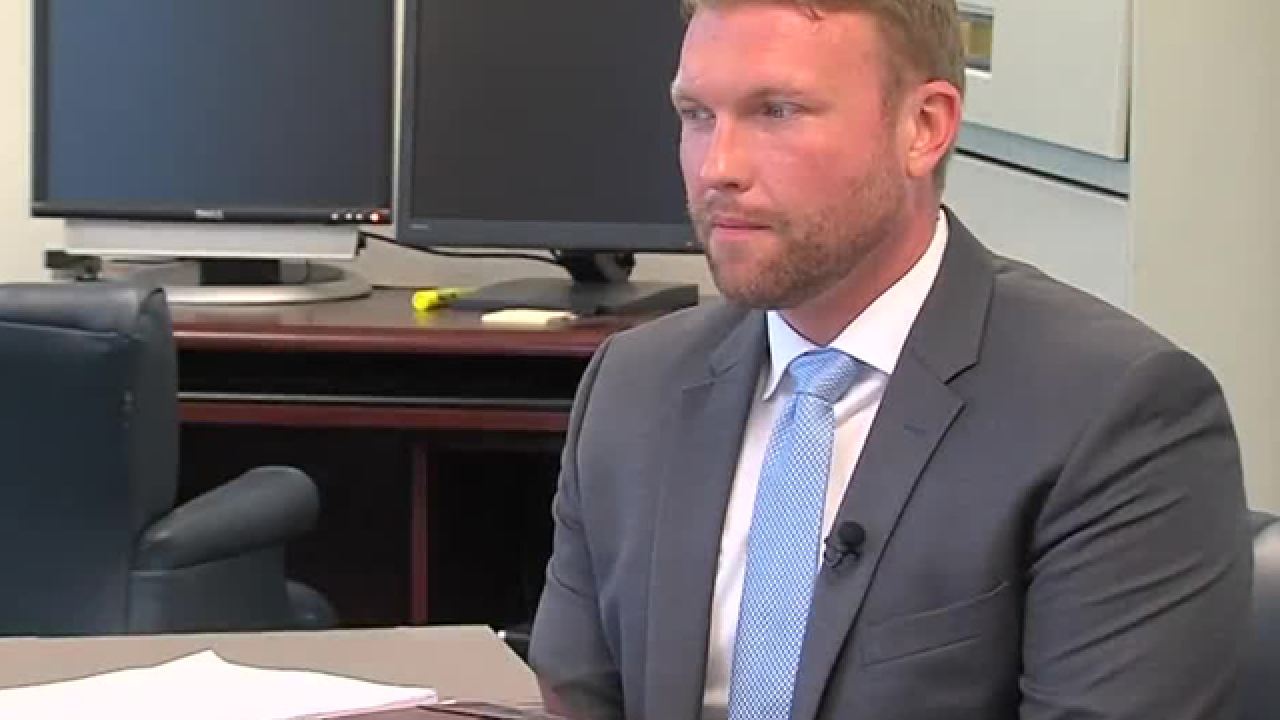 WEST PALM BEACH, Fla. -- "I had taken a weapon that was left by my father. I was shooting it drunk in my townhome." It was 2008 when Joshua Horton remembers he fired a gun 13 times in his front yard in Atlanta.

"SWAT team showed up, and I was so drunk, that I was going into my truck for another beer and they thought I was reaching for a weapon, and I'm still not sure to this day why they didn't shoot me."

Josh was 24. "I woke up (in jail) and had no idea what had happened. I thought my life was over."

Joshua was put in front of a Fulton County judge. "I do remember the bailiff turning around to me and telling me you're the luckiest SOB I've seen in a long time."

Facing 29 felonies, the judge dropped them all.

"Maybe she saw that the problem really wasn't criminal behavior, but more of a substance problem," says Josh. "For some reason, she thought she saw something in me and didn’t want to forever end my freedom of existence."

Josh was only a few months old when his father went fishing in Panama City and never came back.

"My father was killed when I was a young child, but my mother did the best she could with what she had. I think there is probably better families, but there’s also probably worse. I think the loss of a father really kind of fed into that idea of loss and abandonment."

"The alcoholism, I think was present even before I took a drink," said Josh. "In my early years, my family was riddled with alcoholism and drug addiction. There was just a different reaction my body had when I ingested chemicals than most people had. And I think that’s what is so misunderstood in society today.

"They say a lot of times, biology loads the gun, and environment pulls the trigger."

Josh got his first DUI at 16 and was charged as an adult.

"Once you get a criminal record, it just tends to spiral every time," said Josh. "16, 17-years-old; there were points in my life when I was juggling three probations in three different counties and trying to figure how I was going to make it all work. Once you get on to probation, you’re dealt, you have to perform drug tests, you have to pay fines, you have all these conditions you have to meet, and one slip up is jail time, or another probation, or more fines."

He's gone to jail more than a dozen times, serving time behind bars for "drinking offenses, fighting, possession of marijuana."

"Once I got into the criminal justice system, it was so hard to get out," he recalls.

Even after the judge dismissed all 29 felonies against him in Fulton County in 2008, Josh still struggled.

"I continued to relapse."

Until he moved to his great-grandparents’ old abandoned house in Mississippi.

"It was really then when I started having education. I got plugged in with some guys in recovery, and they started teaching me in principles, how to live, that my life started to get better," said Josh. "I woke up one morning, and I was talking to my grandmother, and I told her, 'I’m going to go back to school.' And I wrote on the mirror in the bathroom, no matter what. From that day on, I was going to try and get help; I was going to try to better my life, I was going to do better."

Josh has been sober since 2013.  "I didn’t want my past to define my future any longer."

He's now created a career out of his greatest problems, newly appointed to the public defender's office in Palm Beach County.

"When I was in community college, I met with a professor, trying to talk about my career path and I told him, I said, 'I’m going to go to law school.' And he looked at me and said, 'that’s a great goal son, what’s your plan B because that’s probably not going to happen.' It’s been a lot of diversity and uphill, but I’ve also had a lot of people encouraging me, telling me I can do it as well, so there’s both sides," said Josh.

He wrote his thesis on rehabilitation, deciding to make his past known to the college after his best friend John died of a heroin overdose in Atlanta. Josh says John's 3 and 5-year-old daughters found him.

"I’ve just been given a lot of opportunities to really try and serve a larger purpose. They weren’t handed to me. I’ve had to show up, suit up and show up. And try and do the work."

His work has led him to Palm Beach County because it's ground zero for opioid abuse and recovery.

"I saw firsthand how inefficient our system is in addressing substance use disorder and addressing our societal problems," said Josh.  "That’s all I knew, was the criminal justice system, so maybe I could try to go back and be a positive impact on that. I think the first thing we do is start reducing stigma. We start bringing attention to the inefficiency of what we are currently doing."

When asked why he thinks he's still here on Earth, after so many people, including his best friend, died doing the kinds of things he's done, Josh says: "That's what I'm trying to figure out, and I spend my time trying to serve a purpose larger than myself; try to pay back a society really I should not be a part of."

"If you went by today's rules, I shouldn't be a part of society," he adds.

When asked if he's worried about a stigma, that people will judge him before they even know him, he doesn't hesitate when answering.

"Of course, I mean, that’s part of it. But I think a lot of it is pushing past the fear of what others think, and not being defined by that," said Josh. "It’s really not about me. If I step back and I think about it, I’ve got a chance today. There’s millions of people in this country that don’t. And I think that’s a little more important than what someone’s prejudice is against me."