'We are trying ... It's been slow,' commissioner says 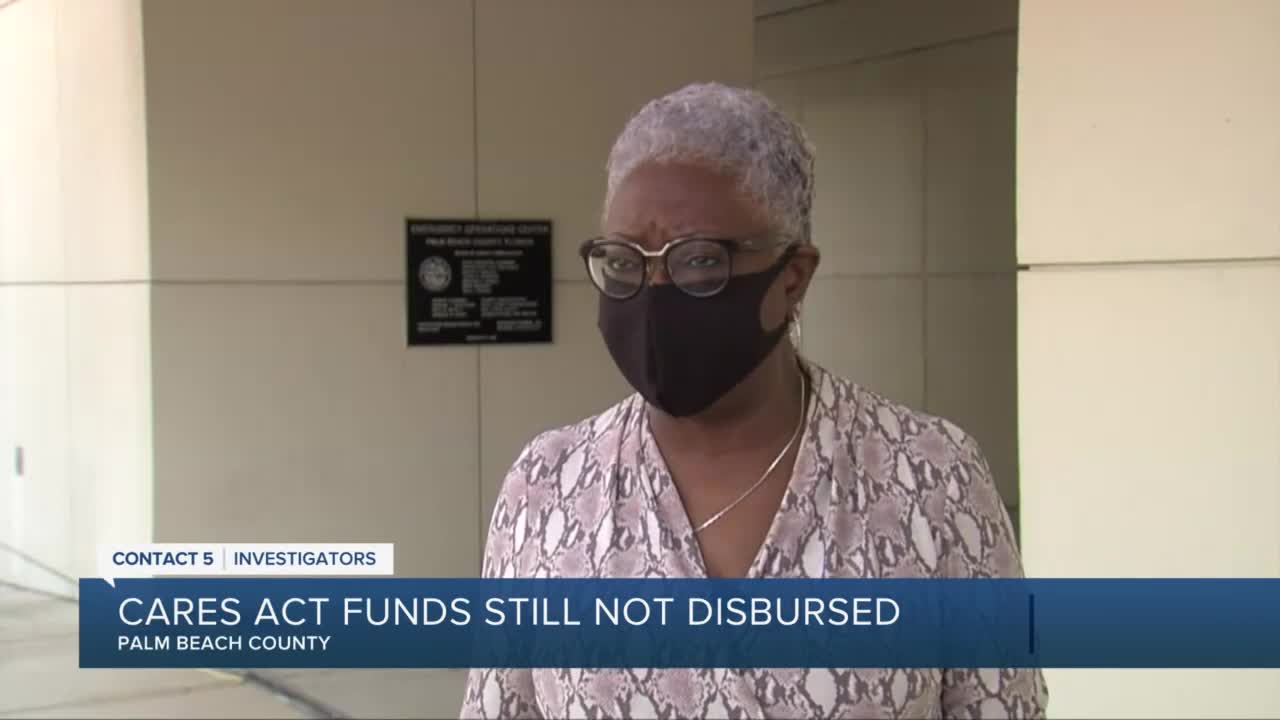 Palm Beach County’s top administrator is responding to a Contact 5 investigation into the disbursement of CARES Act dollars. 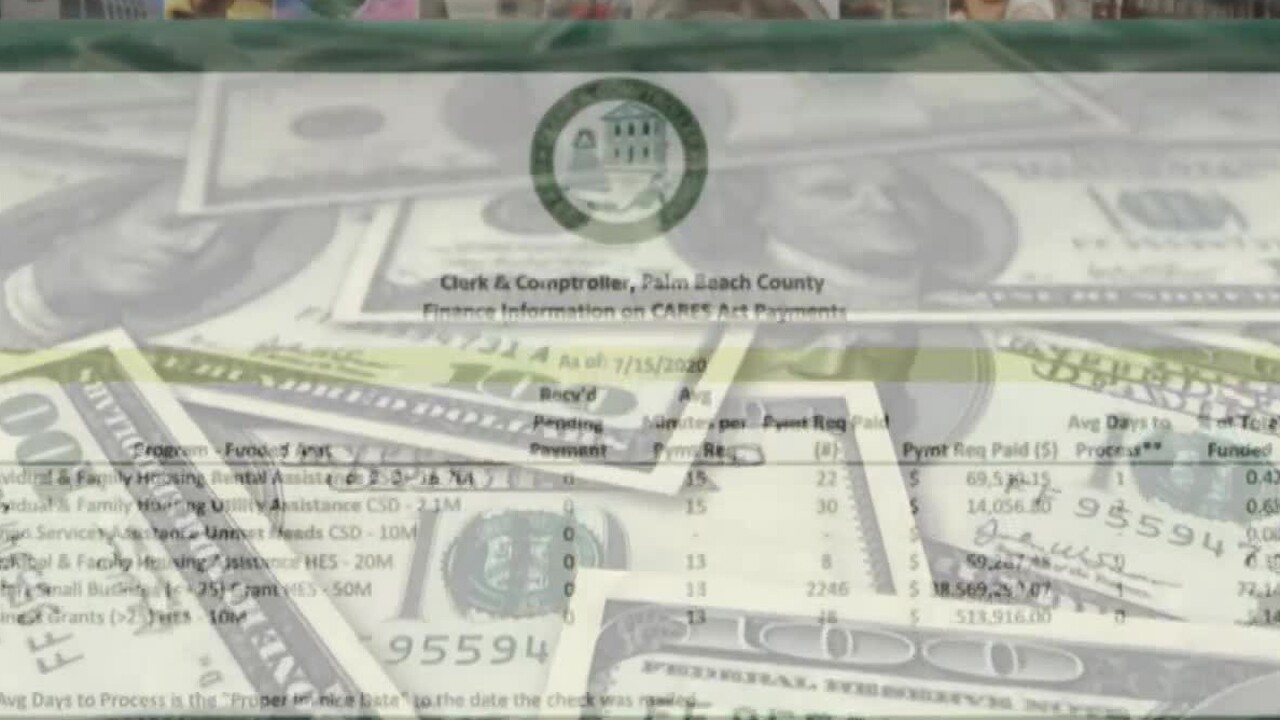 Contact 5 asked Palm Beach County Administrator Verdenia Baker why less than one percent of federal funds, totaling more than $38 million, meant to help our neighbors most in need during the pandemic, have been distributed.

"Our first emphasis was to get the program up and running to restart businesses, to get the dollars out, so people can continue to be employed or employed, which will assist them in paying their rent," Baker said.

Baker also points to the governor extending the eviction moratorium, people not at risk of being put out immediately, and a carefully, well-thought-out and documented process to avoid future risk to taxpayers.

As Contact 5 first showed you, the funding is from the $261 million the county received April 23 from the CARES Act.

More than $38 million has already gone to businesses.

Numbers from the clerk's office also show rental, utility and mortgage assistance programs have each distributed less than one percent of the funding since they launched June 5.

"We are trying, and the money is going to get to them eventually. It's been slow," Valeche said.

Contact 5 also shared the numbers with Jim O'Donnell, who has been unemployed since March.

Baker told Contact 5 that there are about 800 applications pending and waiting for more information. The county is also looking to eliminate a few steps, including some of the documentation.