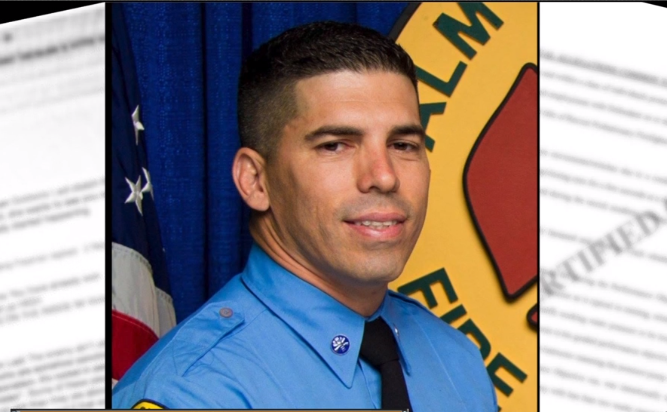 A Palm Beach County firefighter is suing Fire Rescue after he says a captain discriminated against his disability. Eduardo Mesa said others then joined in on the retaliation. 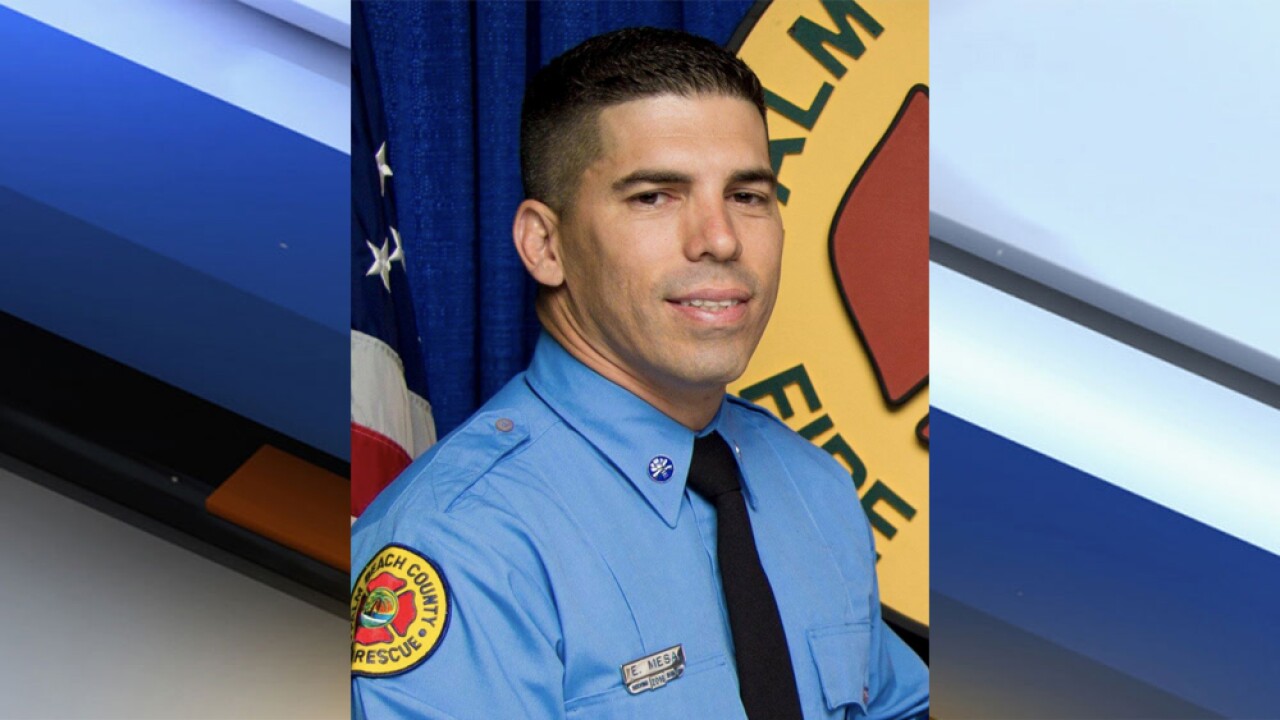 PALM BEACH COUNTY, Fla. — A Palm Beach County firefighter is suing Fire Rescue after he says a captain discriminated against his disability.

Eduardo Mesa said others then joined in on the retaliation.

This isn't the first time Contact 5 has uncovered allegations of harassment, discrimination, and retaliation within Palm Beach County Fire Rescue.

Eduardo Mesa's lawsuit is at least the fourth lawsuit filed against the county or Fire Rescue regarding discrimination and retaliation since 2016.

In this most recent case, Mesa claims some fire rescue staff discriminated against his disability, his religion, and his nationality.

In the lawsuit filed this week, Mesa said that because of a condition/disability, he "experiences eye movements/twitches" that result in "unusual blinking/closing eyes for a few seconds at a time."

Mesa said he was harassed for his blinking by a captain during recruit academy training and asked "whether he was sleeping or praying."

Mesa also claimed he "was intentionally setup to fail during the Performance Objective by this same captain," saying "a retired friend of the captain's, not an instructor as it typical in training, mismanaged a manual pressure pump lever causing Mesa's working water pressure to be lower than required and delayed, thus causing failing scores in his graded performance objective. No other candidate had a retired/non-instructor manning the pressure pump."

Mesa also said that during his performance objective run, he was "intentionally timed late by the Captain, so he could fail out of the academy with less than two weeks remaining of the nine weeks program."

Mesa said he was forced to resign and reapply for a new recruit academy class.

He passed the second class, however Mesa said in this second academy, although the captain was no longer the Recruit Academy Lead Instructor, Mesa was "constantly ridiculed by some of the captain's remaining group of instructors for his eye condition/disability regarding the blinking."

"Plaintiff would be made fun of and be accused of falling asleep, praying or 'performing religious rituals,' while his eye would spasm/blink," the lawsuit states.

Mesa said he told the captain and another lieutenant of his condition, but they did not take him seriously.

The lawsuit goes on to say that after graduating, Mesa was assigned to a station run by a battalion chief who is close friends with the captain who harassed him.

The lawsuit says, "plaintiff was told by station crew members, that the Chief had heard from Captain about Plaintiff falling asleep in the recruit academy and that the Chief didn't like Plaintiff."

Mesa said during his time at the station, he was "falsely accused of stealing crew members' food and was asked if that was what Hispanics do, and whether he was Mexican or Cuban. Plaintiff was asked if stealing food was customary of his culture." Mesa says he is Cuban.

"He also claims he was set up while on a call (which was also addressed by a station captain only as a verbal reprimand) but it escalated to a written reprimand with recommendation for termination by the Battalion Chief in question," according to the lawsuit.

The lawsuit notes Mesa "performed his job at satisfactory or above satisfactory levels during the probationary year," but was "retained at the headquarter station for a longer period than other recruit class members."

Mesa accuses Fire Rescue of retaining "all employees who exhibited discriminatory conduct toward the Plaintiff and did so despite the knowledge of said employees engaging in discriminatory actions."

Contact 5 has also reported extensively on a 2017 sexual harassment lawsuit filed by a female fire captain that later resulted in the forced resignations and retirements of three top chiefs.

Another lawsuit was filed in 2016 by Division Chief Joey Cooper, who has been with the department for 28 years.

Cooper said it's part of his job to conduct investigations involving allegations of misconduct or wrongdoing. In his lawsuit, Cooper claimed he was punished for doing just that, writing he was "subjected to unlawful retaliation and harassment for making disclosures."

There's also a lawsuit filed by Sharon Wilson, who claimed she was discriminated against after injuring her wrist during the recruit academy. She accused the same Captain that Mesa mentions in his lawsuit.

In 2016, a 911 dispatcher sued Palm Beach County and a former Palm Beach County Fire-Rescue co-worker who she said sexually assaulted her, arguing the county knew the man had a history of inappropriately touching fellow employees.

None of these lawsuits have been settled yet.