New device to keep students from vaping in schools 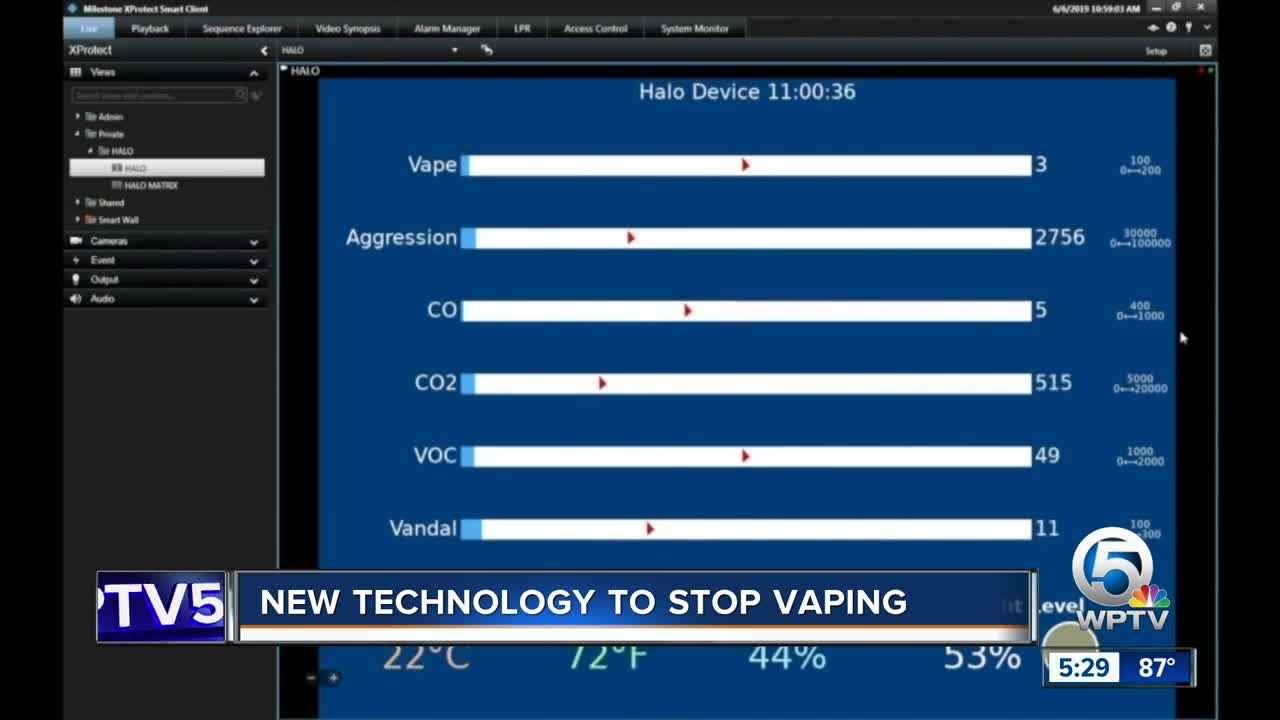 New device to keep teens from vaping in schools

PALM BEACH COUNTY, Fla. — A new device that can detect vaping among students at school is gaining interest among school districts.

“We have a lot of dealers throughout Florida and they’re giving quotes to districts,” says David Antar, President of IP Video in New York.

Antar says at least 23 districts in Florida, including Palm Beach County, have contacted his company about the vaping detector called Halo.

The detector is designed to alert school administrators on their cell phones once it detects vaping in school bathrooms.

Antar says the halo detectors are already being used in over 700 school districts around the country.

A spokesperson for the School District of Palm Beach County says the district currently has no plans to install vaping detectors.