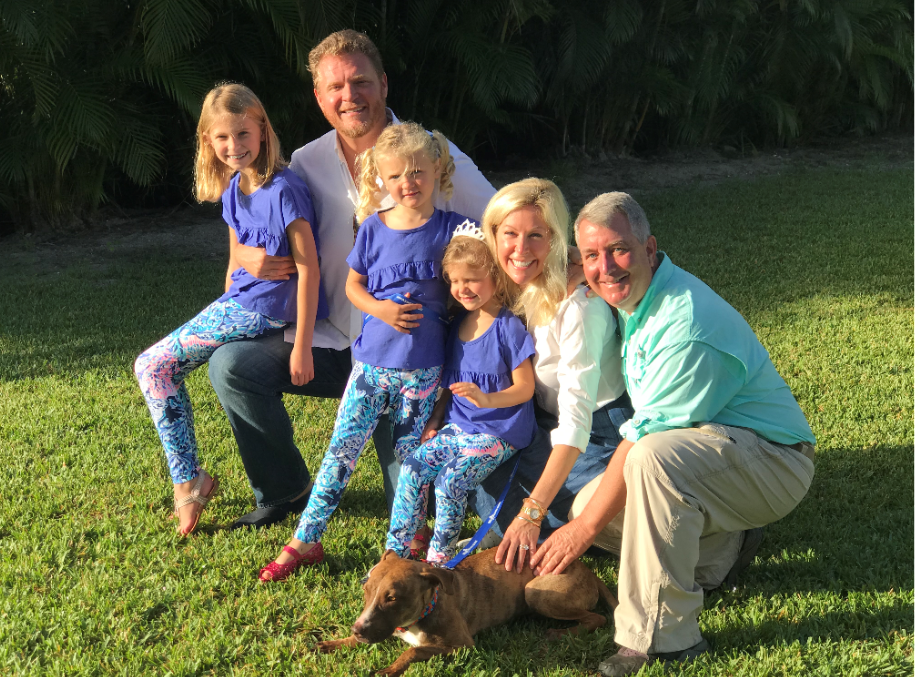 A dog who miraculously survived after being trapped underneath debris for weeks after Hurricane Dorian tore through the Bahamas in September met his new family Tuesday who will give him a forever home. 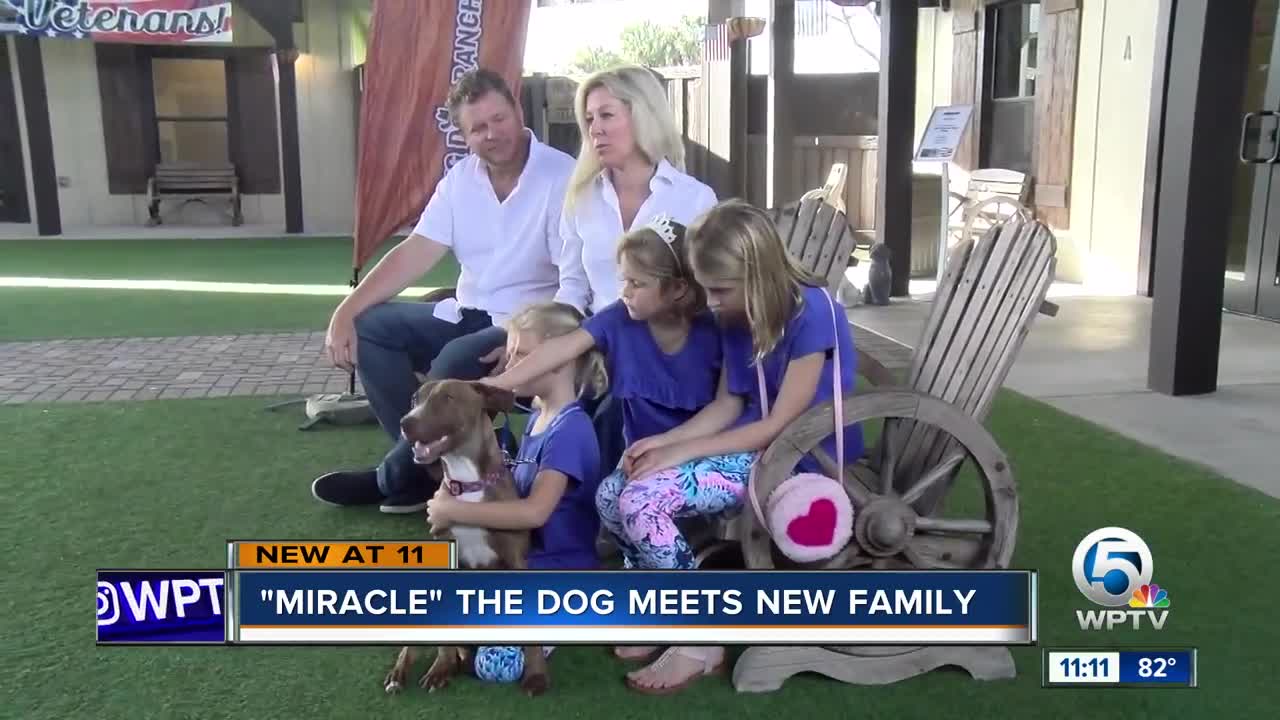 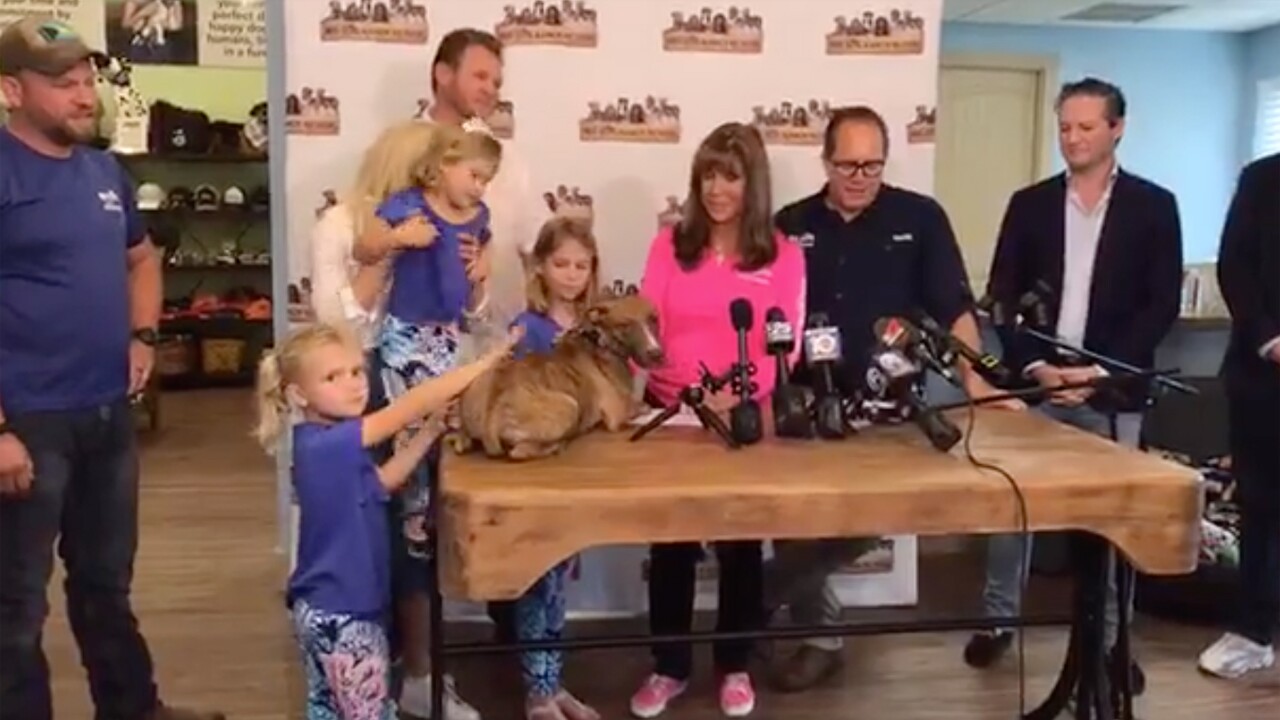 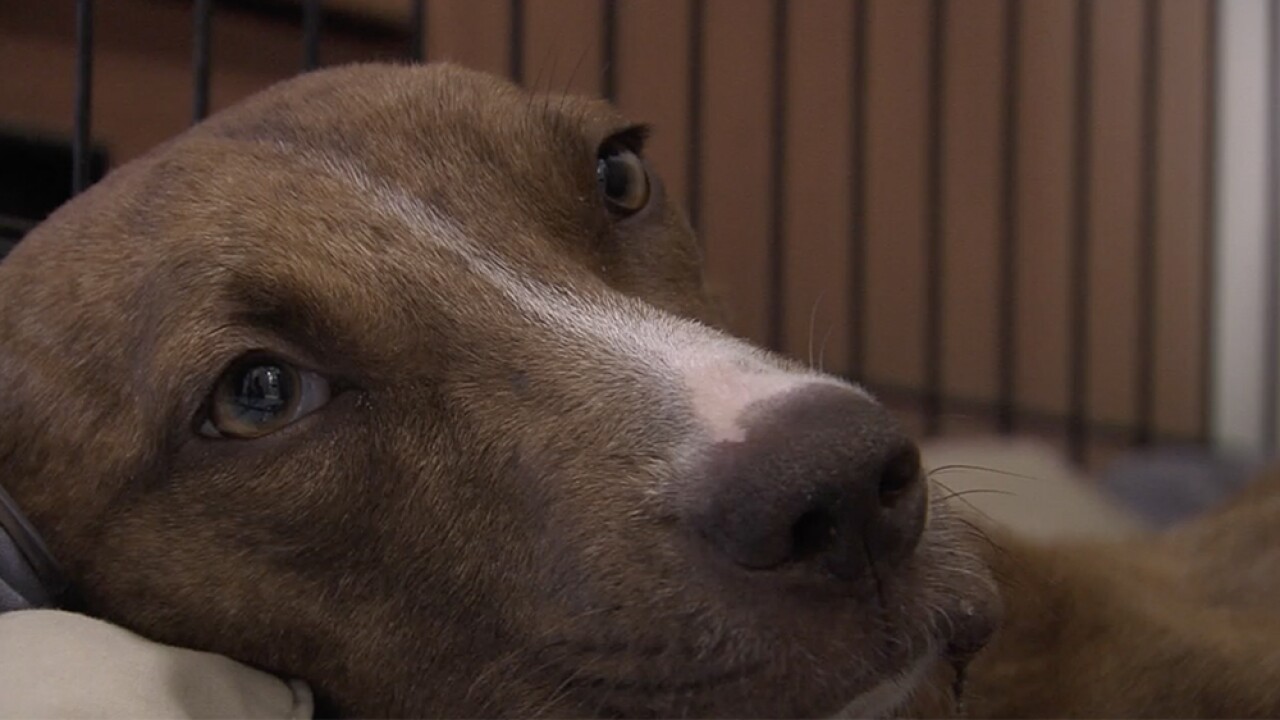 LOXAHATCHEE GROVES, Fla. — A dog who miraculously survived after being trapped underneath debris for weeks after Hurricane Dorian tore through the Bahamas in September met his new family Tuesday who will give him a forever home.

At a 7:45 a.m. news conference, Big Dog Ranch Rescue announced that Miracle was adopted by Clark and Briana Beaty who have three young daughters, of North Palm Beach.

More than 10,000 people asked to adopt miracle, but a puppy kiss sealed the deal for the Beaty Family.

"The minute they saw Miracle as weak and as frail and emaciated as he was and had the energy to gravitate to these girls and just crawl in their lap, I knew at the time this was the right home for Miracle," says Lauree Simmons, President and Founder of Big Dog Ranch Rescue.

Those closest to Miracle want to make sure the caring environment he has had here at Big Dog Ranch Rescue continues and say this North Palm Beach family more than meet that requirement.

"I'm so happy to see him going to a home where he is going to be loved and have a life of a dog as we all know it. As a family pet, and somebody that gives compassion and love and table scraps, I'm happy to see it for him," says Sean Irion, the man who rescued Miracle.

"I just wanted to give him a big hug," said Briana Beaty, who adopted Miracle. "We are so grateful for his heart and for his caring and tenderness to get [Miracle] here."

"I'm so so happy that [Miracle'] going to be cuddling in these little girls' beds and being spoiled rotten and finally going home," said Simons

"I've been sleeping on top of his dog bed, so it would have my scent on it so he'd feel comfortable around me," said 8-year-old Jayne Beaty.

Clark Beaty has big plans for his new dog.

"He's going to spend some time on Peanut Island we hope," said Clary. "We'll have a little bit of fun."

Amazingly, an infrared drone located Miracle, and Big Dog Ranch's search and rescue team pulled him from the rubble and flew him to the organization's headquarters in Palm Beach County.

The dog's recovery has been difficult. At first, he could only eat a few bites of food due to a shrunken stomach. Miracle also developed parasites, abrasions, respiratory infection, and atrophy. The dog has now gained twice his body weight since he was rescued.

The organization said Miracle's previous owner in the Bahamas has not been located, and because the area where he was found was so devastated, Miracle may be the only survivor from his family.

A spokesperson with the facility said that since Miracle arrived at Big Dog Ranch Rescue, more than 10,000 adoption requests have come in from around the world.

To learn more about other animals up for adoption at Big Dog Ranch Rescue, click here.