Man paralyzed by PBSO deputy fights for $25 million in Tallahassee 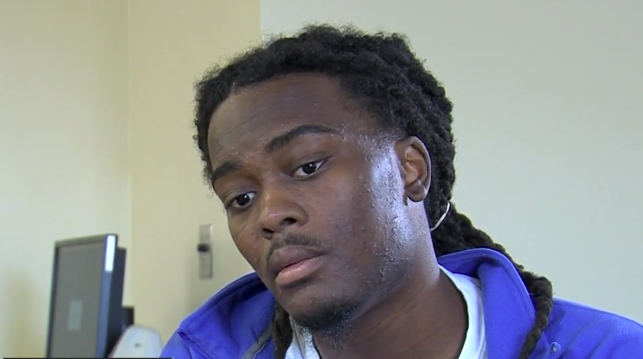 Dontrell Stephens, the man shot and paralyzed by a Palm Beach County deputy in 2013, will fight for 25 million dollars in Tallahassee on Friday. 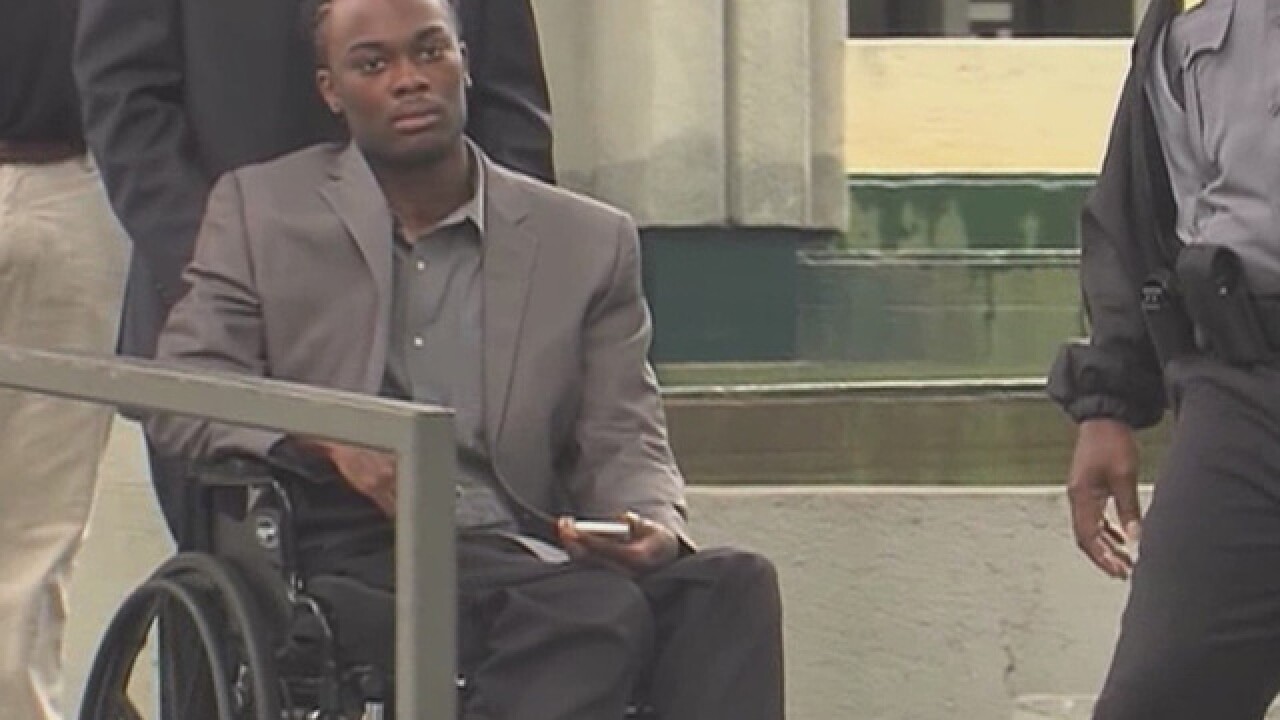 Dontrell Stephens, the man shot and paralyzed by a Palm Beach County deputy in 2013, will fight for $25 million in Tallahassee on Friday.

After a one day trial, attorneys appointed by the state legislature will decide whether or not to recommend the state tell PBSO to pay Stephens the millions of dollars a federal jury once awarded him. They could also recommend he receive nothing.

Dontrell Stephens has been confined to a wheelchair for 6 years.

"I just need prayers right now," says Stephens. He's currently in the hospital being treated for bed sores, something that can be fatal for paraplegics.

In 2013, PBSO Deputy Adams Lin shot Stephens 4 times, after stopping the then 20 year old for riding his bicycle on the wrong side of the road. Lin said he thought Stephens had a gun, but it was a cell phone.

"I've been in the hospital so much to the point of all the nurses know me," says Stephens. "I haven't been getting the proper care that I need so that's the main thing right now."

Stephens, and his lawyer Jack Scarola say, that's because he doesn't have the money. He's 25 and homeless.

"The Sheriff's office owes a debt to this man that needs to be paid," says Scarola.

A federal jury awarded Stephens $23.1 million in 2016 after they found Lin used excessive force, having had no reason to shoot Stephens.

An appeals court recently ordered a new trial for Lin on the excessive force charge, citing erroneous jury instructions in the original trial.

But a battery charge against the Sheriff was affirmed by the higher court, and "the sheriff stipulated to entry of a final judgment in the full amount of the verdict." This ended the battle in court, but without legislative approval, Bradshaw can't be forced to pay more than $200,000.

Attorneys appointed by the Florida House and Senate will conduct a one day mini trial on Friday. These attorneys will decide whether or not to recommend the legislature force PBSO to pay Stephens the millions of dollars the jury once awarded him. It's 25 million dollars now because of interest. The attorneys could also recommend he receive nothing.

In papers filed with the special masters, Sheriff Ric Bradshaw's legal team plans to argue Friday that "Dontrell Stephens is a drug dealer and a convicted felon who was injured as a result of his refusal to follow a uniformed officer’s directions during a lawful traffic stop," ending their opening argument saying "Florida’s limited resources are better spent elsewhere."

Scarola doesn't shy away from Stephens' past.

"That's true. Dontrell Stephens, at age 18 got convicted of a drug charge. That doesn't render his life worthless," says Scarola.

A year after he won his lawsuit, Stephens was also convicted of selling drugs to an undercover officer. His lawyers suggest iit was payback.

As for failing to follow directions, Scarola says that dash cam video and audio from the shooting, does not have any recording of Lin issuing commands.

"They are still arguing the same case that was rejected by the jury, the trial court judge, appellate court," says Scarola.

Asked what he could do with that money, besides buying a new bed and a new wheelchair cushion to prevent bed sores, Stephens lights up.

"I got a lot of things. I want to go back to school, I want to get my G.E.D. then I want start working on real estate. I was good at every sport so I mean I'll even play sports in a wheelchair," says Stephens.

He says he's waited a long time for Friday.

"I just leave it in God's hands, let God deal with it.

In 2018, after the appeals court overturned the excessive force verdict, but kept the battery charge, PBSO entered an agreement to pay Stephens $200,000. Scarola says Stephens' bills are much larger than that.

By law, government agencies can only be forced to pay $200,000 to victims of their wrongdoing. Any more needs to get approved by the State Legislature.

Bradshaw was not available for comment Tuesday, as he was traveling back from testimony in Washington DC on federal gun laws, but Bradshaw has said before that “PBSO will oppose any attempt by (Stephens) to force PBSO to pay any more than the $200,000 statutory cap by legislative action."