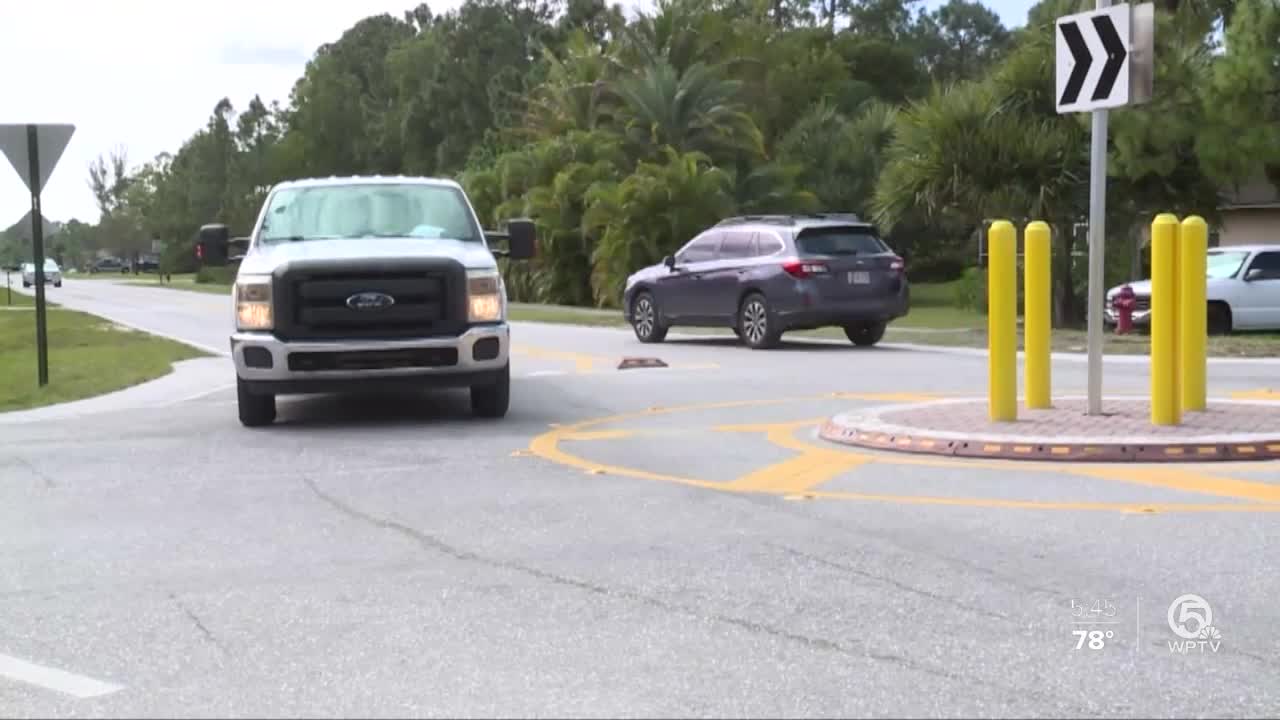 Traffic headaches could be a thing of the past in one area dealing with speeders and crashes.

THE ACREAGE, Fla. — Drivers are weighing in on the new roundabout at the intersection of 140th Avenue and Temple Boulevard in The Acreage.

Driver Cyril Logan said, "I think it's pretty good, even though the streets are a little bit narrow."

The Indian Trail Improvement District says the roundabout is a part of a traffic calming plan, citing a significant number of crashes happening at various intersections. The district says it's using this intersection as a pilot project.

"It was a blind corner in the first place and now with this, the line is far back you have to pull forward into the lane to see what's going that way, said a driver.

Other traffic calming projects are in the works along Hall Boulevard.