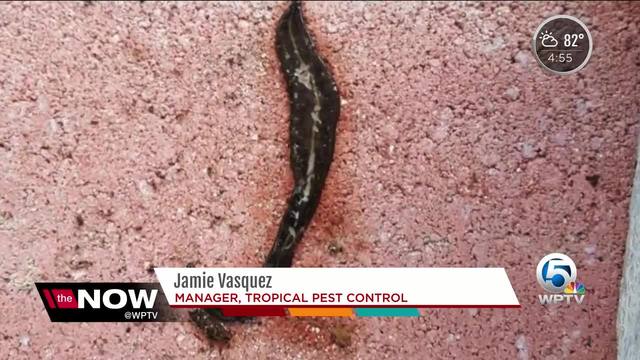 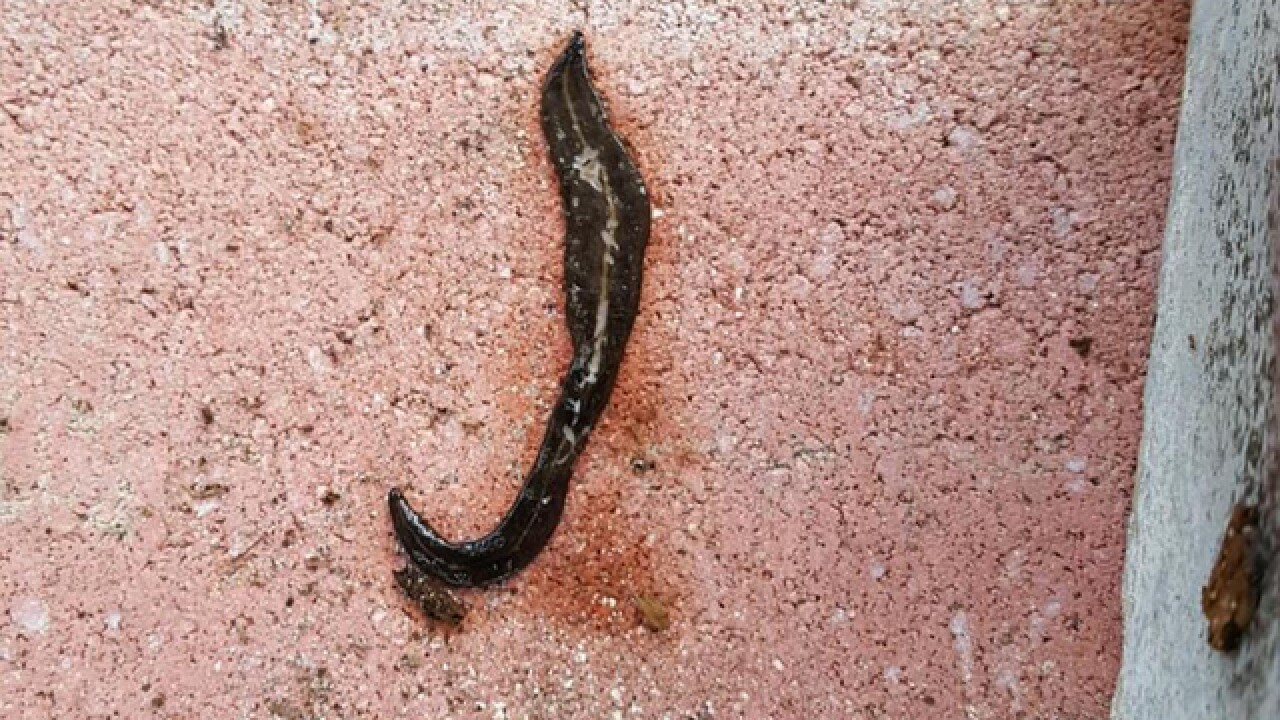 A nasty-looking worm is making its way throughout Florida, just a year after the invasive species entered the state.

Now, local pest control companies and the Florida Fish and Wildlife Commission are confirming a report of the New Guinea flatworm found in Loxahatchee.

Jeannie Tilford is usually hunting for cane toads while she runs her local business,Toad Busters.

"Thousands of invasive species here. Florida is a great place for things to survive," she said in an interview with WPTV on Wednesday.

But lately, she's been dealing with another nuisance.

She found several of them at her friend's house in Loxahatchee.

"They're pretty gross. And they have toxic slime, that if you get it on your skin, it will actually cause an allergic reaction," said Tilford.

The flatworm has a dark, slender body with a distinct orange or tan colored stripe down it's back.

The species comes from the South Pacific and last year, somehow slithered into Miami through plant shipments.

"When we get plants from nurseries from Miami, which is a big port of entry, those plants and flatworms come in on the plants, you put the plant in your garden and you've now transplanted an invasive species into your area," said Tilford.

The worm even sparked rumors on the Internet that people should call 911 if they see one. FWC said that's not true but they are encouraging people to help the agency keep track of the worm by contacting FWC’s Exotic Species Hotline at 1-888-IVE-GOT1 (1-888-483-4681).

Jamie Vasquez, a branch manager with Tropical Pest Control in West Palm Beach, said it's the same worm that transmits the deadly rat-lungworm parasite, which can lead to a disease that causes meningitis.

"The rats will defecates and snails will eat the feces. And then the flatworm will eat the snails. It's a cycle that repeats within themselves," he said. "If a rodent infestation occurs in your house, and they chew through the a/c vents in your house, they can defecate in the vents and that can transmit to human also through air particles."

The worms can also crawl on fruits and vegetables.

"If you don't wash them, you can contract meningitis that way," Vasquez added.

Experts advise families to keep an eye on your kids and pets in the yard. When your kids come inside, make sure they wash their hands.

"It's really easy to be working in the garden and not wash your hands and have contact with eggs of this species," said Tilford.

The worms like to hide in areas with lots of moisture, such as air conditioning units, water sprinklers or water hoses.

Experts recommend the surefire way to kill the worm is by pouring boiling water on it. Use a plastic bag to pick up and dispose of the body.

"You're killing the worm and you're drying it up," said Tilford. "Some people right away want to think, 'Oh let me throw bleach down or poisons on it.' You're adding more things to the ground and if it doesn't have an effect on the worm, it's not going to help."

FWC sent the following statement to WPTV regarding the find in Loxahatchee.

"Based on the description and photographs of the species we received, we believe it is a New Guinea flatworm. However, genetic analysis would need to be conducted to confirm the identity of the species," it reads.

While FWC tracks its spread, Florida and Hawaii are so far the only states with the worm. The species is A-sexual, so it doesn't take long to spread fast.

"They can mate on their own. They don't need much! They're resilient," said Vasquez.

If you find a flatworm, take a picture and submit a report by clicking here.

There's also a map that shows where the flatworm has been spotted throughout Florida by clicking here.