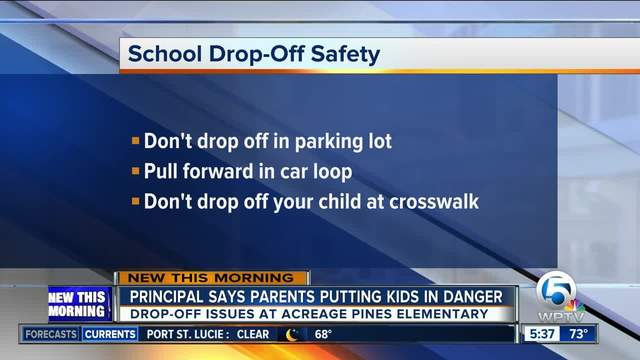 Drop-off dangers at a Loxahatchee elementary school have the principal reaching out to parents with advice. 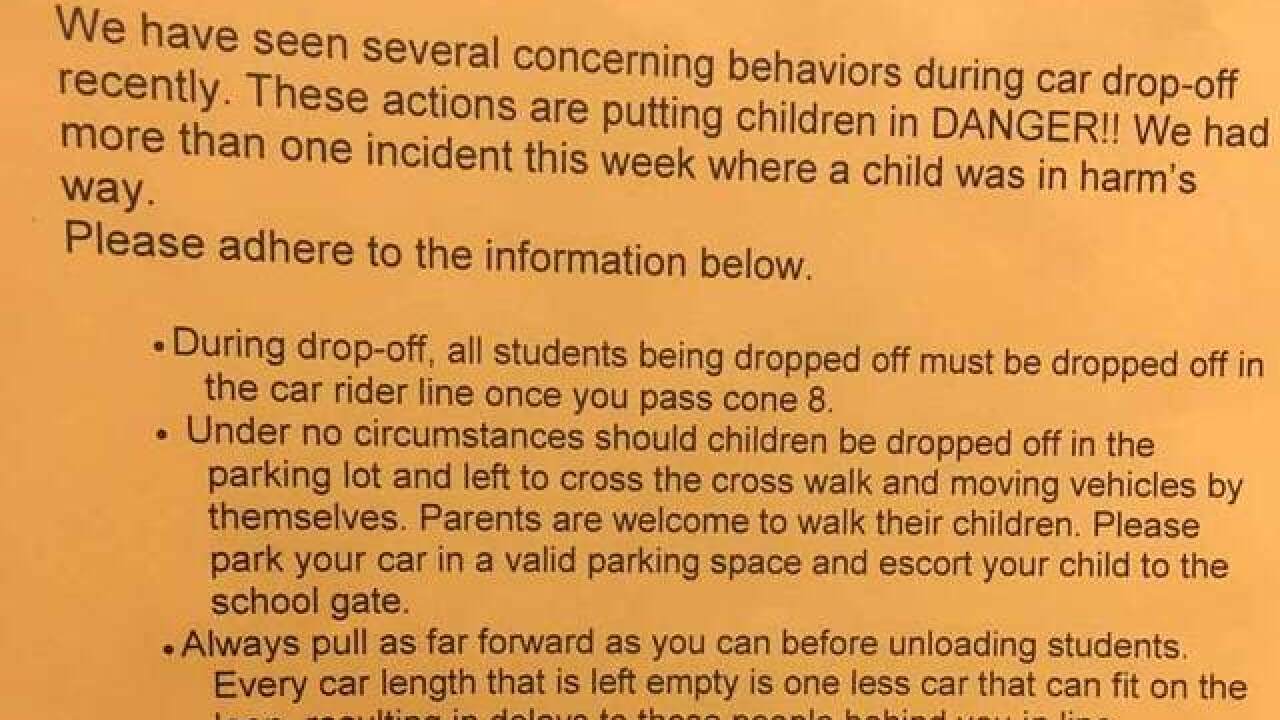 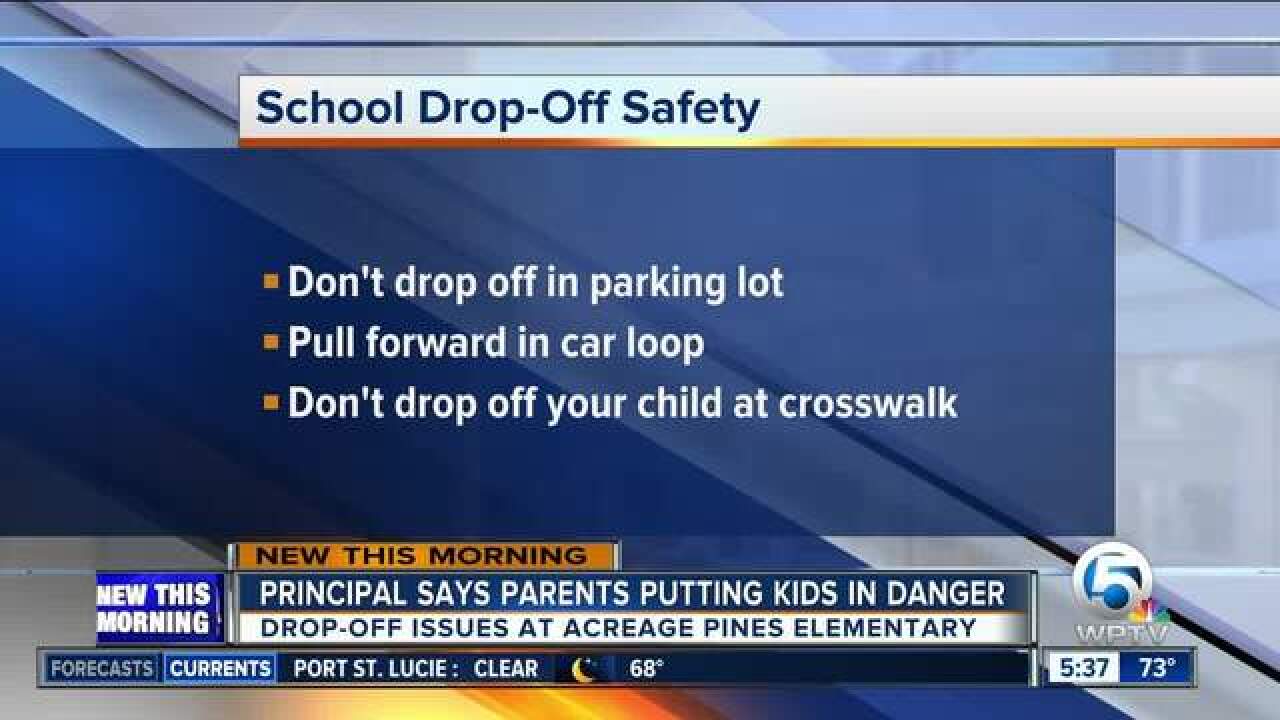 Drop-off dangers at a Loxahatchee elementary school have the principal reaching out to parents with advice.

A parent at Acreage Pines Elementary School shared a letter she received from principal Darline Karbowski this week.

The letter (scroll below to read full letter) tells parents that recent behavior is putting kids in danger, and more than one incident this week put a child in harm’s way.

Karbowski lists several things parents can do to help keep everyone safe.

The principal said students should not be dropped off in the parking lot and left to cross the crosswalk by themselves. Parents can walk their children inside, but need to park in a valid parking space and escort them to the school gate.

Karbowski advised parents pull as far forward as they can before letting kids out of the car in the car loop. Students must be dropped off once you pass cone 8.

The letter also asks parents not to stop at the crosswalk to let your child out of the car, and don’t use your cellphone so you can remain aware of others around you.

The school says it has reached out to the Palm Beach County Sheriff's Office for support and the district to conduct a traffic study on Orange Boulevard, which becomes backed up and leads to more backups in the car loop.

A representative from PBSO will be meeting with the principal to discuss strategies to improve the conditions around the school.  In the interim, the sheriff's office said deputies will be conducting traffic enforcement/monitoring in the area the next several days.

Traffic can get pretty backed up outside Acerage Pines Elementary in Loxahatchee. Principal sent letter to parents saying she’s asking for a traffic study and PBSO help. @WPTVpic.twitter.com/q2X5gW00L2