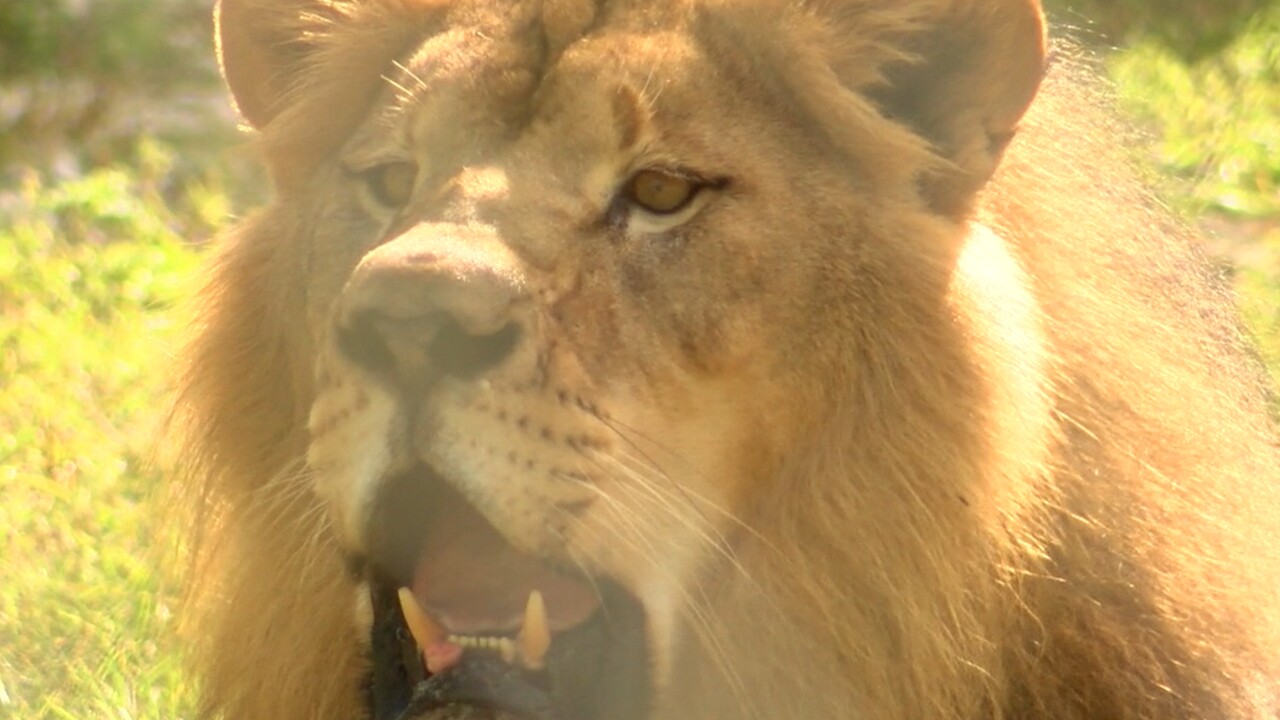 Copyright 2021 Scripps Media, Inc. All rights reserved. This material may not be published, broadcast, rewritten, or redistributed.
WPTV

The animal adventure park on Monday introduced WPTV to its two new male lions, Boone and Vander, who are brothers and both 6 years old.

Boone and Vander were recently relocated from the North Carolina Zoo to Lion Country Safari as part of the Association of Zoos and Aquariums' conservation plan.

"Boone and Vander are currently visible in the lion habitat intermittently, and as they get more comfortable and acclimated, they'll kind of set pace and let us know when they are ready to venture further into other habitats areas in the lion section," said Haley Passeser, a spokeswoman for Lion Country Safari.

With the addition of Boone and Vander, there are now 11 lions at the animal park.