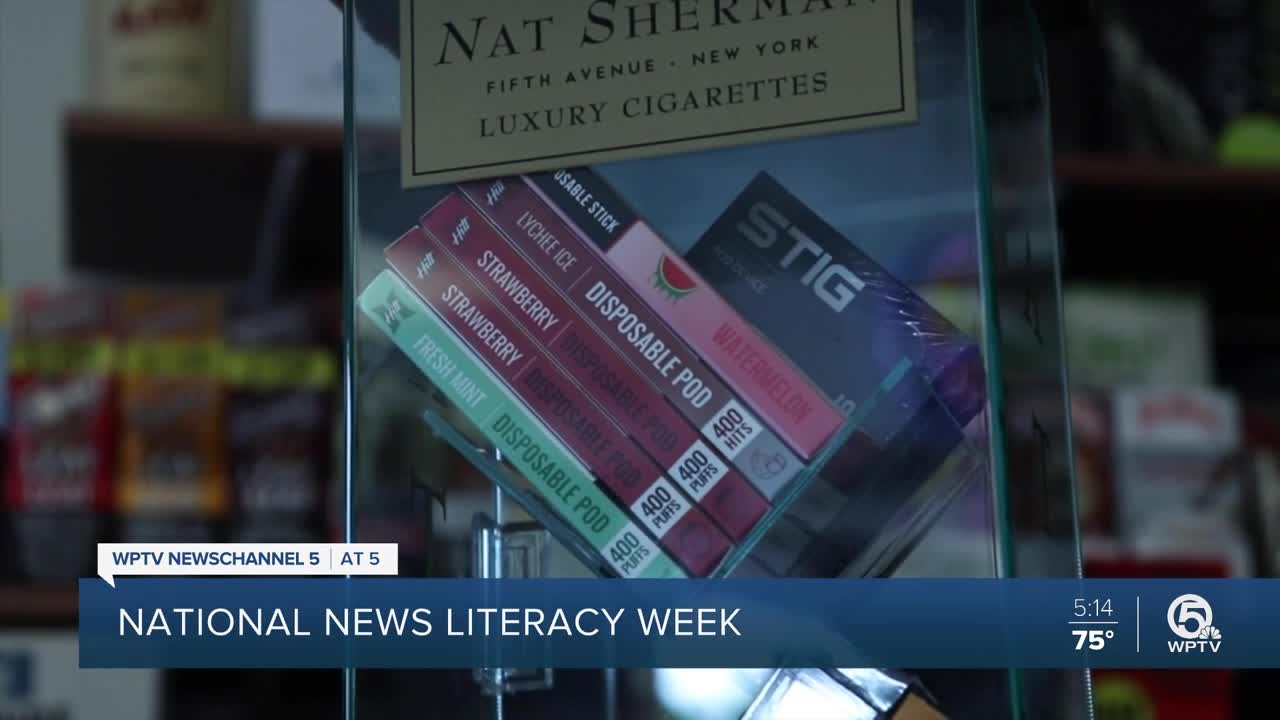 High schools react to the increasing use of vaping among students. WPTV worked with the News Literacy Project to partner with Seminole Ridge High School Production students on this story. 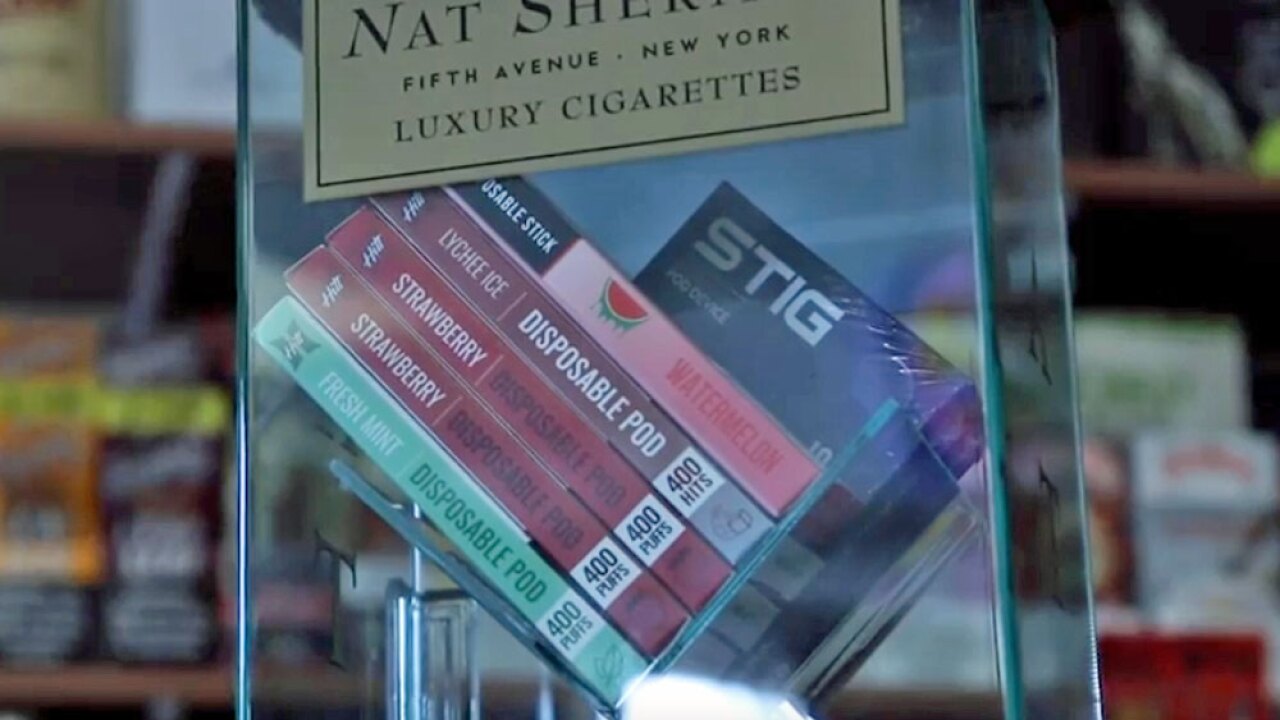 Editor’s Note: This report is part of our efforts to highlight National News Literacy Week. WPTV worked with the News Literacy Project to partner with Seminole Ridge High School Production students on this story.

WESTLAKE, Fla. -- In recent years, the usage of E-cigarettes among teenagers has risen to shocking levels.

As of January 1, a new federal law has made it illegal to sell E-cigarettes, as well as other tobacco products to those under 21. With 568 already reported cases across the district this year, the principal of Seminole Ridge High School, Dr. James Campbell, has said it is a necessary precaution.

“It has taken over a great deal of the discipline issues here, and it’s a concern because we’ve had to send kids to the emergency room multiple times because of the vaping that they had been doing," he said.

Not only are kids finding easier ways to obtain these E-cigarettes, many are becoming craftier in how they go about concealing their vaping devices.

Dean of students at Seminole Ridge High School, Scott Barnwell, said students are becoming more creative. He says many students have hollowed out glue sticks, and highlighters to disguise their E-cigarettes. “Vapes are getting tougher to find because kids are hiding them in places they shouldn’t. Last year we confiscated a few hundred."

Although vaping has proven to be a major problem among high schools across the country, many middle schools have begun to see the impact these devices continue to have on their students.

Osceola Creek Middle School Principal Brian McClellan has said that they have already started to see an increasing issue developing.“It impacts obviously student health; that’s the first concern we have when students are starting to expose themselves to dangerous chemicals."

The ban President Trump enacted at the beginning of this year prohibits the use of all fruit-flavored vapors in hopes of decreasing the number of adolescent users. However, Julie Heslin, the owner of A Smokers Delight, a vape shop in Westlake, has said she disagrees.“I don’t think fruit flavors were an enticement to kids because as an adult I vape, and I prefer a flavor."

The raise in age from 18 to 21 to purchase tobacco products was intended to make it more difficult for underage buyers to obtain these E-cigarettes, and become addicted.

Resident Steven Heine, says he has seen how vaping can affect a person's health and agrees that the age change will be a good way to fight this issue. “I think it’s a great way to combat it. It’ll make it harder for people to find other people to get it for them."

A study by Harmony Healthcare IT has reported that 79% of teens say they feel safe vaping, and the number of underage users continues to grow with easy access to products. By getting products from vape shops placed right across the street from schools, or the closest gas station to their campus, students can easily find what they’re looking for.