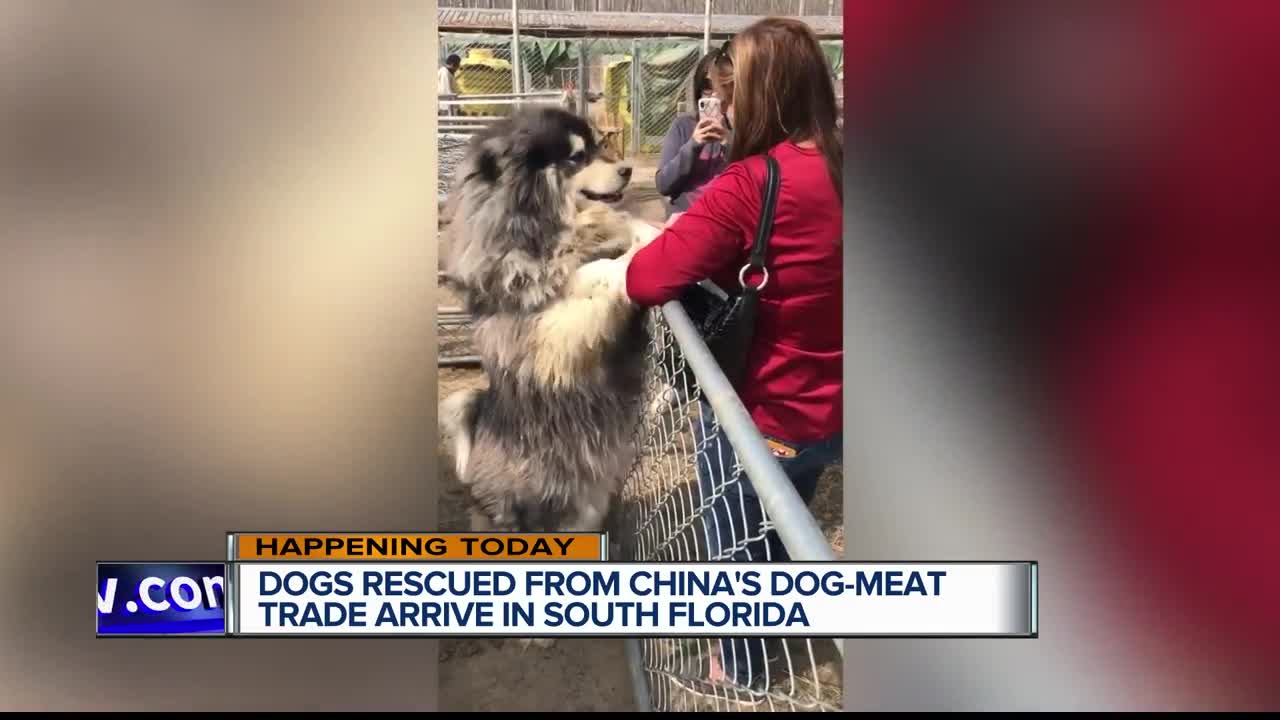 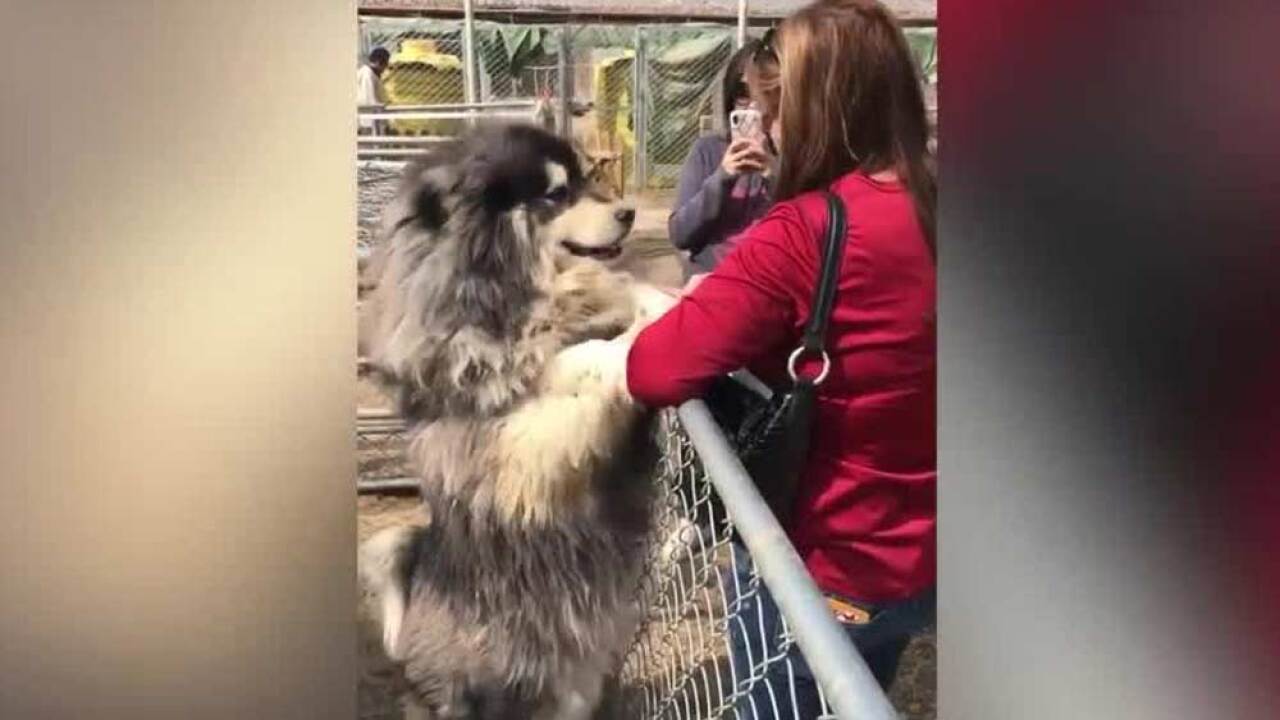 In January a group of Monks in China pleaded with Big Dog Ranch Rescue to save dogs that were being abused then were to be eaten as a delicatessen in China. After working out approvals with USDA, coordinating international flights, and working on permitting the canines arrived in Loxahatchee via bus this afternoon at 3:15 p.m.

It cost about $1500 a dog for the rescue and the money was specifically raised at an event for Big Dog Ranch.

"I want to spread the word, I want to get other people involved, I wanna' help save the lives that I've seen, that I know about, and I want this China meat trade to stop," says Lauree Simmons, President and Founder of Big Dog Ranch Rescue.

You can help, by adopting a dog at Big Dog, that will help make room for these rescues. There are pure-breed Golden Retrievers, Samoyeds, and more. They will be up for adoption after they get out of quarantine in two weeks.

Previous Coverage
A dog rescue group from Palm Beach County traveled to China this week to rescue more than 30 dogs from the dog-meat trade.

According to a written statement from Big Dog Ranch Rescue, they received an urgent plea from monks about multiple animals that needed help.

The organization said they dispatched a team and departed for Asia over the weekend and returned to the ranch with 37 dogs on Thursday.

“A fellow rescuer in China alerted us to the situation where a breeder suddenly had to close and sell all his purebred dogs to the “meat trucks” for under a $1 per pound. A group of monks wanted to save these dogs but found that they could not afford to support them … that is where we stepped in,” said Simmons.

Eight more dogs were transported on a separate flight from Beijing.

The group said they navigated import permits and USDA approvals in order to save the dogs’ lives and bring them to South Florida.

Donations raised at a March 9 fundraising event were used to support the overseas rescue.

The rescue group said among the dog rescued included: Golden Retrievers, poodles, Samoyeds, a Schnauzer and other breeds.

Big Dog Ranch Rescue, based in Loxahathcee Groves, prides itself as “the largest cage-free, no-kill dog rescue in the United States.”