LOXAHATCHEE GROVES, Fla. — Sixteen horses have been removed from a Palm Beach County property, and one horse has been found dead, which Animal Care and Control says is now part of an animal cruelty investigation.

"It was clear that these animals had been neglected for awhile," said Capt. Dave Walesky with ACC.

The Palm Beach County Sheriff's Office said it served a warrant Friday around 8:30 a.m. at a property on A Road in Loxahatchee Groves after receiving an anonymous complaint. 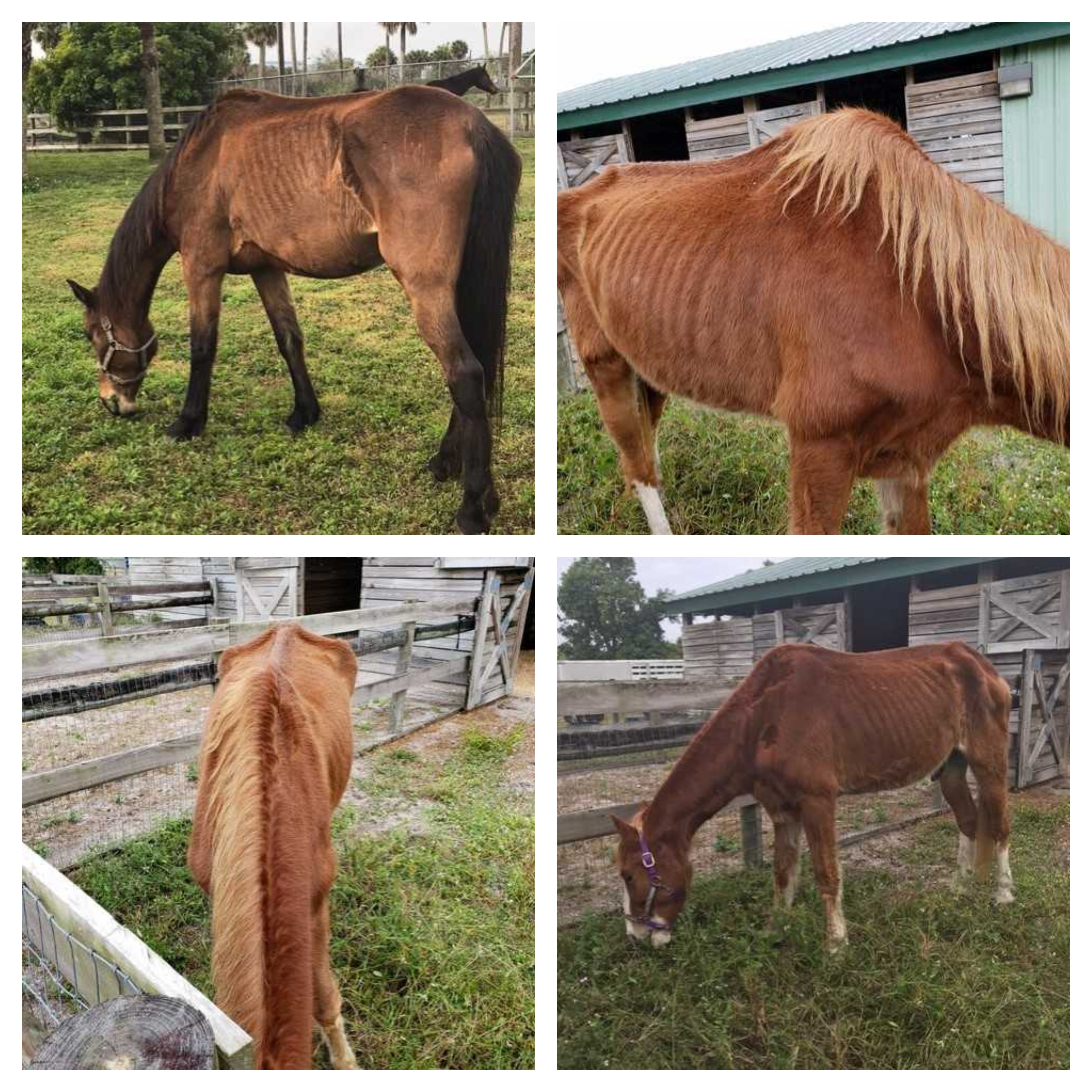 PBSO said one horse was deceased, and the other 16 animals are now in the custody of ACC and getting tested.

"The horses are in various states of emaciation, severely underweight, and there's serious concern for their well being," said Capt. Walesky. "It's been an ongoing investigation, and it was the time to bring those animals out of there and get them here. It was clear they were not going to get any better where they were at."

A sign over the driveway of the property reads Amaryllis Acres.

HORSES SEIZED: The @PBCountySheriff served a search warrant at a property on A Rd in Loxahatchee Groves after anonymous complaint horses were being treated unfairly. PBSO says 16 horses were removed + 1 was found dead. ACC says it’s part of an animal cruelty investigation. @WPTV pic.twitter.com/y6a5Dzpqnw