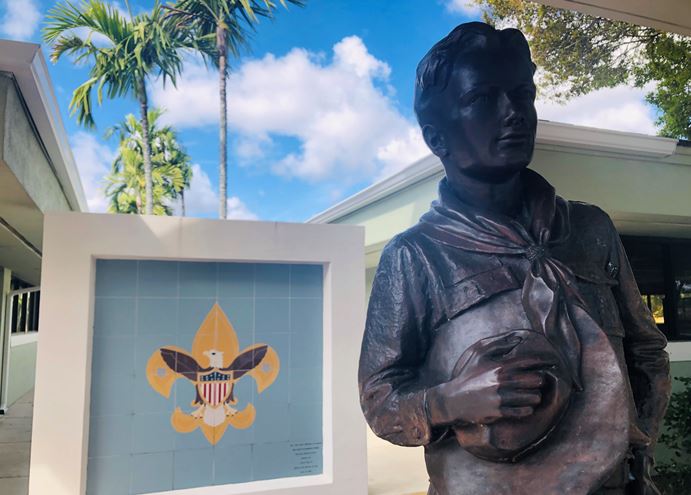 For the first time in its 110-year history, the Boy Scouts of America filed for bankruptcy under Chapter 11 of the U.S. Bankruptcy Code. It was filed to achieve two key objectives: equitably compensate victims who were harmed while Scouting and to continue the BSA mission.

PALM BEACH COUNTY, Fla. — For the first time in its 110-year history, the Boy Scouts of America filed for bankruptcy under Chapter 11 of the U.S. Bankruptcy Code. It was filed to achieve two key objectives: equitably compensate victims who were harmed while Scouting and to continue the BSA mission.

The filing has left families in South Florida wondering what the impact it will mean for their Scouts.

“We want to be good stewards of our children – our children’s future,” said Douglas Kennedy, the parent of three Boy Scouts of America members.

Kennedy was a Cubby in the late ’70s and knew he wanted his children to be a part of the century-old organization. His daughter is also a member.

“She’s got this mindset where she’s like ‘I’m going to be the first female Eagle Scout’ – and I’m like you can do it. Go for it,” said Caroline Kennedy.

The Kennedy’s children are part of 7,600 youth within the Boys Scouts of America: Gulf Stream Council whose parents received a formal letter when the national organization filed for bankruptcy.

“I agree that anybody that was harmed should be taken care of,” said Douglas.

“First and foremost – one victim is one victim too many,” added Terrence Hamilton, BSA Gulf Stream Council CEO and scout executive.

Hamilton says it’s “business as usual” for the Gulf Stream Council's seven counties. They're legally separate and financially independent from the national organization.

On Tuesday, the Scout Store was operating as normal and activities were being planned.

Meanwhile, at the national level, the president and CEO says a proposed Victims Compensation Trust will provide compensation to all victims while maintaining the BSA mission.

Moreover, local councils, which provide programming, financial, facility and administrative support to Scouting units have not filed for bankruptcy. They are legally separate and financially independent from the national organization.

“The BSA cares deeply about all victims of abuse and sincerely apologizes to anyone who was harmed during their time in Scouting. We are outraged that there have been times when individuals took advantage of our programs to harm innocent children,” said Roger Mosby, President and Chief Executive Officer in a press release. “While we know nothing can undo the tragic abuse that victims suffered, we believe the Chapter 11 process – with the proposed Trust structure – will provide equitable compensation to all victims while maintaining the BSA’s important mission.”

The Boy Scouts of America also signed a five-year-partnership with the organization 1in6 to both support – and encourage survivors to come forward.

To learn more about the landmark 1in6 partnership, click here.