Exclusive video shows PBSO deputies taking down suspect on I-95 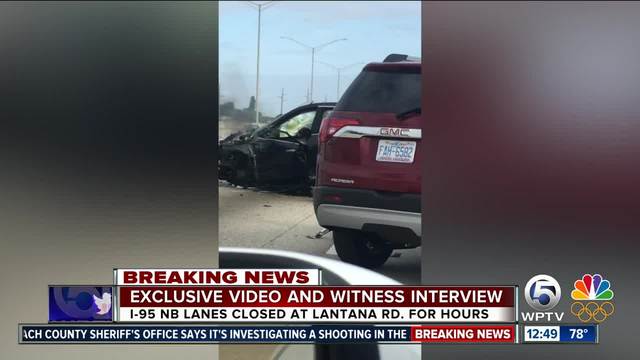 PBSO deputies can be seen surrounding a driver accused of shooting a woman and driving the wrong way on I-95, causing multiple accidents. 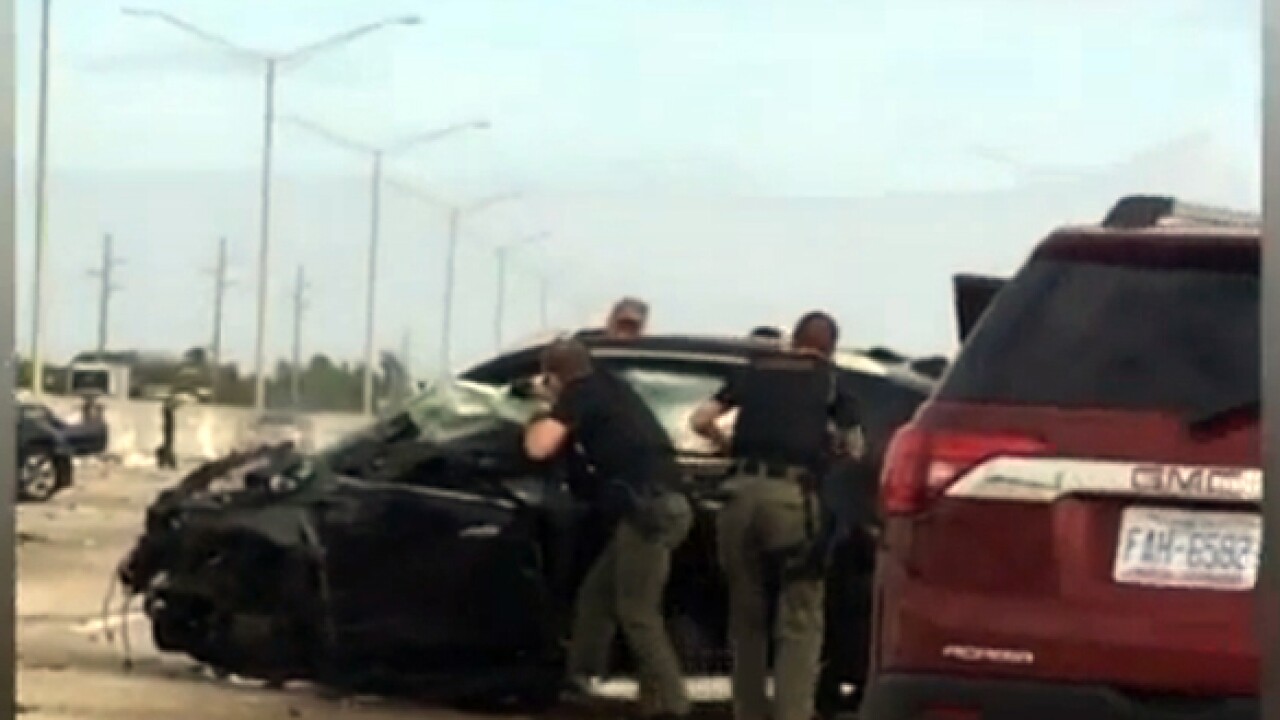 A woman who was directly behind the suspect's vehicle on I-95 provided WPTV with exclusive video she recorded and described what she saw.

The video shows deputies surrounding the car, which had been involved in a crash.

A Palm Beach County Sheriff's deputy shot a man accused of driving the wrong way on I-95 after that man shot and killed a woman around 9:30 a.m. Wednesday in the 1600 block of S. Dixie Hwy. in the Lake Worth area and put her in a Black Nissan Rouge, according to Sheriff Ric Bradshaw.

Watch the video below or in the player above.