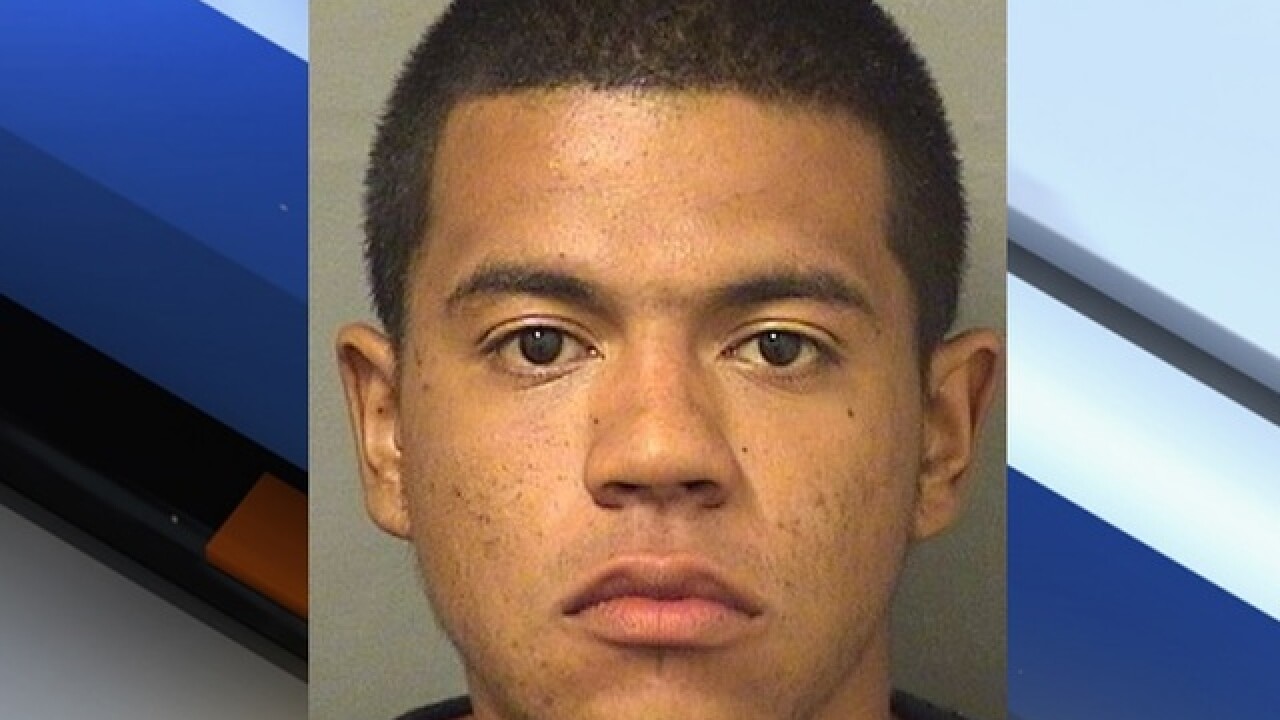 A Wellington man is accused of sexually assaulting a Lake Worth woman after crawling through her kitchen window at night, according to a Palm Beach County Sheriff’s Office report.

Deputies say when they arrived to help the woman on Aug. 18, Edwin Calle jumped out of a second story window of the apartment.

Deputies went to the apartment after a neighbor called 911, saying they saw a nude woman dragged by her neck by a nude man, the report states.

Investigators said the woman opened the door to deputies and said, “Help me, he is inside.”

Calle, 21, jumped out the window and ran, deputies say. A PBSO K9 caught Calle and deputies arrested him.

The woman said her two daughters were home sleeping at the time. She told detectives she woke up to Calle standing next to her bed with a cellphone light on and then he sexually assaulted her.

One of her daughters woke up and Calle went to check on her, the report states.

With Calle distracted, the woman said she ran outside and banged on several neighbors' doors, screaming for help.

Investigators said Calle grabbed the woman, dragging her back into the apartment and sexually assaulted her again.

Calle admitted crawling through the woman's window to have sex with her, the report states. He told deputies he also hid her cellphone so she couldn’t call 911.

Records show the woman was previously in a relationship with Calle. He was arrested in July, accused of domestic battery on the victim. The woman has a restraining order on Calle, and it was active at the time of the alleged sexual assault.

He is being held at the Palm Beach County Jail without bond.