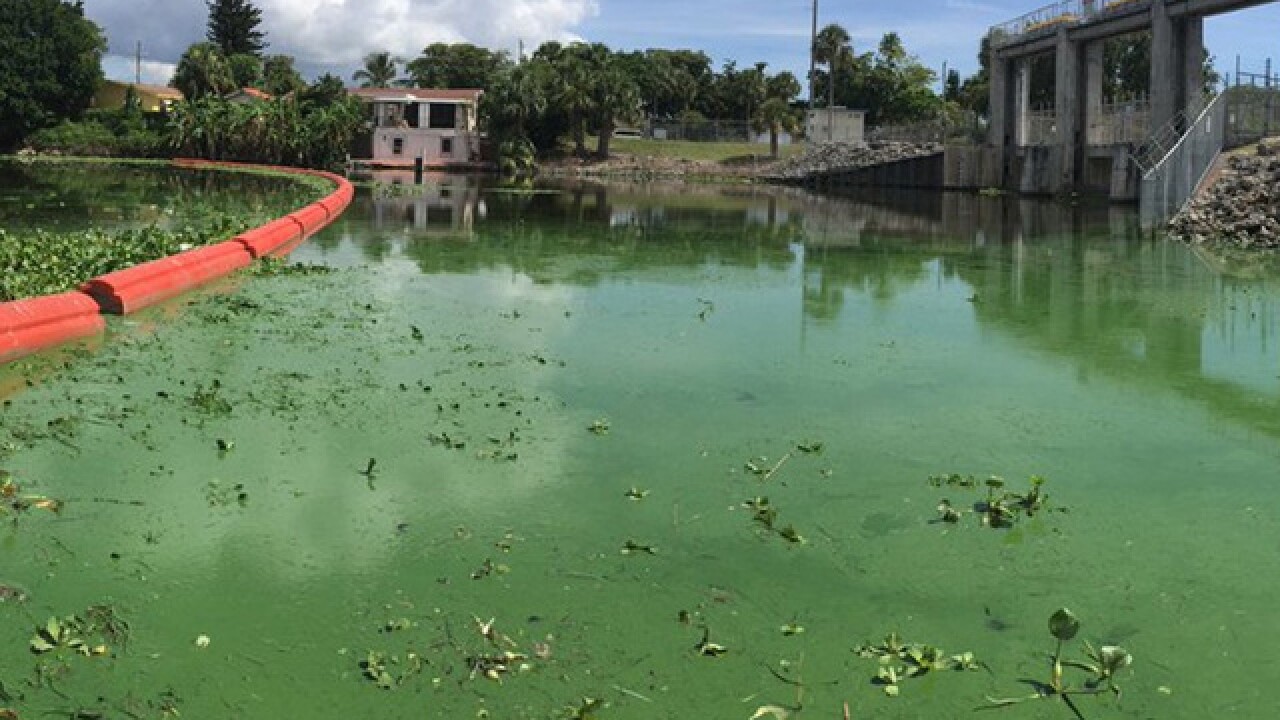 The concerns over blue-green algae are now spreading into Palm Beach County.

Early Tuesday morning you could see the bright green slime above the West Palm Beach Canal for miles.

By the afternoon, much of the algae had cleared up, but what was concerning for residents is they say they’ve never seen it look that bad before.

“It’s a problem, a problem we definitely have to deal with,” said Luis Carvajal. He lives in Lake Worth, just two houses down from the canal.

He started getting concerned after there were reported sightings of blue-green algae at Summa Beach last week.

But then he saw it Tuesday morning in the canal.

“We enjoy our water and want to be able to use it safely,” said Carvajal. “We’re a little worried. Hopefully they get to the root of the problem.”

On the West Palm Beach side of the canal is raw food Chef Robert Schrotenboer with Darbster’s Waterfront Dining.

“I’ve never seen that much of it that green at our waters edge before,” said Schrotenboer.

Besides the concerns related to the look and smell of the algae, for this restaurant theres an added level of concern.

“We’re a vegan restaurant, animal welfare. Whatever it does to the fish and the birds and the whole food chain, dolphins. There’s concerns at every level.”

Tuesday morning the organization took two water samples from the canal. One was right near Spillway Park at the Lake Worth city limits. The other sample was taken near Wellington.

Those samples will be sent to the Florida Department of Environmental Protection to determine if it is in fact blue-green algae and then if it’s toxic.

The SFWMD says algae blooms in the canal are normal, especially this time of year. However, it still leaves many asking, whats causing such a big bloom?

“It’s caused by the high nutrients of which there are numerous sources. Lake Okeechobee is likely one of the sources,” said Randy Smith , a spokesperson for the SFWMD. “The local basin runoff would likely be one of the sources. You combine that with the temperature conditions, it’s something thats been occurring for many many years.”