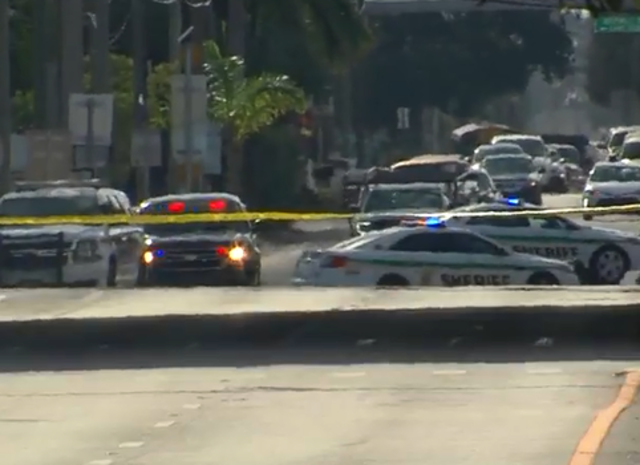 Officials say the vehicle is possibly an older model Toyota, Corolla or Camry, possibly gray. The vehicle should have damage to the front passenger side headlamp and possibly a broken windshield. The vehicle was possibly driven by a Hispanic male. 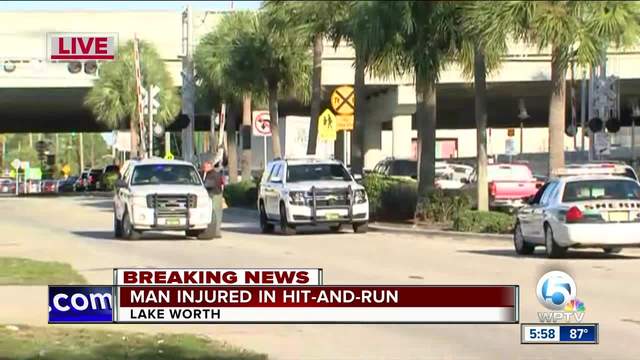 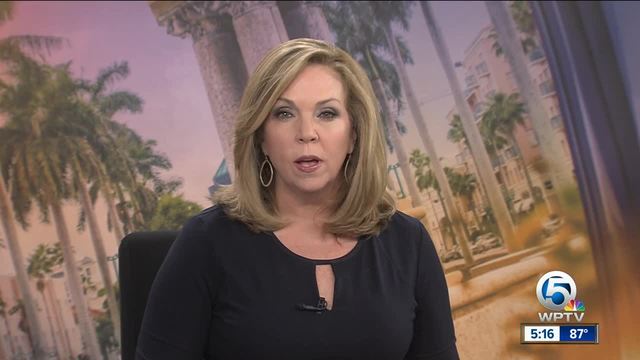 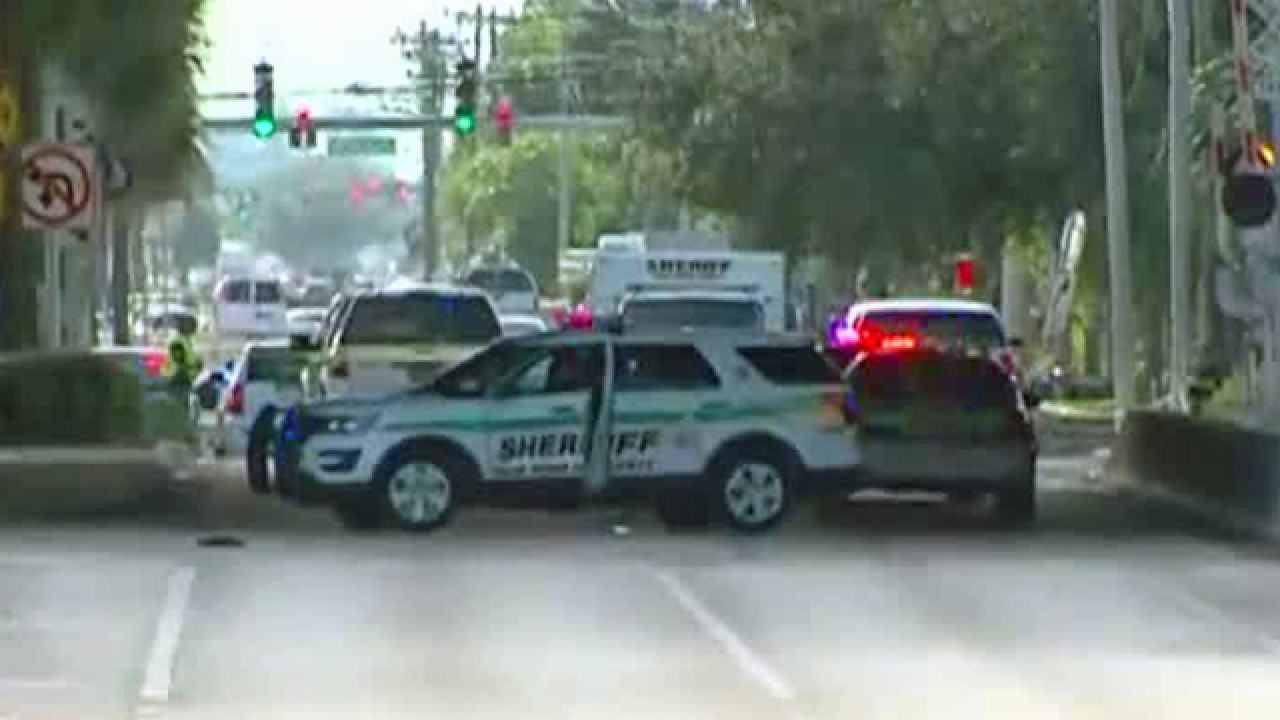 The Palm Beach County Sheriff's Office said a vehicle struck a pedestrian Tuesday afternoon near Lake Worth High School and fled the scene, leaving the victim in serious condition.

The incident happened around 3 p.m. in the 1800 block of Lake Worth Rd. near Holiday Drive.

PBSO said a car was westbound on Lake Worth Road, traveling in the inside lane according to witnesses.

The vehicle approached the railroad tracks and passed a stopped school bus, which was occupying the outside westbound lane.

The victim, Timothy M. Lizardi, 32, of Lake Worth, was attempting to cross Lake Worth Road from north to south, crossed in front of the stopped school bus and into the path of the vehicle.

Lizardi was struck and vaulted onto the hood and roof of the car before falling to the ground.

PBSO said the driver that hit Lizardi stopped next to the victim.

A passenger, described by PBSO as a younger Hispanic male, exited the car and looked at Lizardi. The passenger then got back into the car, which fled westbound.

First responders said Lizardi was lying in the road when they arrived.

A helicopter was dispatched and took him to a hospital for treatment.

Officials said the vehicle is possibly an older model Toyota Corolla or Camry, possibly gray. The vehicle should have damage to the front passenger side headlamp and possibly a broken windshield.

Anyone with information regarding the vehicle is asked to contact Crime Stoppers or Investigator Loudermilk at 561-688-3400.