Pedestrian killed in hit-and-run crash in suburban Lake Worth 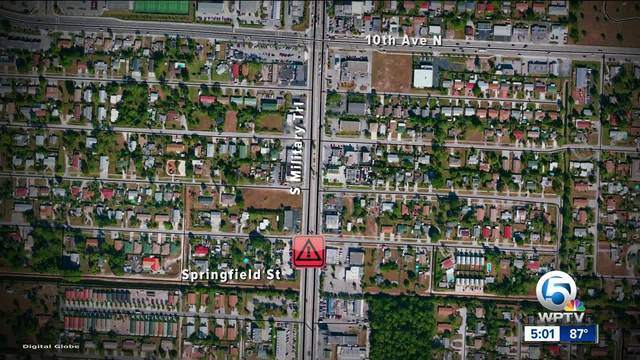 A man was struck and killed early Sunday in Lake Worth. PBSO are searching for the driver. 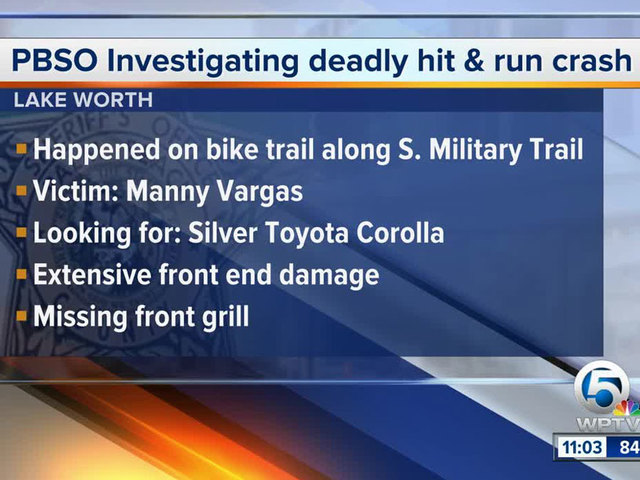 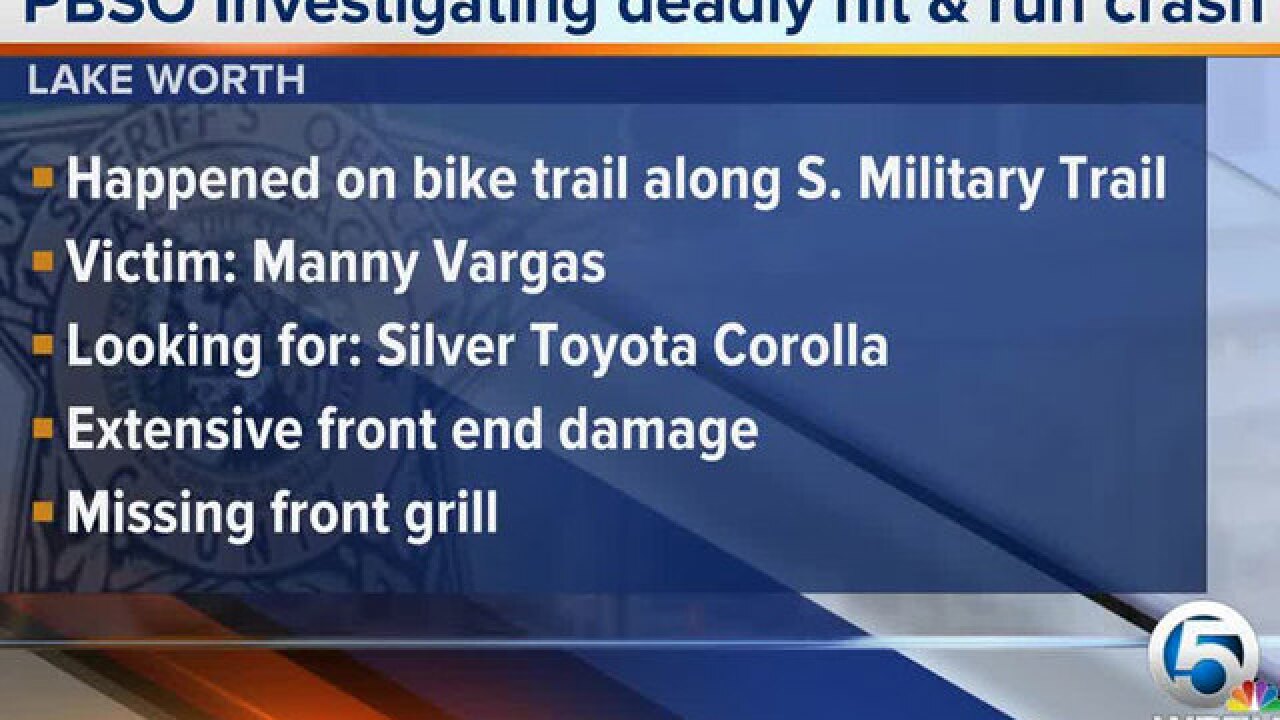 Deputies are looking for the driver involved in a fatal hit-and-run crash that killed a pedestrian early Sunday morning in suburban Lake Worth.

The Palm Beach County Sheriff's Office said the pedestrian, Manny Vargas, 38, of suburban Lake Worth was walking southbound along the bike trail on South Military Trail.

The vehicle, described as a 2005-2007 silver Toyota Corolla, was heading southbound in the outside lane and entered the bicycle lane and hit Vargas.

The Corolla fled the scene, leaving Vargas on the side of the road.

PBSO said the vehicle should have extensive front end damage, including the front grill missing.