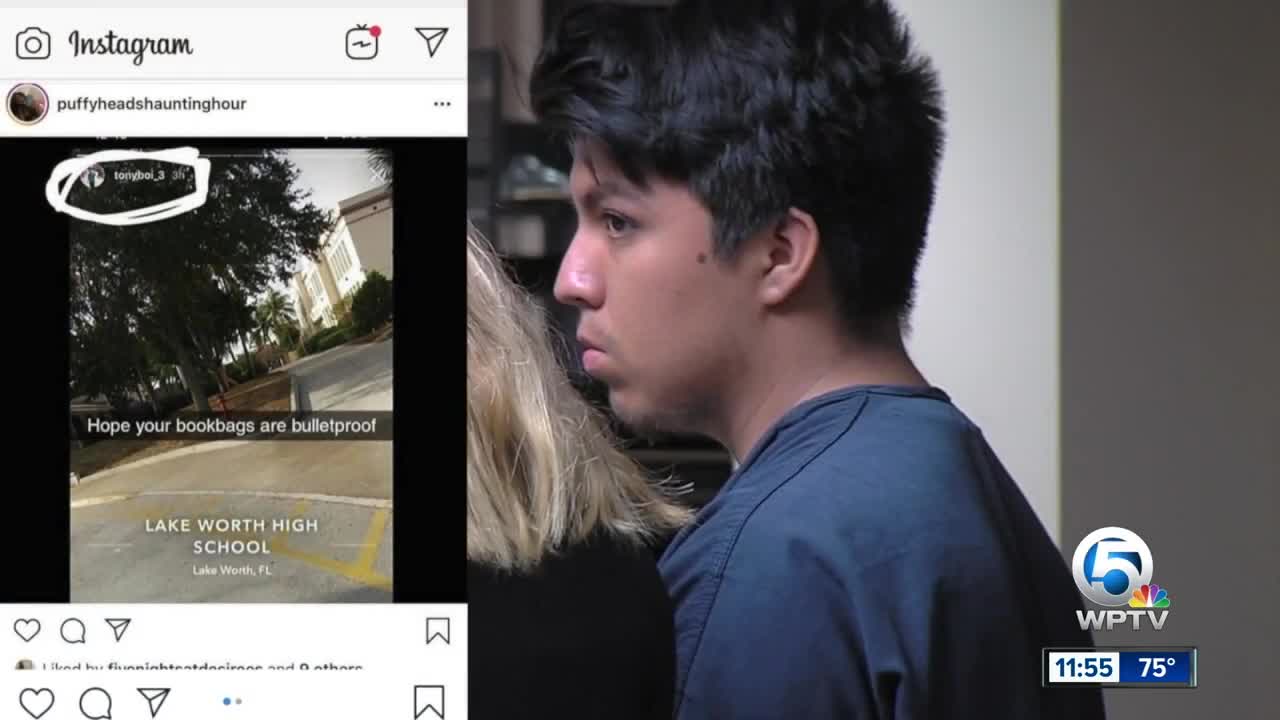 n arrest has been made in connection to the Lake Worth High School threat, according to the Palm Beach County Sheriff's Office. 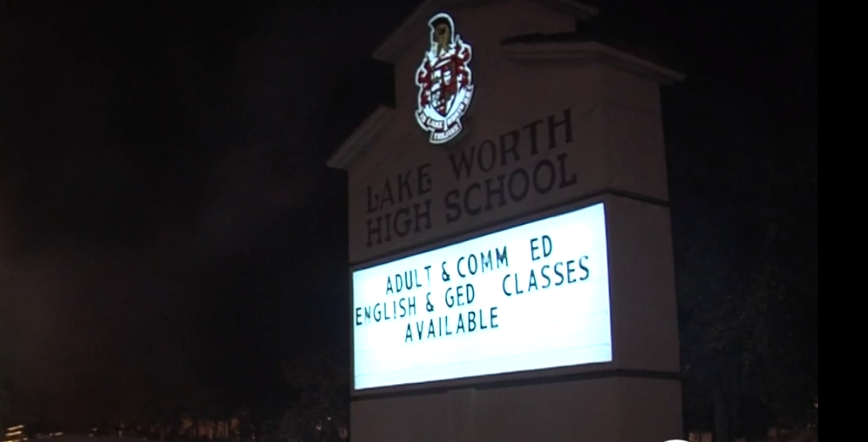 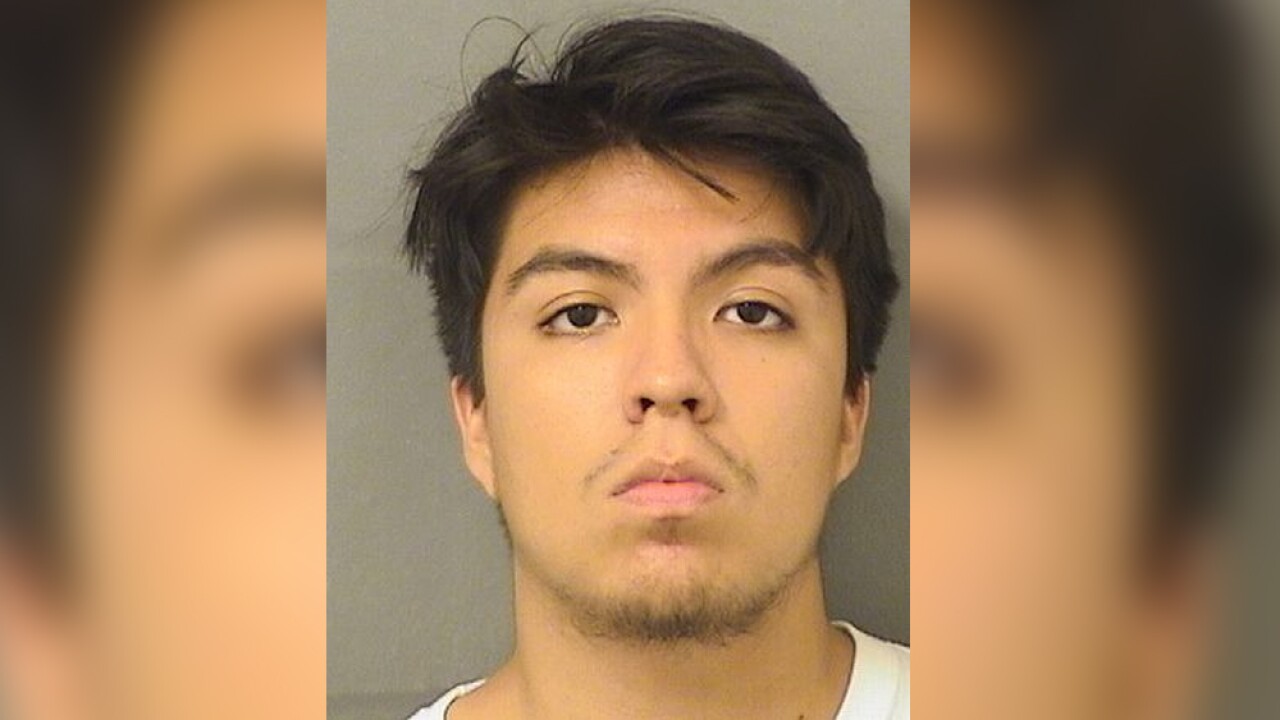 LAKE WORTH BEACH, Fla. — An arrest has been made in connection to the Lake Worth High School threat, according to the Palm Beach County Sheriff's Office.

Officials say the suspect, 19-year-old Antonio Ruiz, was arrested Monday evening on charges of written threats to kill, do bodily injury, or conduct a mass shooting or an act of terrorism.

According to his arrest report, Ruiz posted a photo of Lake Worth High School on Instagram with the text, "Hope your bookbags are bulletproof."

PBSO said surveillance video showed Ruiz taking a photo of the school on Monday around 9 a.m. before entering the main office.

A school resource officer said "Ruiz was possibly at the school to get his high school transcripts since he had graduated last year from Lake Worth High," according to an arrest report.

Detectives said Ruiz admitted to posting the threat on Instagram and Snapchat, adding that he posted it "because he and his friends play pranks on each other and it can be insensitive at times but was only playing a prank."

In court on Tuesday, a judge ordered Ruiz to have no contact with any schools in Palm Beach County. He also can't use the internet. His bond is $5,000.

Additional police were on campus Tuesday as an added precaution.

This is the second school-threat related arrest made Monday. A 13-year-old was also arrested for making a prank call Friday that led to Friday's Code Red lockdown at Loggers' Run Community Middle School.

The School District of Palm Beach County sent this message to parents:

"Good evening Lake Worth HS parents. This is the SDPBC calling on behalf of principal Dr. Elvis Epps. This is an update to an earlier call in which you were informed about a threat against Lake Worth High School. Palm Beach County Sheriff's deputies just arrested the suspect in that case. Deputies say this is an isolated incident, and the person believed to be responsible is in custody. Classes continue as normal tomorrow -- however, there will be an extra police presence on campus. I want to commend the excellent work of our School Police and the Sheriff's Office. Thank you for your support of LWHS."

Police remind students and parents that you can report suspicious activity at schools using the free Fortify Florida app.