Lake Worth Beach vigil sends message of unity amid unrest 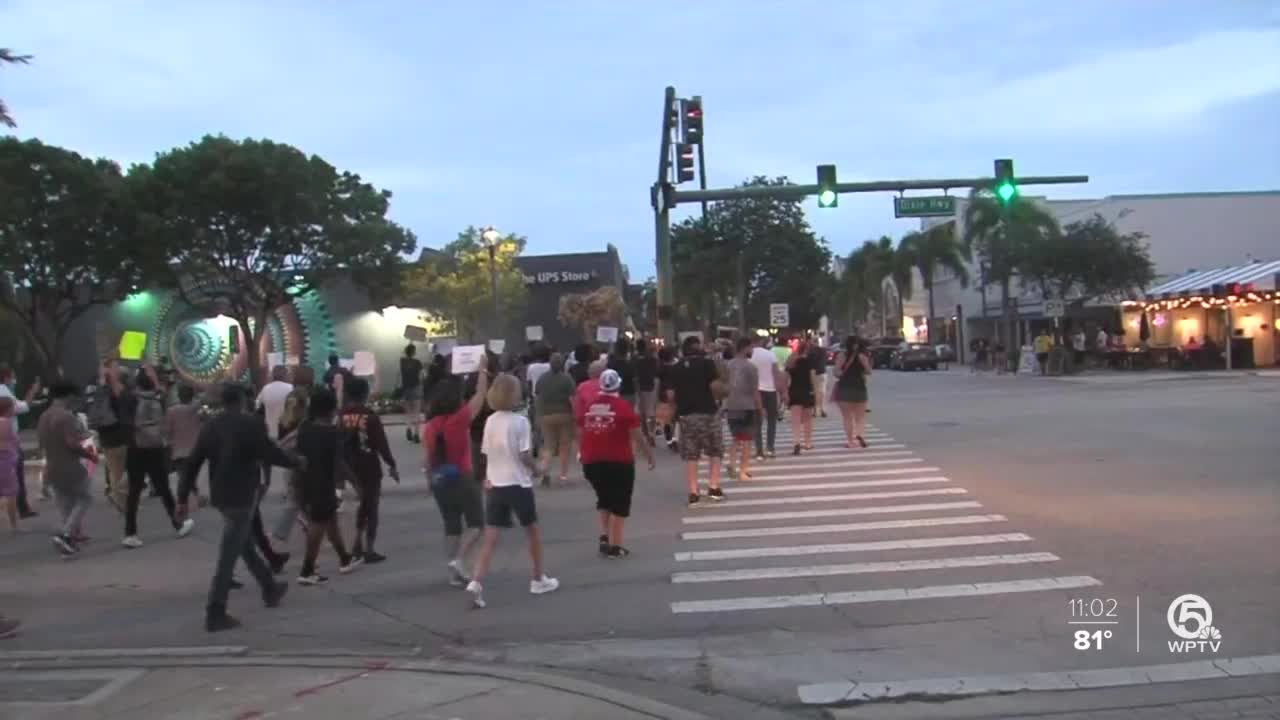 Crowds of people gathered outside Lake Worth Beach City Hall Saturday night to reflect on a week of unrest that rippled through America.

LAKE WORTH BEACH, Fla. — Crowds of people gathered outside Lake Worth Beach City Hall Saturday night to reflect on a week of unrest that rippled through America.

The group gathered in response to the death of George Floyd at the hands of a Minneapolis police officer.

Organizers were adamant about approaching the event with non-violence.

About 100 people met on the steps of city hall before walking in unison down Lake Avenue chanting “No justice, no peace” and “I can’t breathe.”

Deputies from the Palm Beach County Sheriff’s Office were present throughout the demonstration and escorted the crowds to block traffic during the march.

The demonstration ended at the Martin Luther King Jr. Memorial in the city’s cultural plaza.

“I felt I had to organize a peaceful gathering of my neighbors and show some love by not silently sitting by, as a bystander,” event organizer Mark Parrilla said. “I refused to let another murder at the hands of a police officer pass without taking peaceful action.”

Not all demonstrations across the country have been peaceful.

The protests started in Minneapolis days ago following Monday’s death of George Floyd.

A video shows a police officer pressing his knee on Floyd’s neck for more than eight minutes.

In the midst of violent responses to George Floyd’s death, Saturday night’s vigil in Lake Worth Beach maintained a somber and solemn tone.

A reverend also led the group in prayer and shared familiar words of equality and hope from Dr. Martin Luther King, Jr.

Organizers hope this expression of unity resonates throughout the region.

“I created this group in an attempt to help quell the pain I have felt since the very first news broadcast of this murder,” Parrilla said.