Juno, Lake Worth piers damaged by days of rough surf 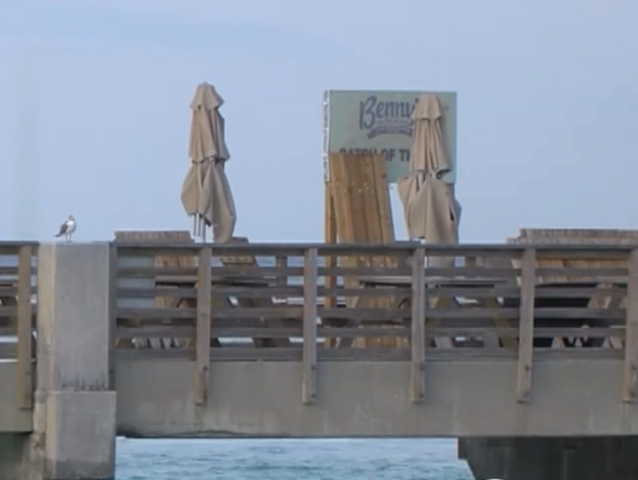 The rough surf has eased up a bit today, but the damage is done. The Lake Worth pier also took a beating from the days of strong surf. 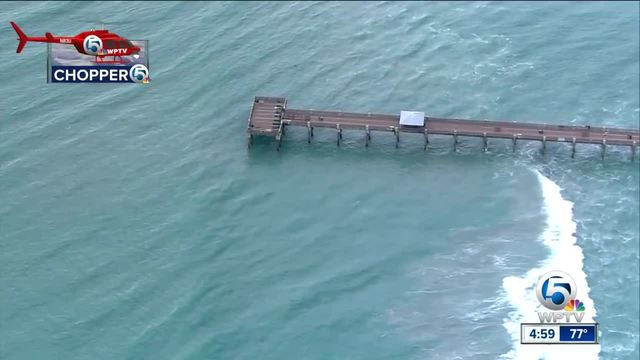 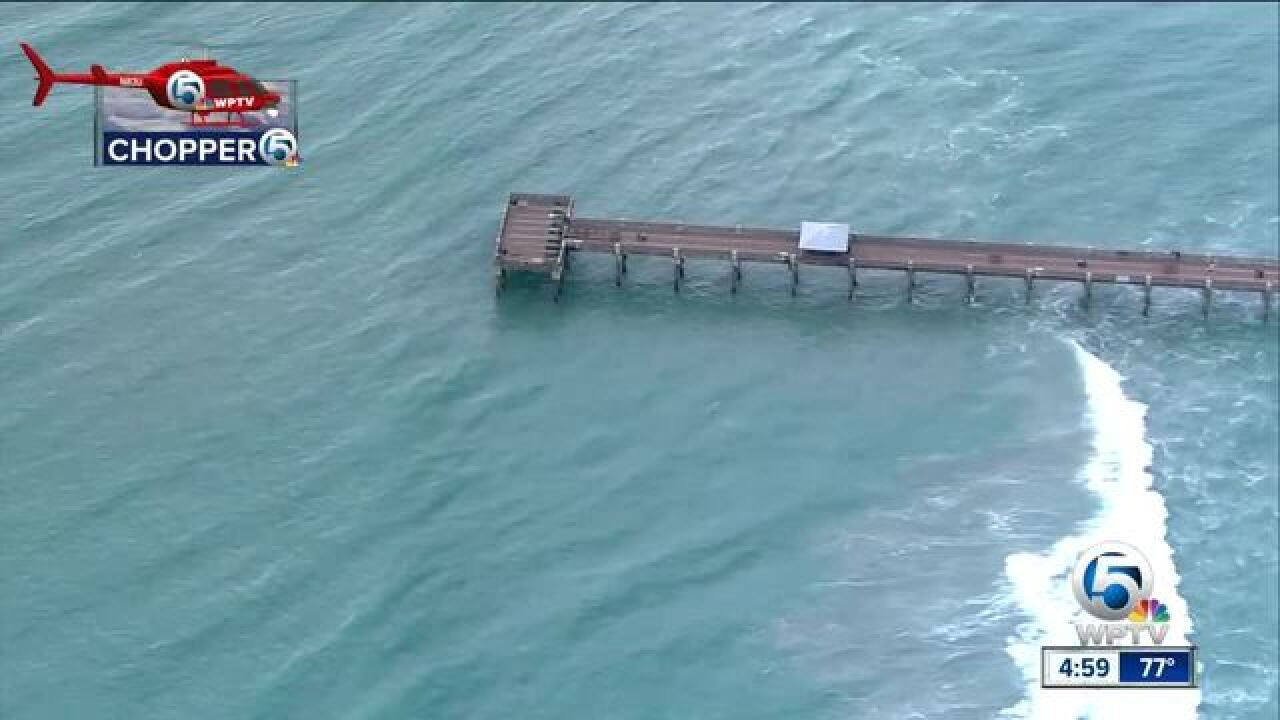 The rough surf eased up a bit Wednesday but the damage is done.

Exclusive Chopper 5 video of the Juno beach pier shows where several panels were blown out.

Wednesday morning, only part of the Juno Beach Pier was able

to reopen to the public. The other half is still closed while crews begin the repairs needed.

The Lake Worth Pier also took a beating from the days of strong surf. According to the city, about 20-25 of the panels were completely blown out or damaged.

"I’ve been here about four years and other than the two storms Matthew and Irma that came though, we’ve seen nothing at this scale,” said Justin McCall, the general manager of Benny’s on the Beach.

While the rest of the pier remains closed until further notice,

Benny’s has stayed open, but they had to make a few safety adjustments especially on Sunday. McCall said they decided to close the back section seating just in the nick of time.

“As I came out the door, less than three minutes later that table was hanging almost into the ocean so it was getting harry really quickly."

While things have calmed down for the most part, the restaurant is keeping with the precautions for just a little bit longer.

“We are keeping the last section the back six tables closed just until we are completely positive that these waves are gone,” said McCall.

While business at Benny’s has been going strong, that hasn’t been the case for everyone dealing with the rough water conditions.

"it adds up quick when we can’t run because of the weather,” said Sandy Brammeier, who owns and charters Ocean Quest Scuba. “Jumping off not so dangerous. Getting back on in rough seas is bad."

For safety reasons, she canceled all of her charters over the weekend through Wednesday.

“Like this past weekend I canceled full three boat charters, so you’re looking at a loss of about $2,500 to $3,000 for over the weekend."

And it doesn’t help things that there’s a cold front on the way.

“A lot of newer divers or tourist and stuff once you jump in the water and come back out it’s pretty cold on the boat in between dives.”

Brammeier says the dedicated divers, though, will stick out the cold weather.