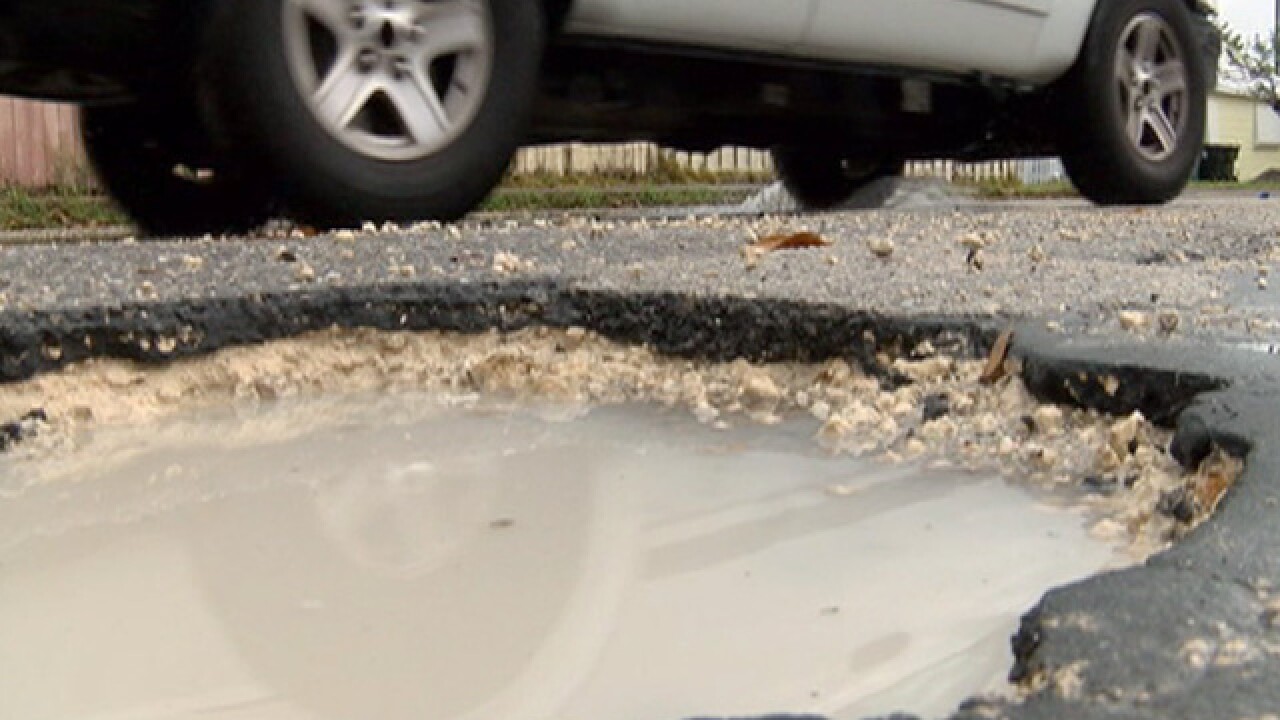 Heavy rainfall is leaving lots of potholes around Palm Beach County, especially in one Lake Worth neighborhood.

Potholes form when water seeps under gravel which is why they start showing up under heavy rains.

Neighbors hope city leaders do something about them sooner rather than later.

They're all over our area this time of year, but on 2nd Avenue South in Lake Worth, they are severe.

"Absolutely! I have never seen anything like that," says Else Kekki of Lake Worth.

Kekki says a stretch outside her home between Dixie Highway and J Street isn't getting better. She's not alone along this block. Randy Ferguson says just about everybody's had alignment issues. After driving down J Street daily the repairs have put a dent in his wallet.

"Probably about $500 that I normally wouldn't have to put into it," says Ferguson.

Lake Worth's City Manager says they are aware of the problem, but funds aren't there. A community-wide discussion will be held soon on where to come up with the money.

On 2nd Avenue, residents say they can't wait much longer.

"I, personally, will move," says Kekki.

City leaders are also paying close attention to the county-wide sales tax discussion as some of that money could go towards repairing potholes.