Fundraise held in Lake Worth for 8-year old losing sight 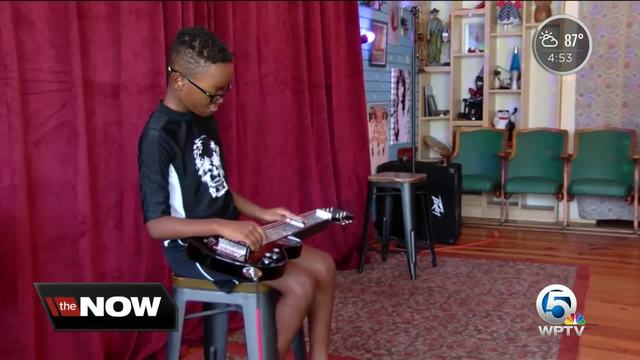 Miles Hoyt, an 8-year-old boy in Lake Worth is battling a disease that's causing him to lose his sight. But his gift for music is growing stronger than ever. 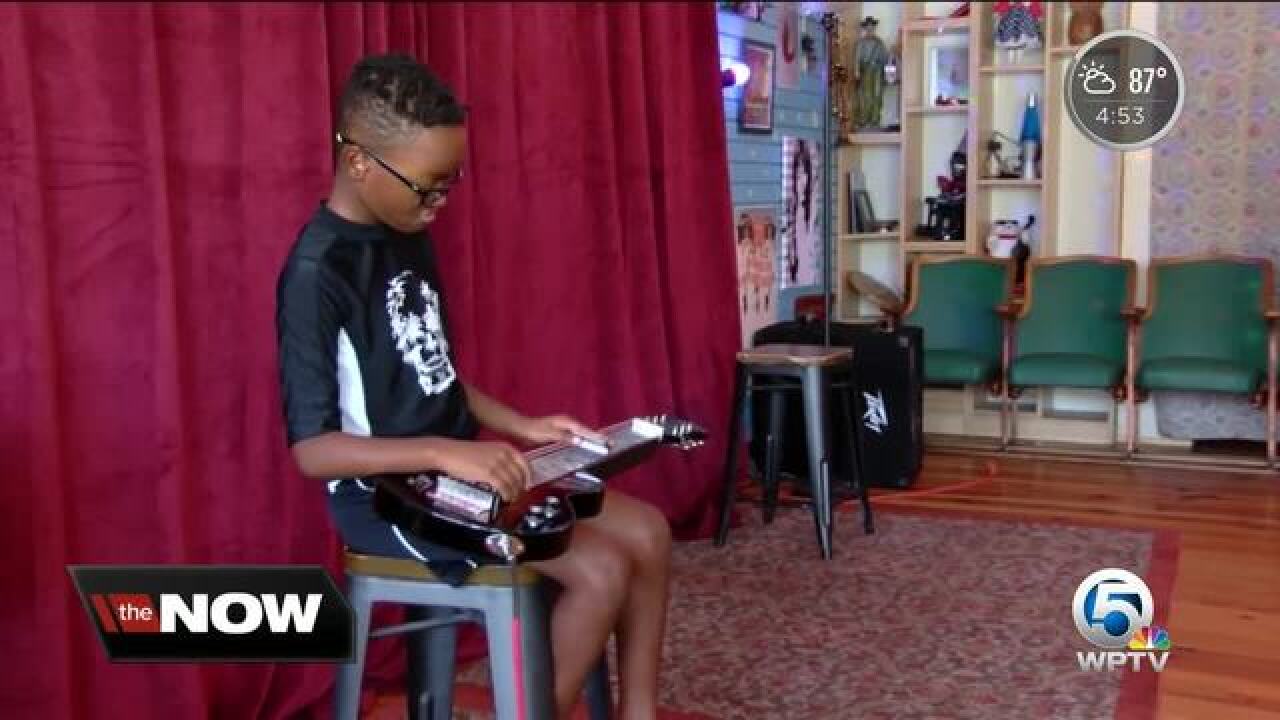 An 8-year-old boy in Lake Worth is battling a disease that's causing him to lose his sight.

But his gift for music is growing stronger than ever.

Although Miles Hoyt can't see the strings, he can certainly feel the spirit of his music through his guitar.

"His abilities go beyond what I can understand. And I've been playing guitar and bass for 30 years now," said Mike Hoyt, Miles's father.

His mother and father adopted him as an infant.

"We met him and immediately fell in love with him," said Renee, Miles's mother.

But when he grew older, they realized something was wrong when he was six years of age.

"Things just weren't as easy for him to see," said Renee.

After multiple, excruciating tests, Miles was diagnosed with Stargardt Disease.

"It's a pediatric form of macular degeneration," said Renee. "We had to confirm with genetic testing and a number of tests that are really so difficult that a 6-year-old should never go through."

"I was seeing black, blue, all over my vision," Miles said.

Miles's eyesight continues to degrade each year but that has not slowed him down in any way. He's been playing guitar since he was 4.

"When he was two-years-old, he would sing nursery rhymes and pick up a toy shovel and pretend it was a guitar," said Mike.

And now, he plays the blues with ease, memorizing string patterns. He is especially skilled at improvising with other musicians during jam sessions.

"I just get into it," said Miles. "When my eyes are good, I take that, and I remember that in my head so that when my eyes are bad, I can still remember where the notes are."

Over the weekend, his family hosted a fundraiser at Rudy's Pub on J Street in Lake Worth. Proceeds were earmarked for the Foundation Fighting Blindness.

"They are pumping funding into research to enable cures to be discovered," said Renee.

Some days are better than others for Miles.

"Sometimes I can't see a thing because my eyes hurt so much," he said.

But either way, he'll keep on playing.

"It's in his soul, it's everything to him," said Mike.

Saturday's fundraiser was called "Smiles for Miles," and it ran from 3 p.m. to 7 p.m. at Rudy's Pub on J Street in Lake Worth.