'BBQ for Peace' held in Lake Worth Beach on Sunday 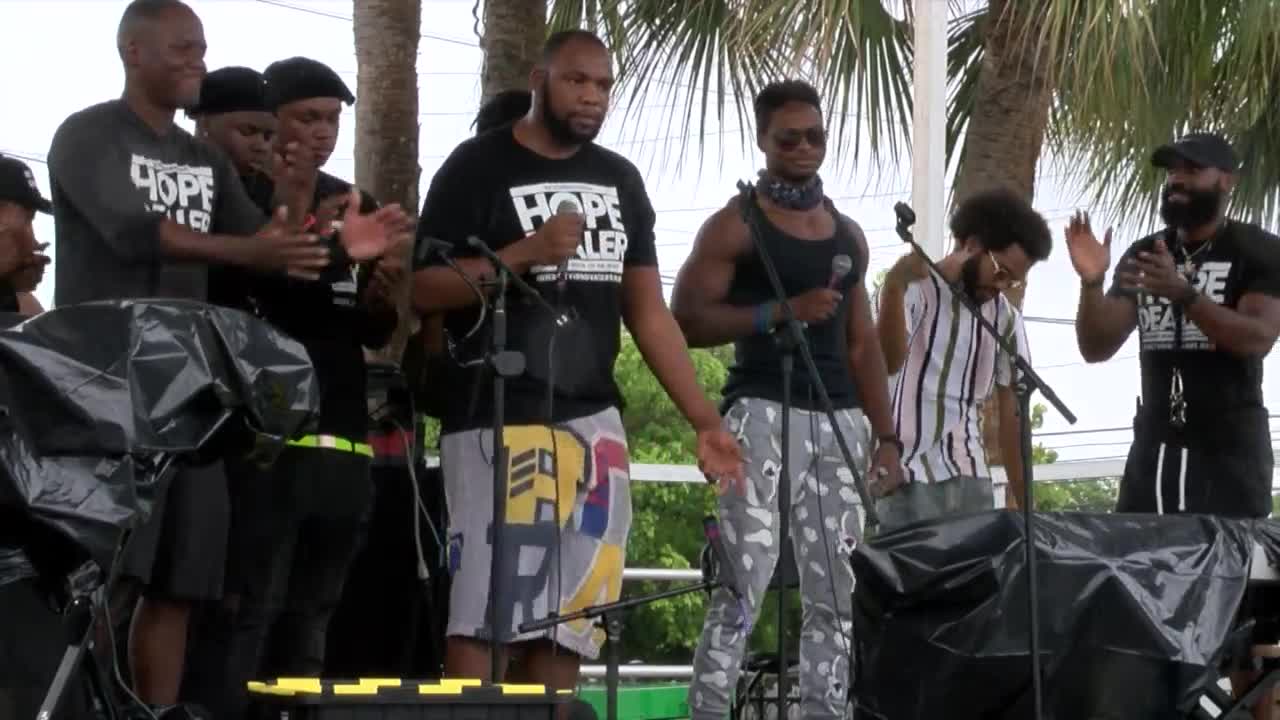 People gathered for the "BBQ for Peace" in Lake Worth Beach on Sunday.

As communities across the country were protesting the death of George Floyd this weekend, people in Lake Worth Beach found a different way to come together on Sunday.

The "BBQ For Peace" was held Sunday on North D Street.

Norman Austin is with Inner City Innovators. He was among the musical entertainment on the stage. "Today is about community service. We wanted to bring some of our Hope Dealers out in order to provide some community service outside of their community and give back to other people affected by gun violence." His friend Earl Buchannon said, "I feel like if we can get more people to do that at more times when we have more events, then the change will be visible the change we'll be able to see."

During the event the entire crowd took part in a moment of silence in memory of Floyd's death.

Community leaders were also there to show support that there needs to be unity in the community.

Lake Park Mayor Michael O'Rourke said, "This is not a Republican issue, this is not a Democrat issue. This is something that is a human issue that we really have to get a hold of and find a way to move beyond. We can't continue to be in a society that holds some people in a different light than others."

Palm Beach County Commissioner Mack Bernard was also among the attendees. "We are here because we are at a time in this country we are dealing with a health crisis, an economic crisis and also a social justice crisis in the country. And the community is here in Lake Worth Beach to make sure they are addressing some of the issues and the reforms that need to take place so that we can make sure Palm Beach County, Florida and the United States a better place for everyone."

Organizers collected donations at the event. All of the proceeds are going to two foundations aimed at building a better relationship between police and the community, as well as helping younger under-privileged students in the area.