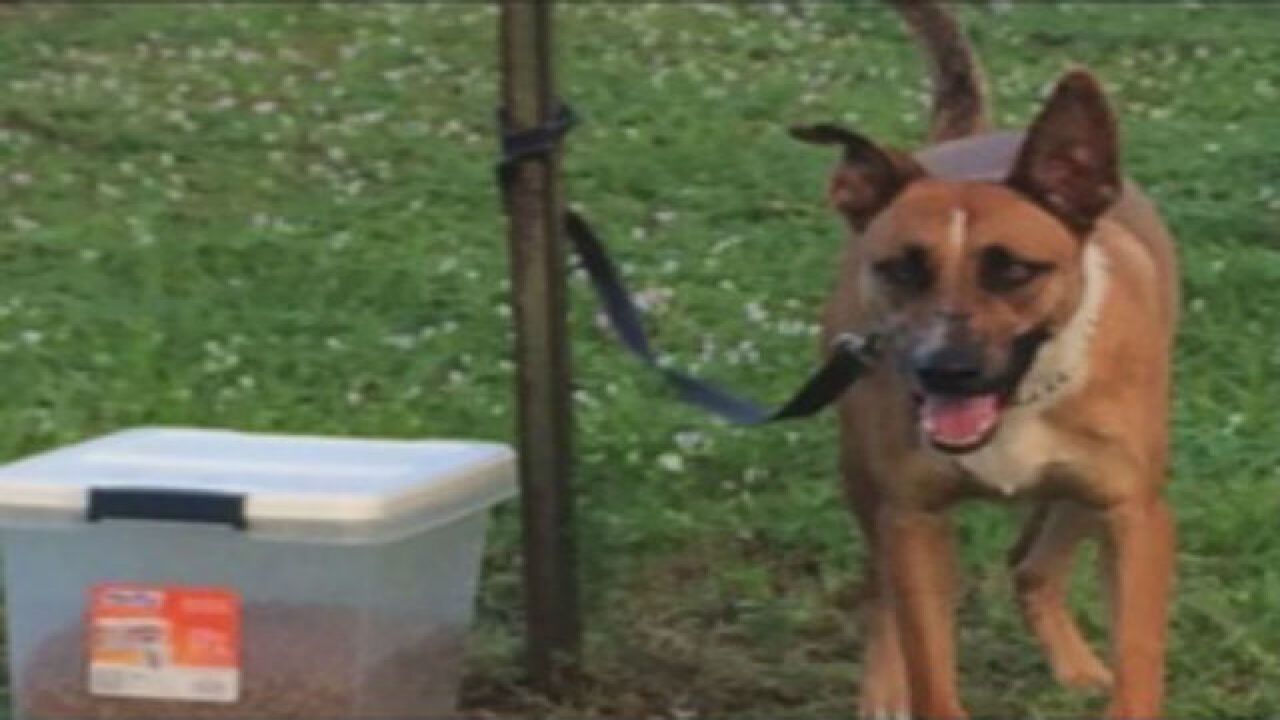 UPDATE: The dog was returned in to Animal Care and Control Thursday. Owner unknown.

A man takes to social media after he found a dog in Greenacres tied to a sign with no water and no access to food.

Animal Care and Control is hoping whoever has the dog will come forward.

Twenty-four hours ago Phil Rubin made a heartbreaking find. A dog tethered to a no parking sign at Freedom Park. Next to him a closed bin of food. No water. No note. The owner nowhere in sight.

“The thought that it could have been here all night is pretty awful,” said Phil Rubin, of Suburban Lake Worth. “It had no room to move, maybe a foot of give on the leash.”

Because Rubin already has a dog, he couldn't take him home. But he says another couple who also saw the dog, said they'd take him.

“It was upsetting because you saw that it was in distress,” said Rubin.

Upset by what he saw, Rubin posted the picture on a local Facebook group hoping whoever left the dog would come forward.

“I thought it was pretty cruel of them to do that to leave it like that,” said Rubin.

Dave Walesky, the operations manager of Animal Care and Control, said, “It's disappointing there are so many options for people to surrender a dog.”

Walesky warns against abandoning a pet you no longer want or can care for.

“If you don't want your dog anymore, don't tie it to a tree in a park, or leave it in a shopping center or do any other wild idea,” said Walesky. “Bring it to an animal shelter where people are skilled and able to find homes for these animals.”

Or as Rubin did five years ago, he found his dog, Lucky, on Hypuloxo road. “She was abused and starving,” said Rubin.