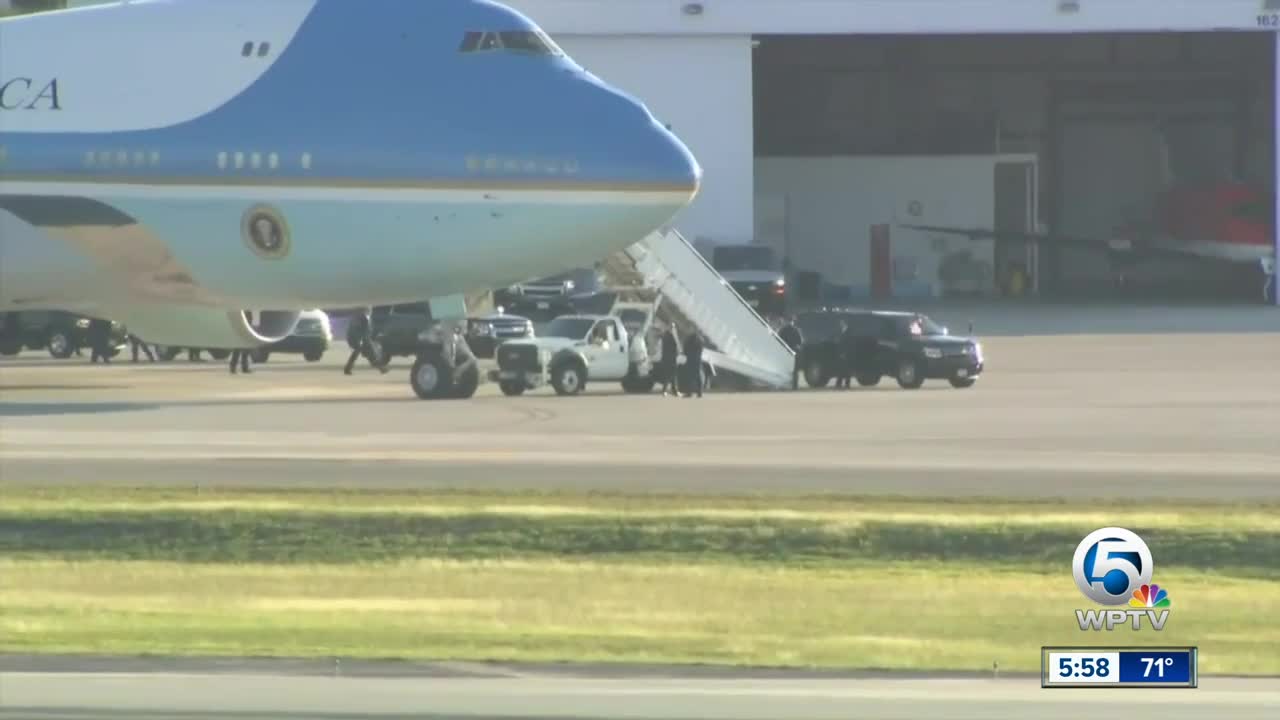 The Secret Service says a man who was dishonorably discharged from the military lied his way past two security checkpoints at Palm Beach International Airport around the time President Donald Trump was departing on Sunday. 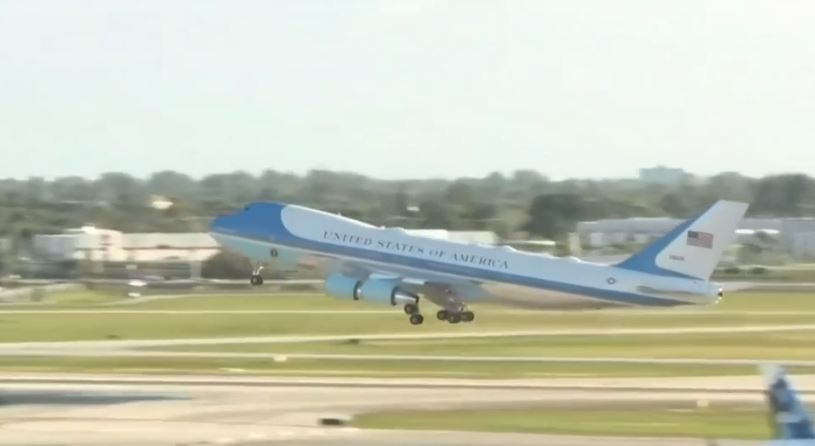 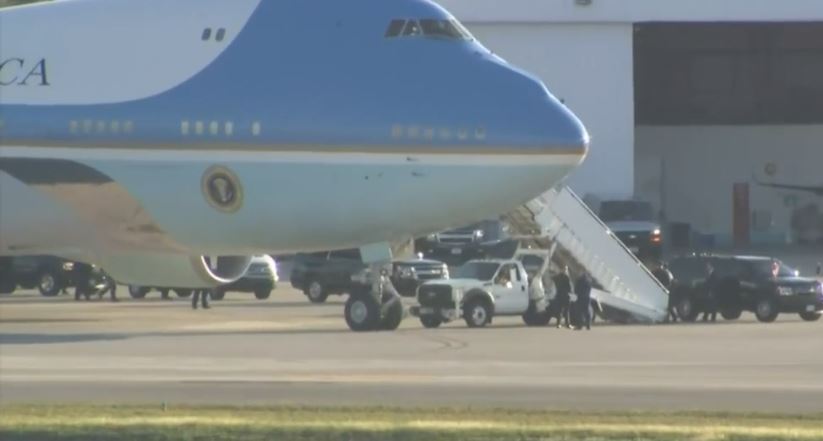 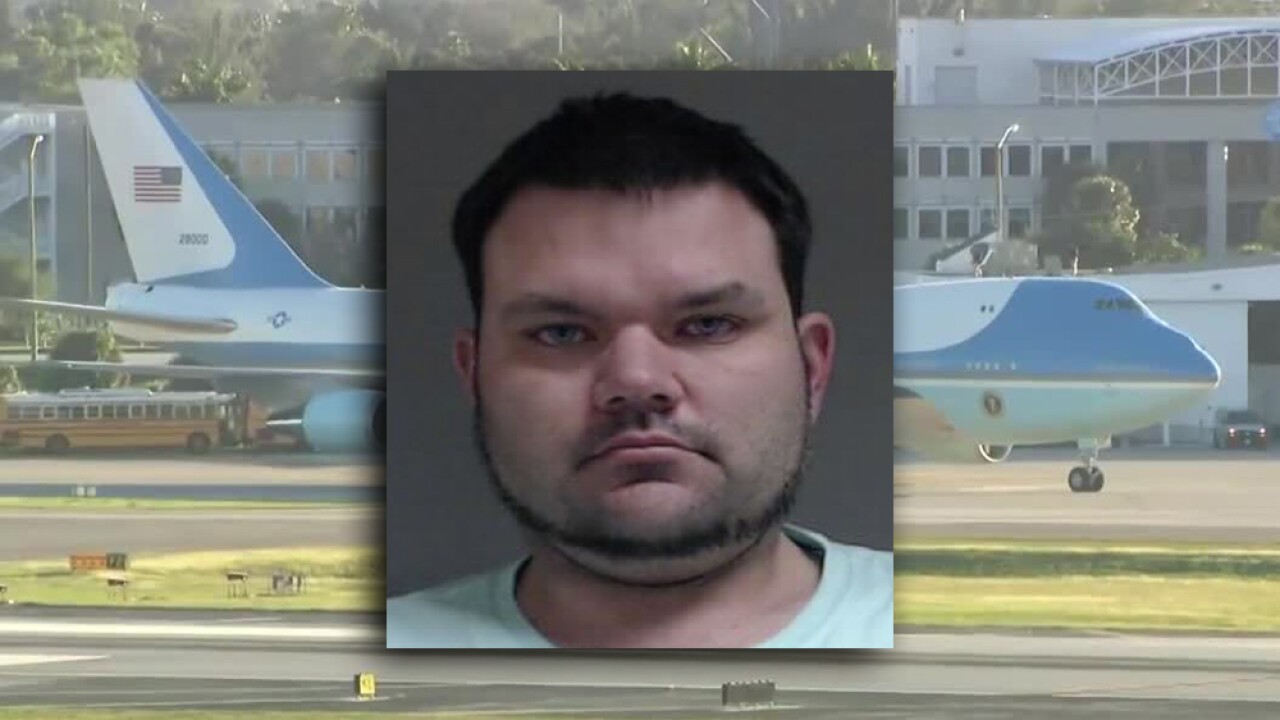 PALM BEACH COUNTY, Fla. — The Secret Service says a man who was dishonorably discharged from the military lied his way past two security checkpoints at Palm Beach International Airport around the time President Donald Trump was departing on Sunday.

According to an arrest affidavit, Brandon Mark Magnan and an unidentified male passenger drove up to a checkpoint at Southern Boulevard and Kirk Road around 3 p.m. and identified himself as security for Marine One, the president's helicopter.

Magnan presented a credential case that identified himself as a "law enforcement officer" with the U.S. Marine Corps, authorities said.

After checking Magnan's identification, Palm Beach County deputies let him through the checkpoint.

According to his arrest report, Magnan then drove up to a second checkpoint at Atlantic Aviation, a private area on the grounds of PBIA, and stated he worked for Marine One security. Magnan once again presented the Marine Corps identification and was let through the checkpoint.

Shortly afterward, another PBSO deputy approached Magnan and asked to see his credentials.

The arrest report stated that because Magnan, a former Marine, was not wearing a Marine Corps uniform, "as is common practice during active presidential travel," the deputy contacted actual members of the Marine One security team, who immediately identified Magnan's credentials as counterfeit.

When asked about the identification, Magnan claimed he was retired Marine One security personnel, the arrest report said.

The Secret Service did a background search on Magnan and found he was dishonorably discharged from the military in approximately 2010 "following his conviction at Court Martial for serious offenses."

The 2011 court opinion states Magnan held parties at his residence off-base and gave alcohol "to individuals under the age of twenty-one."

Three lance corporals testified against Magnan at his court-martial proceedings. All three testified they fell asleep at either Magnan's home or at a hotel room and awoke to find their pants had been taken off or that they were being sexually assaulted by Magnan, according to the court record.

State records indicate Magnan had to register as a sex offender in 2010.

After the Secret Service did a background search on Magnan, he admitted to being dishonorably discharged, and said he was not a current member of the Marine Corps, according to the arrest affidavit.

Magnan was arrested for false personation of officer or employee of the United States. The criminal complaint was filed by Secret Service Agent Samuel Ivanovich, who also testified against Yujing Zhang, the Chinese woman convicted of trespassing at Mar-a-Lago in 2019.

Magnan appeared in federal court on Monday and has bonded out of jail. Magnan's bond was set at $100,000, and prohibits him from attending any political rallies "where an individual is being protected by the Secret Service." He's also required to stay at least one mile away from PBIA.

Magnan's next court hearing is scheduled for Jan. 27 at the Federal courthouse in West Palm Beach.