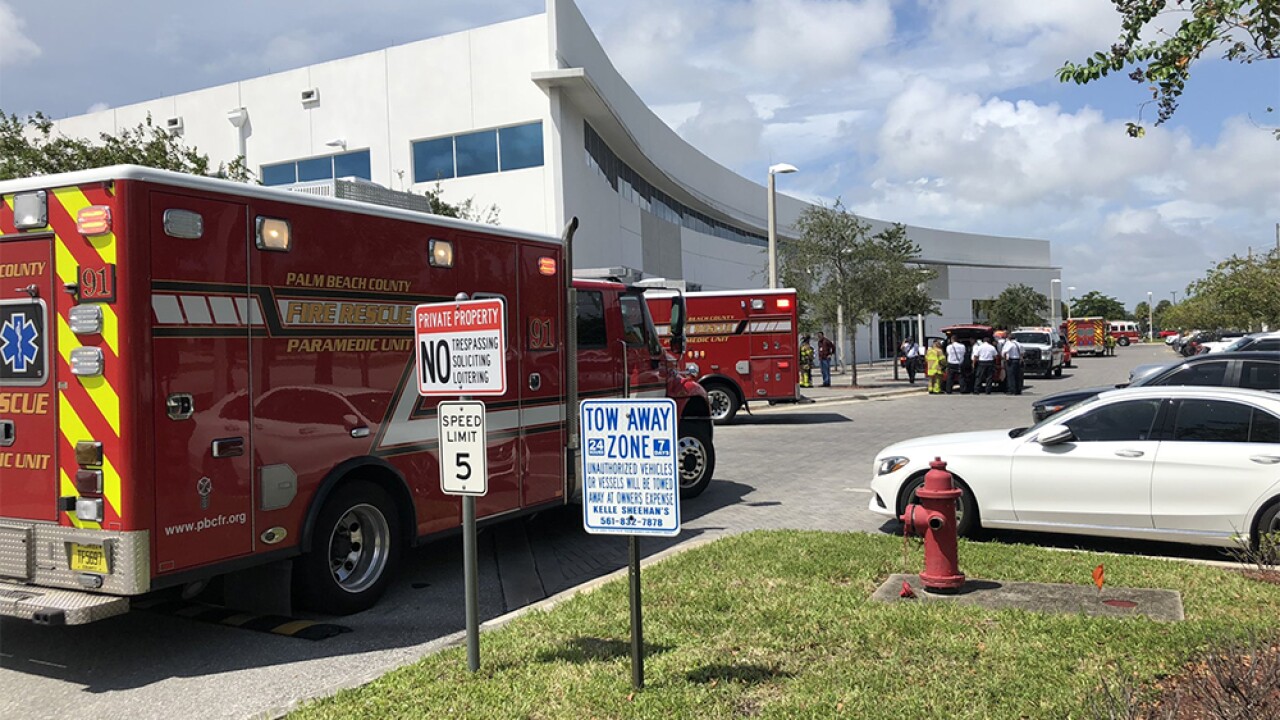 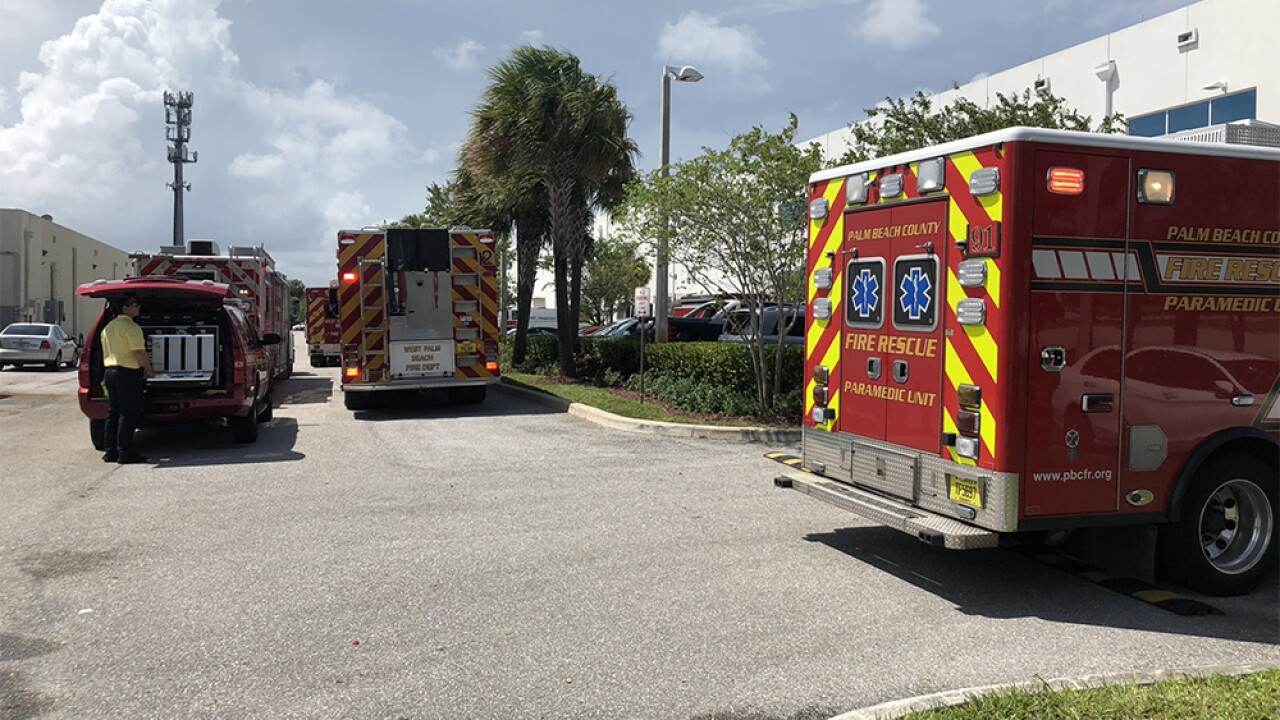 "It appears two different chemicals were combined and they reacted violently, causing a cloud of dust all over the affected area," said Capt. Albert Borroto.

Fire rescue officials said one person was taken to a local hospital as a trauma alert, and two others were treated at the scene.

Capt. Borroto said there was no fire or structural damage, but employees were evacuated and won't be allowed back in until emergency crews determine the building is safe to re-enter.

Our WPTV crew on scene spotted multiple fire trucks and ambulances, as well as what appeared to be many employees standing outside the building.

According to Oxygen Development's website, the company is "a world-class leader in the development and production of high-quality color cosmetics, skin care, hair care, bath & body care and OTC products."

The company's website said the S. Congress Ave. location is its headquarters.

Palm Beach County Fire Rescue is on scene of an incident at Oxygen Development on South Congress Avenue in Palm Springs. We are hoping to get information in the next few minutes. @WPTV pic.twitter.com/vjX0wNy4WR