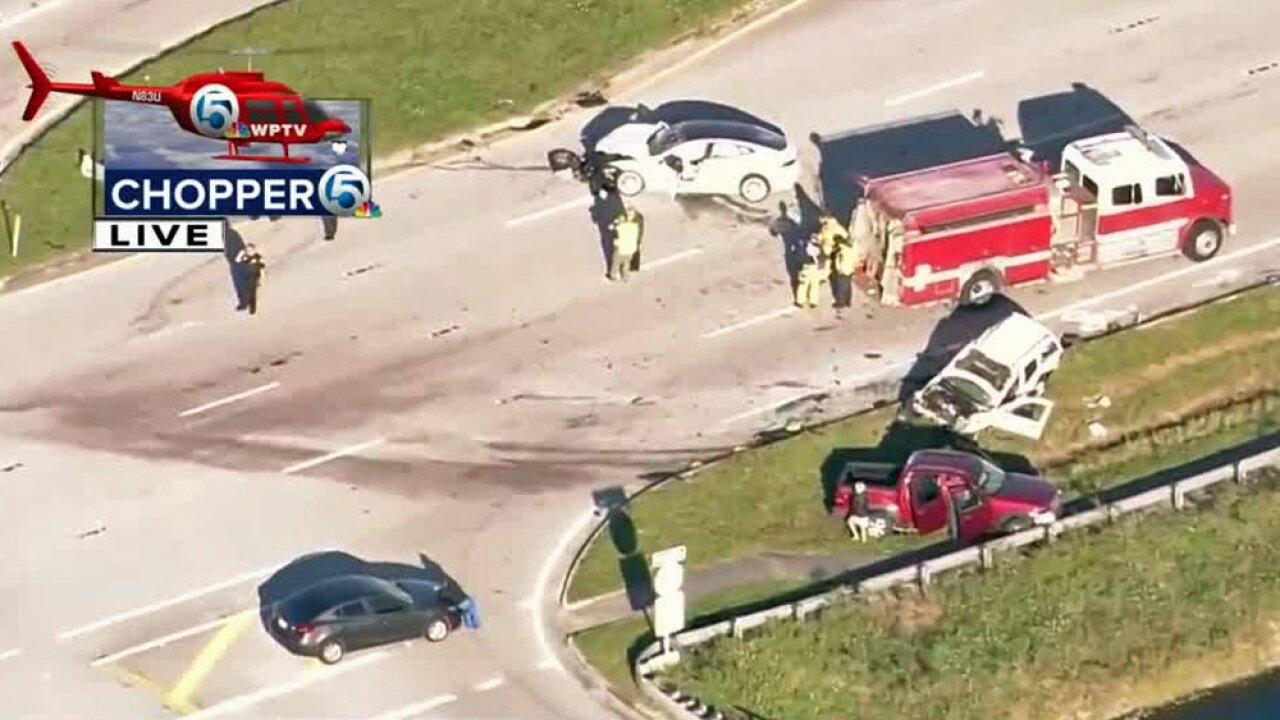 Authorities say the driver of a Tesla died in a three-vehicle crash on State Road 7 Wednesday morning .

65-year-old Robert Krottner was heading south near Lake Worth Road and did not yield to a northbound Jeep while turning left, according to the Palm Beach County Sheriff's Office.

The impact caused the Jeep to overturn and strike a Ford which was turning right from a parking lot exit, traffic investigators say.

Krottner died from injuries as a result of the crash, PBSO said.

The other two drivers, who were wearing seat belts, suffered minor injuries, the traffic report said.