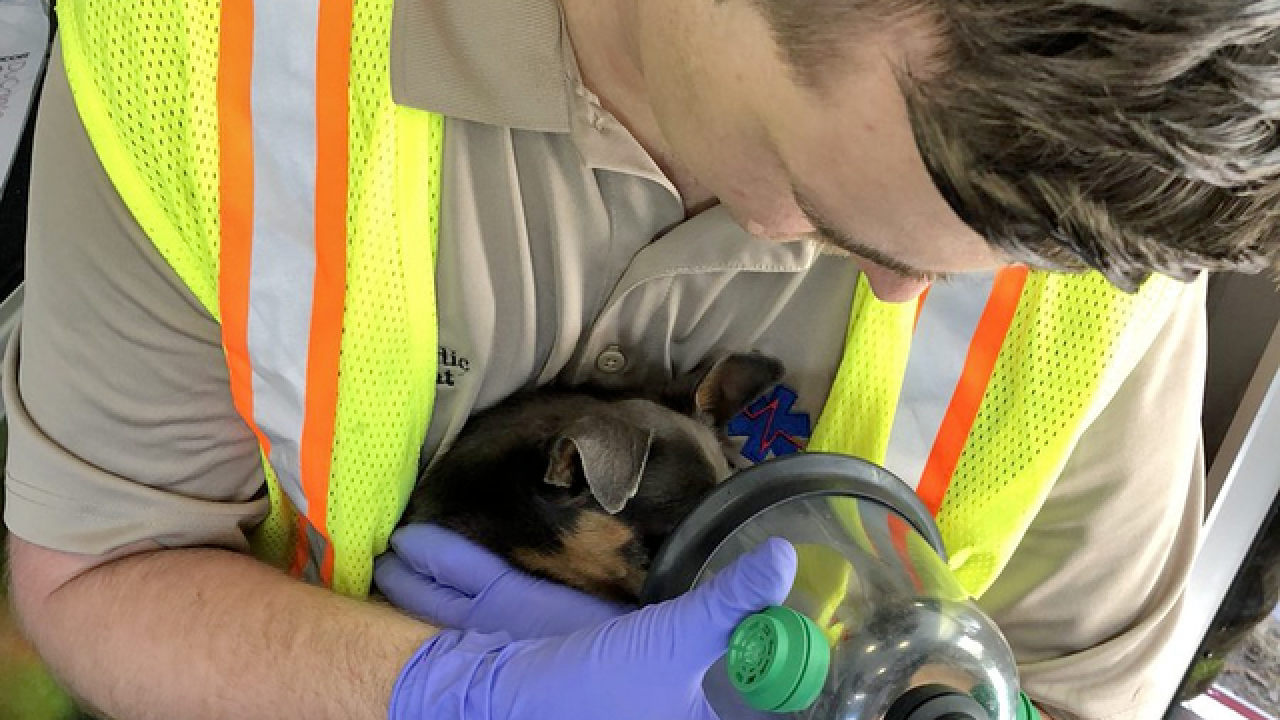 The fire happened at a residence in the 4000 block of Browning Dr N., Wednesday afternoon.

The blaze seemed to be centered in the kitchen and firefighters said they found the family dog during a search.

Waiting paramedics administered oxygen on the dog who was later reunited with its owner, fire rescue said.

No people were hurt at the cause of the fire has not yet been released.