Dog found year after it was stolen in West Palm 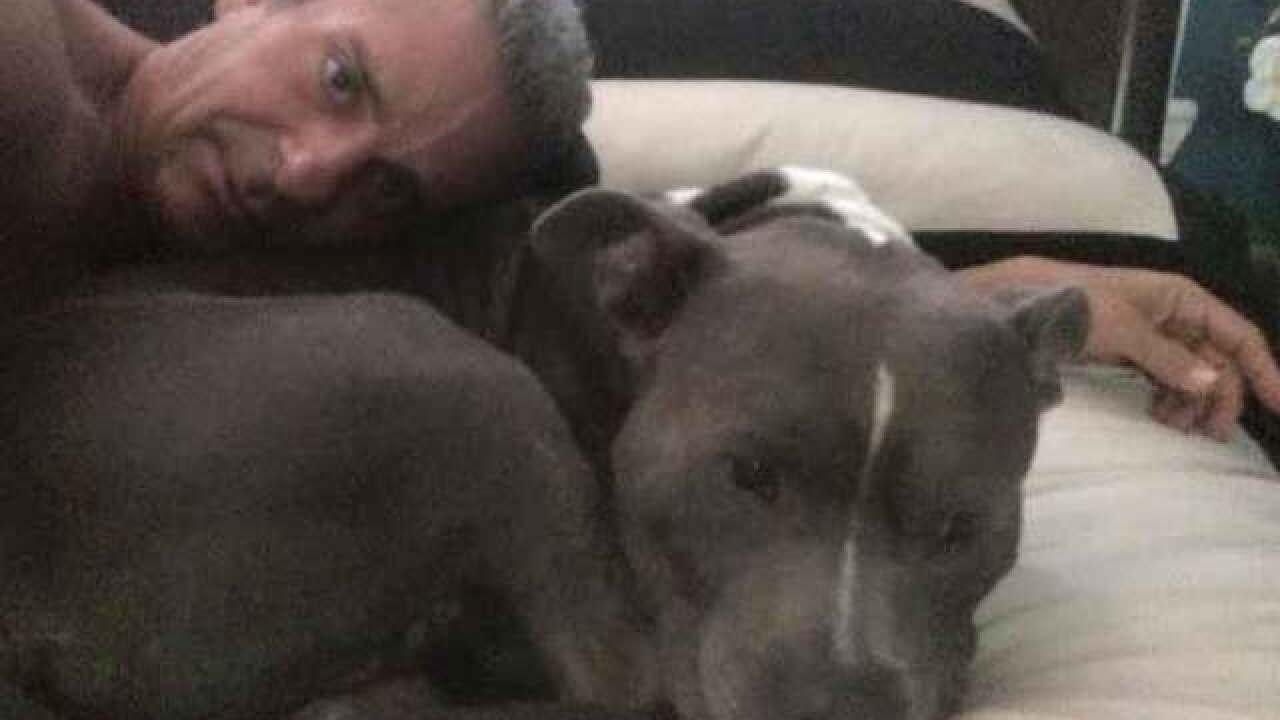 A local man and his beloved pooch have been reunited after he says the dog was stolen from his truck in downtown West Palm Beach more than a year ago.

On Sunday, the dog's owner, Barry Gearhart, made an emotional Facebook post saying his pet had been located. That day he had made one last push on social media to find Titan.

"I've cried over this dog for more than a year," said Gearhart.

Miraculously, a few women recognized the dog, which they had seen at a local pound going by the name Hank.

Gearhart rushed over and confirmed that it was indeed his pit bull named Titan.

"I cried. I cried when I realized it was him," said Gearhart.

Monday, Gearhart finalized the paperwork and was able to bring Titan home forever.

OK here goes .. the story might have a lot of run-on sentence excuse my grammar.. but I'm going to try to get this...