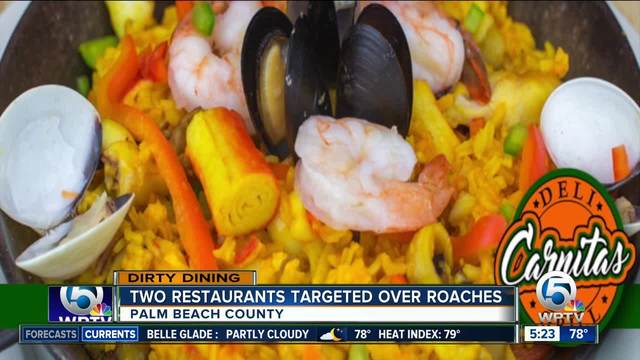 Roaches were on the menu for two restaurants in Palm Beach County temporarily closed by state inspectors last week. 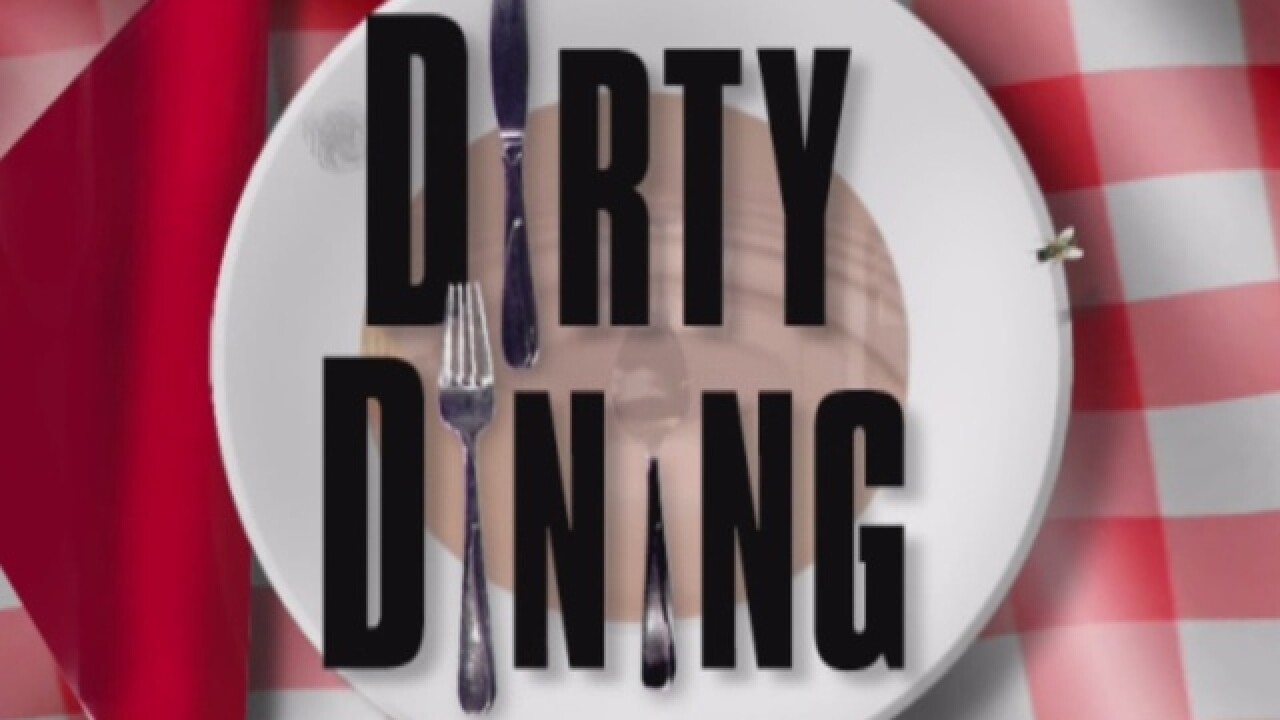 Roaches were on the menu for two restaurants in Palm Beach County temporarily closed by state inspectors last week.

Deli Carnitas Grill, also known as Carnitas Lunch, located on Tenth Avenue in Lake Worth, was under fire after inspectors found 45 live roaches inside the restaurant on July 9.

State inspectors say they also found an employee working with food without first washing their hands.

The restaurant didn't open back up until July 12.

Chinatown on PGA Boulevard in Palm Beach Gardens was written up as well.

Four live roaches and seven dead roaches were found inside the restaurant.

Raw fruits and vegetables were not washed prior to preparation, according to inspectors.