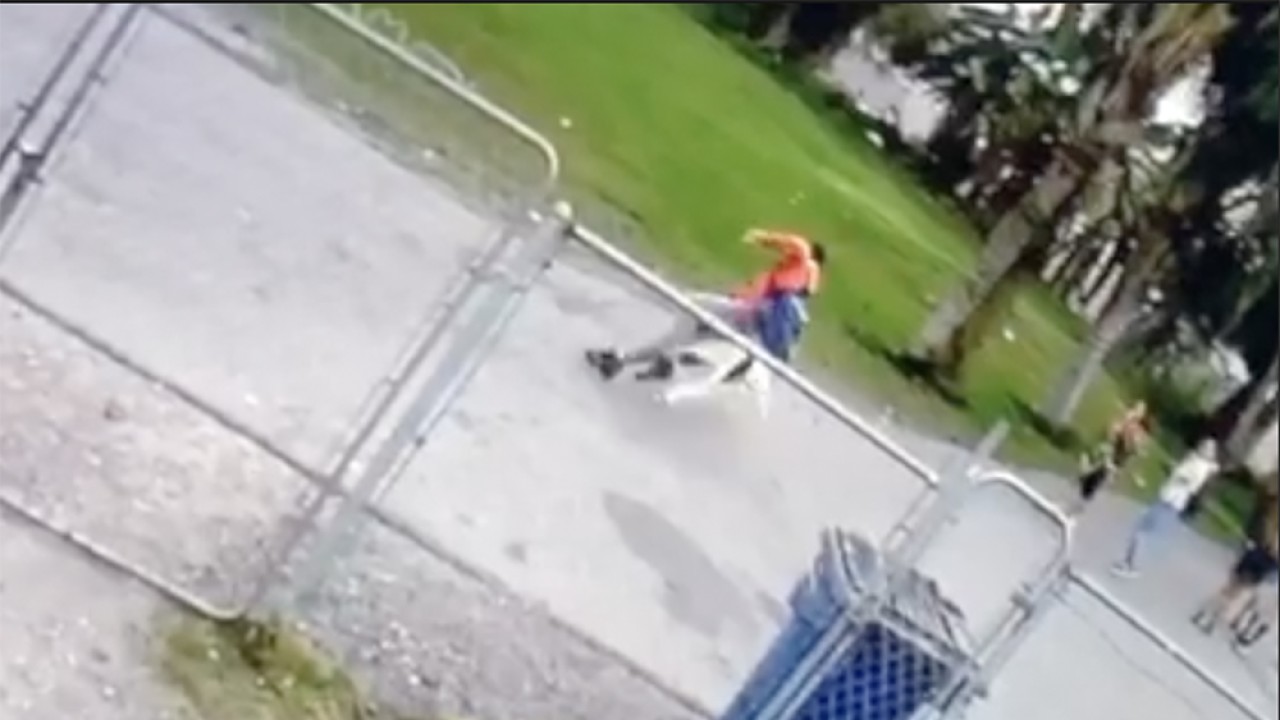 One day after a Palm Beach County deputy shot and killed a 90-pound pit bull that attacked a 10-year-old boy, neighbors are growing concerned. They wonder why the animal was in their neighborhood in the first place. 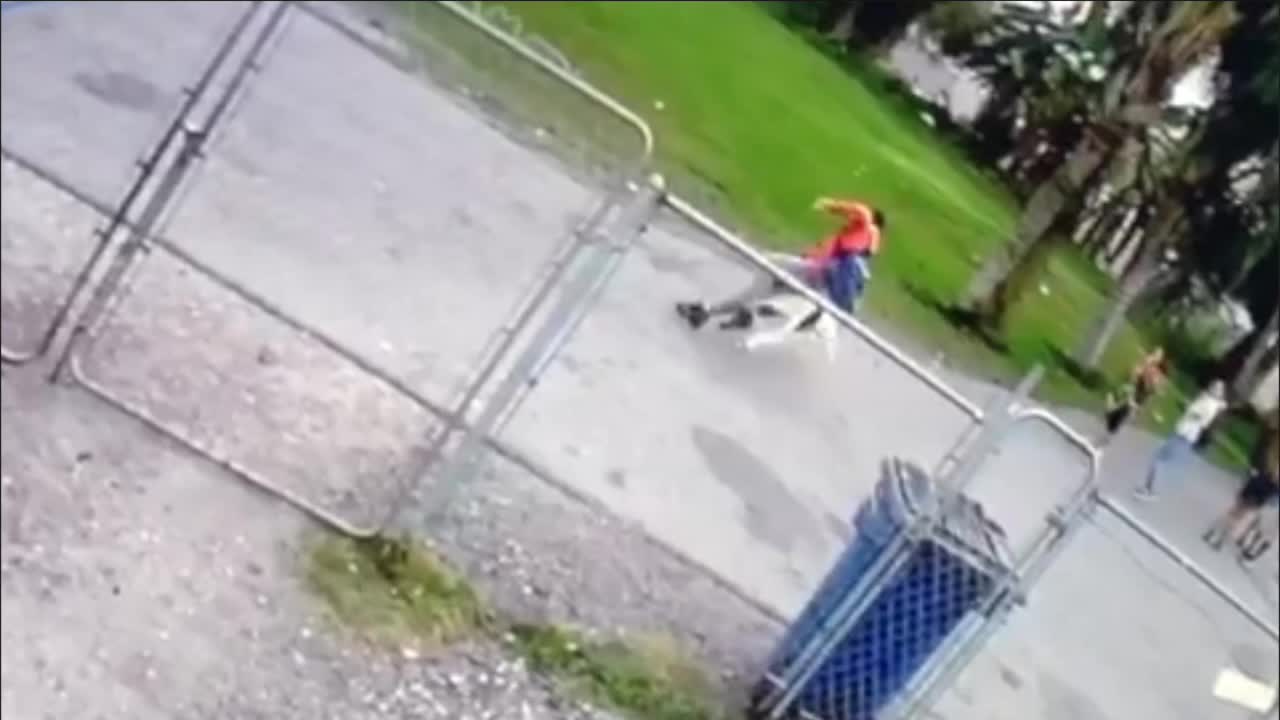 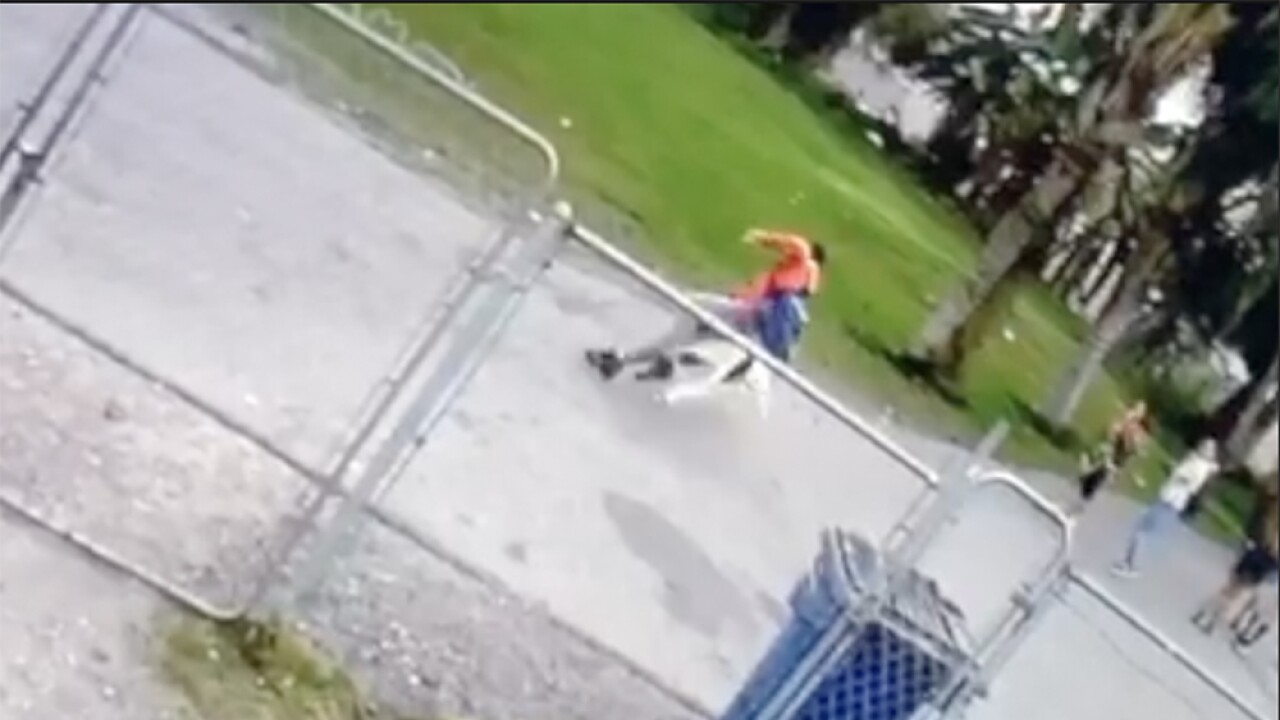 They wonder why the animal was in their neighborhood in the first place.

PBSO said the attack happened before 3 p.m. on Thursday.

A group of students were walking home from the intersection of Lake Circle and Hatcher Road when a pit bull, believed to be abandoned by its owner, attacked one of the students.

Students and parents fought the dog off before a deputy responded and made the decision to shoot and kill the animal. The events were all recorded by a neighbor's surveillance camera.

A relative told WPTV the child needed surgery for serious injuries to his legs and face.

Now the Palm Beach County Sheriff's Office is searching for the dog's owner. Animal abandonment of a dangerous dog is a crime.

"If that person had knowledge that this was a dangerous animal and if we can prove that, and then they recklessly released it in a community and it did inflict dangerous injury, then yes, they could face a criminal violation for that," said Capt. David Walesky with Palm Beach County Animal Care and Control.

While deputies continue to search for the pit bull's owner, members of the community worry about abandoned animal in their neighborhoods.

"I don’t think this would have happened if they had just dropped it off at the dog pound," said Gonzalez.

The Palm Beach County Sheriff's Office said they have not seen a spike of animal abandonment cases in the neighborhood where the attack happened.

Rabies test results on the pit bull should be released by Monday or Tuesday at the latest.