Police identify driver of car that went into a canal, died Monday morning 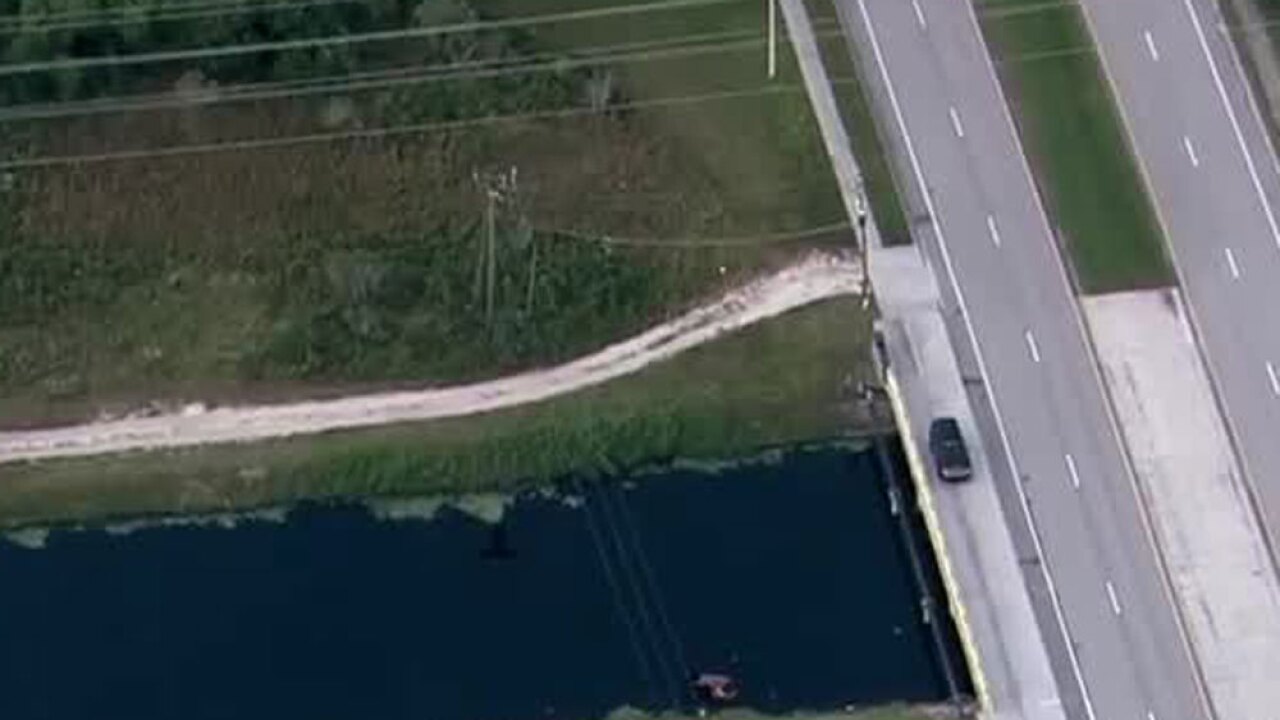 The victim of Monday's traffic fatality in suburban Boynton Beach has been identified as a Lake Worth man. PBSO released his name, but WPTV has been told that the victim's children have not yet been informed, so we are temporarily removing the identification.

A sheriff's office report says that the driver was headed north on Lyons Road north of Royal Cobblestone Way at 6:59 a.m. in a 2014 Ford Escape when the vehicle drove off the road and struck a raised curb.

The car came to rest on the north side of the canal, partially submerged with only the rear end visible.

Palm Beach County Fire Rescue removed the driver from the driver's seat and he was pronounced dead on the scene. His next of kin has been identified.

Authorities responding to a report of a vehicle in a canal have found a body.

The discovery was made along Lyons Road north of Boynton Beach Boulevard.

The Palm Beach County Sheriff's Office says it's not clear when the incident happened.

No further details have been released.