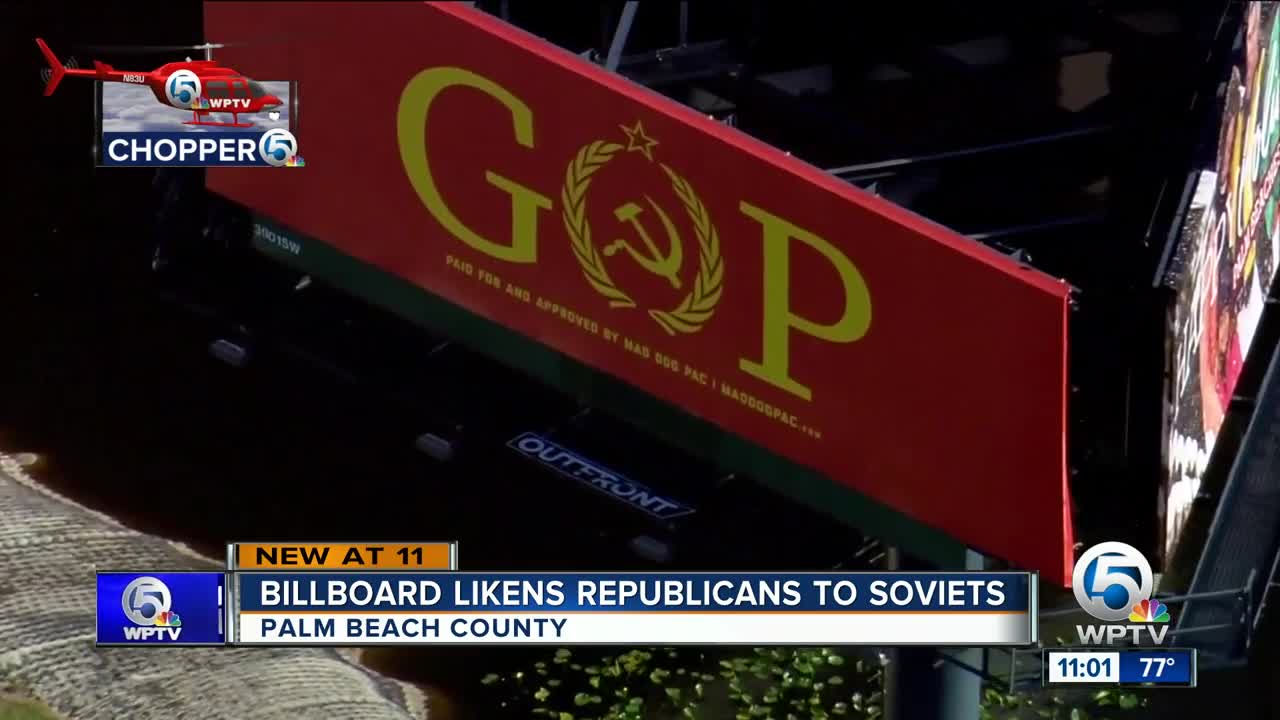 The next time President Donald Trump travels to his Mar-a-Lago resort, he'll be greeted by a billboard likening the Republican Party to the Soviets. 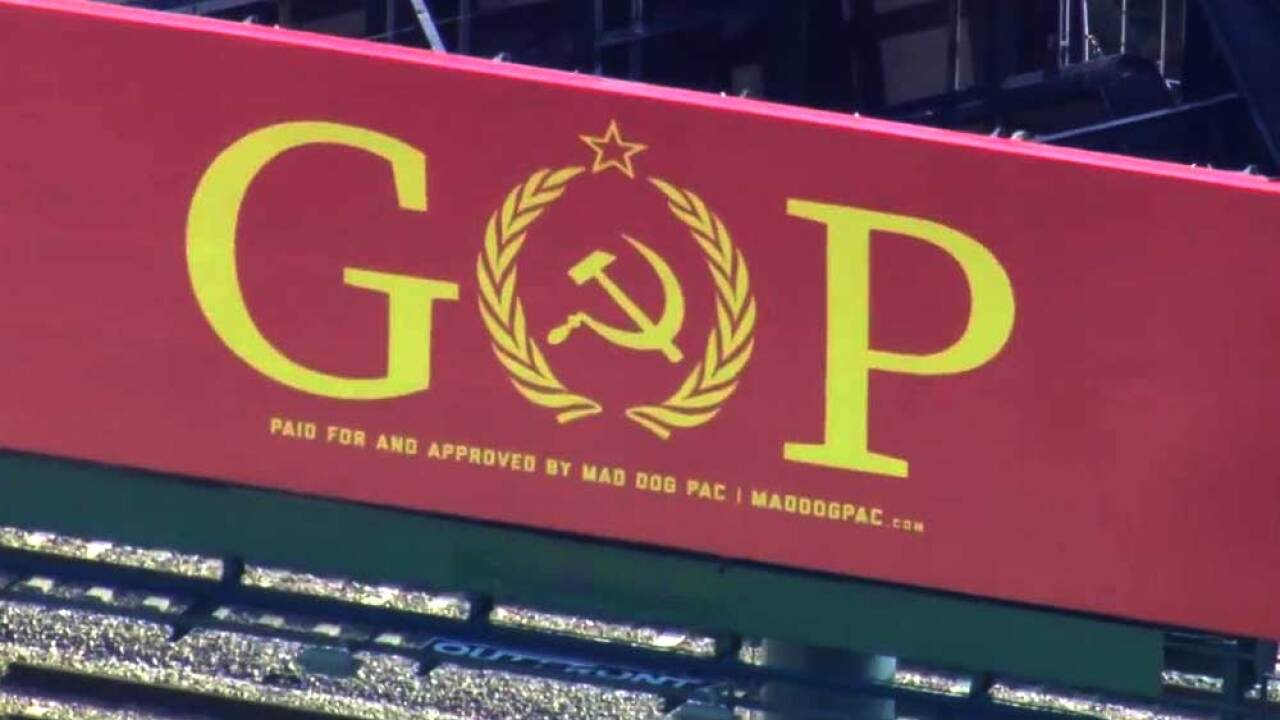 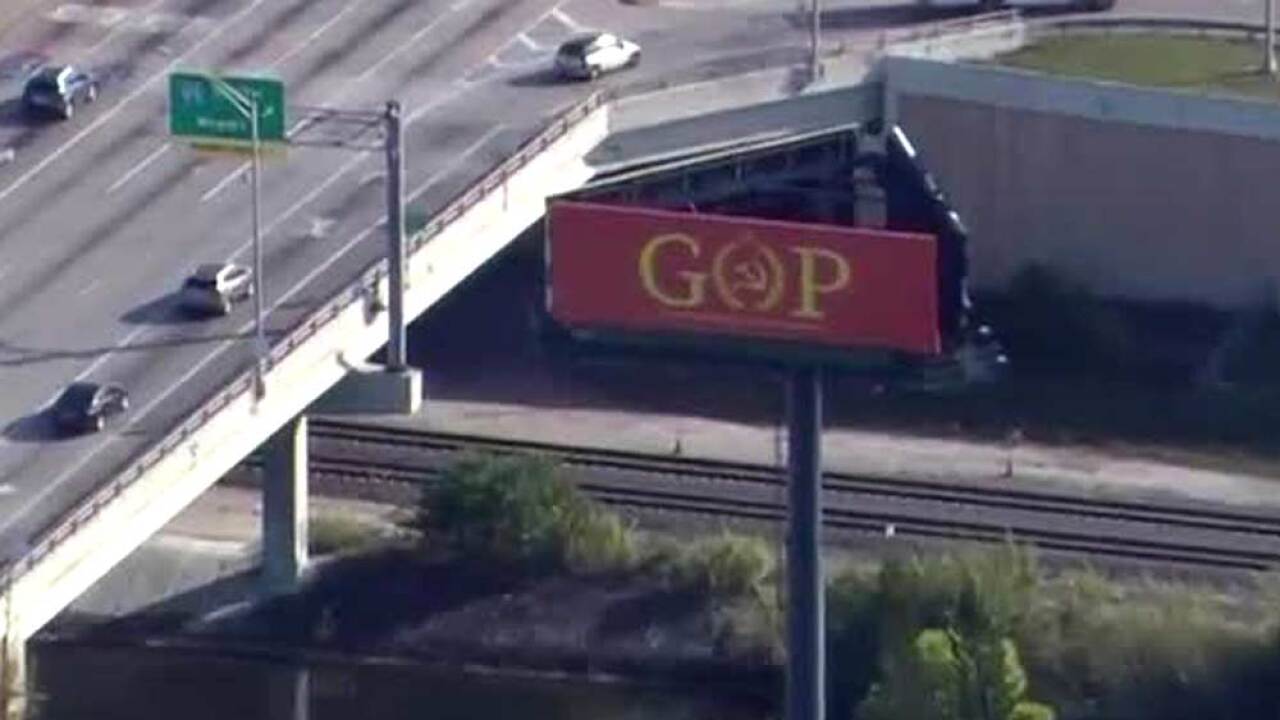 WEST PALM BEACH, Fla. (AP) — The next time President Donald Trump travels to his Mar-a-Lago resort, he'll be greeted by a billboard likening the Republican Party to the Soviets.

MORE: Man arrested at Mar-a-Lago, wanted to talk to President Trump about 'his $6.3 trillion'

The Palm Beach Post reports the political action committee Mad Dog replaced Thursday its billboard calling for the president's impeachment with a red sign with gold lettering reading "GOP" — except the "O'' is a hammer and sickle topped by a star. The imagery mimics the former Soviet Union's flag.

The billboard along the presidential motorcade's route to Mar-a-Lago is a jab at Trump for his alleged ties to Russian President Vladimir Putin, a former Soviet spy.

Republican spokeswoman Taryn Fenske said her party was "glad" that Democrats spent money on what she called "lame stunts' while Republicans invested in successful campaigns.