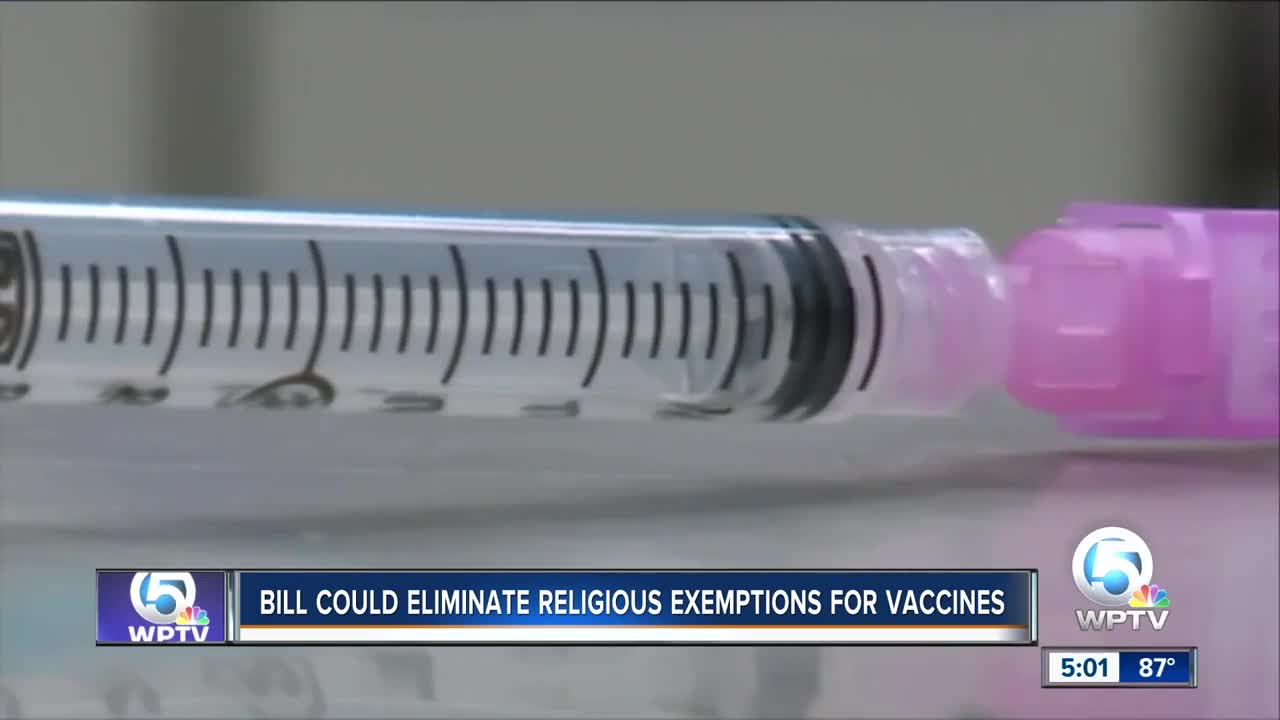 One South Florida state senator is looking to eliminate religious exemptions to vaccinations.

BOCA RATON, Fla. — A bill to end religious exemptions for childhood vaccinations is now being introduced in Florida. State Sen. Lauren Book of Broward County is behind the measure.

A spokesperson for Book says support for the bill, SB 64, is coming from religious leaders who are worried about old diseases that are emerging again.

“Of the world’s major religions, none forbid vaccinations,” says Rabbi Dr. David Shabtai of Boca Raton. “Even if there are some out there who believe that their religious beliefs prohibit vaccinations, protecting their religious liberties cannot come at the expense of putting everybody else’s children in danger."

However, not all parents support the bill. Ann Margo Cannon is a mother who wants parents to have a say in whether their children receive vaccinations.

“This argument is not about whether to vaccinate or not, this is about protecting freedoms,” said Ann Margo Cannon, a parent in Palm Beach County and active advocate for personal liberties. “The parents should be the ones making the decision because they have the sole emotional, financial, physical responsibility to care for that child. This is not a decision to be made by the state."

RELATED: Born between 1957-1989? You may not be protected from measles despite vaccine

Betsy Agnew is a worried parent from Palm Beach County whose son has a compromised immune system.

"He works in a job where he interacts with the public every day, and so somebody coming with a highly contagious illness like measles puts him at risk. And it's not a risk of getting sick in his case, it can be a risk of life or death," said Agnew.

The proposed Florida law is similar to measures already in effect in California and New York.

However, there seems to be Republican opposition, along with strong reactions from some parents in Florida, that could stall the measure.