Those born between 1957 and 1989 may not be protected from measles, despite getting vaccine 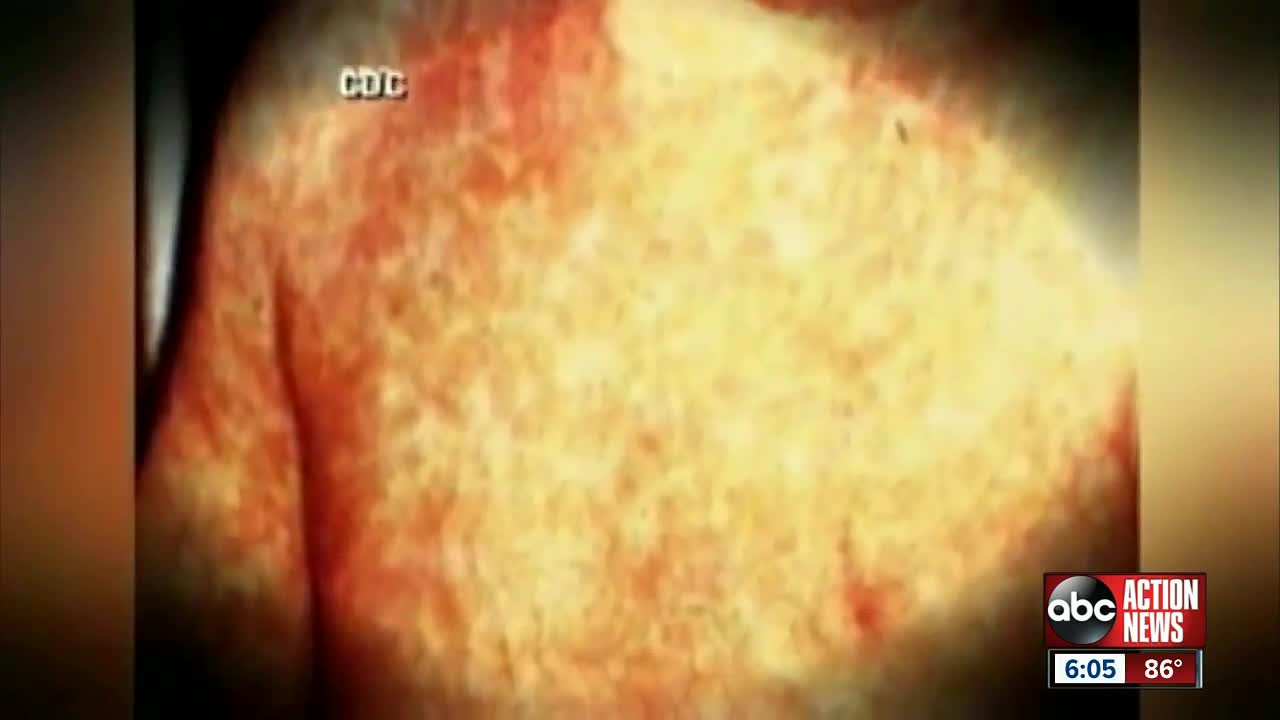 It’s not just children who need the measles vaccine. Health experts warn those born between 1957 and 1989 may not be as protected from the national outbreaks as they think.

PINELLAS COUNTY, Fla. — It’s not just children who need the measles vaccine. Health experts warn those born between 1957 and 1989 may not be as protected from the national outbreaks as they think.

People in their 30s to early 60s could be at a greater risk of contracting the virus because they may have only gotten one dose of the MMR vaccine. In 1989, the U.S. Centers for Disease Control and Prevention changed its recommendations by asking people to get two shots rather than just one. Those who've been vaccinated against measles but haven't received the second dose may not have enough measles antibodies to protect them.

The virus is so contagious that, without being vaccinated, if just one person has it they can infect 90 percent of the people close to them who are also not immune. Symptoms usually start within seven to 14 days after exposure. They can also appear 21 days after. Symptoms of the measles include: high fever, runny nose, cough, the tell-tale blotchy rash and tiny white spots in the mouth.

So what can you do? Know your status. If you have documentation proving you got the two doses, you are in the clear. If you aren't sure, a simple blood test can check for your immunity to measles. Doctors can test your blood for measles antibodies and see if you have enough to offer the vaccine's full protection.