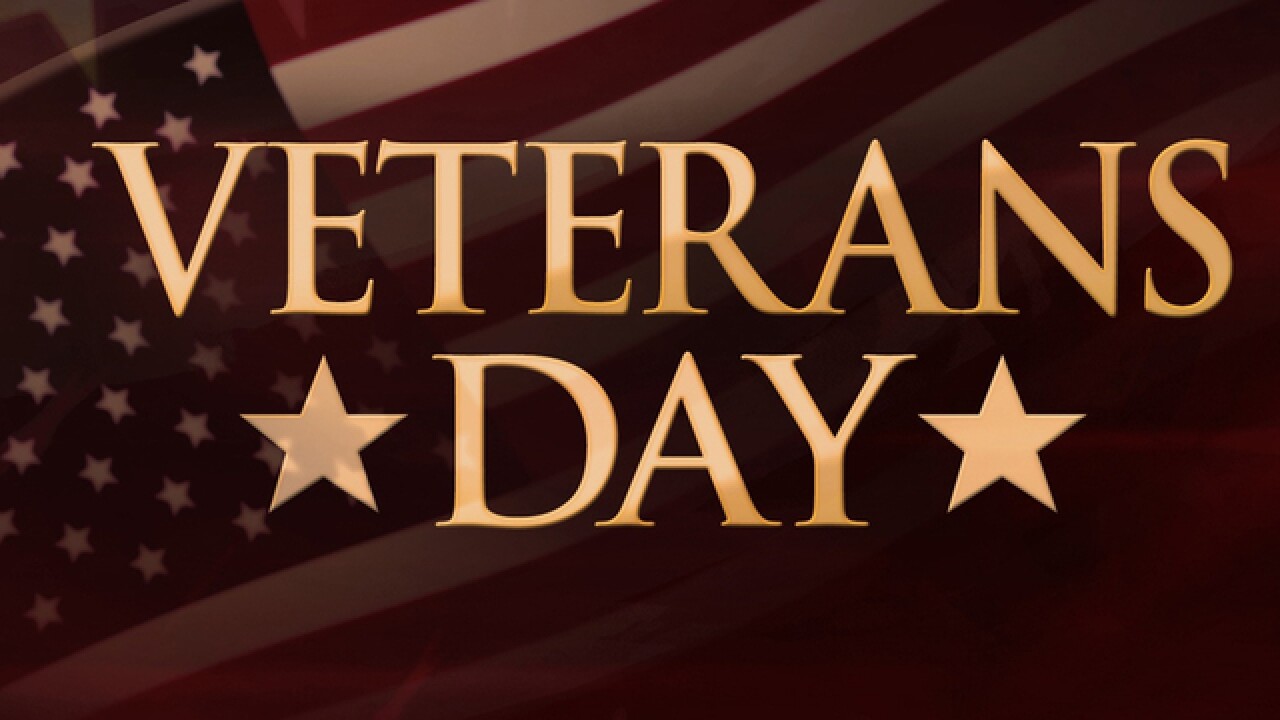 There are several events scheduled throughout Palm County and the Treasure Coast on Friday to thank and honor our veterans.

The city of Fort Pierce will celebrate the Grand Re-opening of the newly redesigned Veterans Memorial Park at 600 N. Indian River Drive at 10 a.m. Friday There will be a Veterans Day Service immediately following the ribbon cutting ceremony at 11 a.m.

In Martin County, you can attend a Veterans Day Parade and Ceremony from 10 a.m. to noon Friday at Memorial Park in Stuart. Veterans and Veteran service organizations will lead the parade followed by various community groups. The parade kicks off at High School Avenue at 10 a.m. and the ceremony will begin at 11 a.m. This year's guest speaker is Bob Crowder, former Martin County Sheriff.

The Veterans of Foreign Wars Post 10556 will hold their annual Veterans Day program at 9:30 a.m. at Veteran's Park in West Boca Raton. The event at 9400 W. Palmetto Park Road will feature a procession of colors, guest speakers and patriotic music.

The city of Delray Beach will honor the men and women who have served and continue to serve in the armed forces with a Veterans Day ceremony at 9 a.m.Friday  at Veterans Park, located at 802 NE 1st St. The ceremony will be held in lieu of a parade and will feature guest speaker Colonel Drew Meyerowich, Director of the U.S. Army's Command and General Staff School at Fort Leavenworth, Kansas.

The Village of Wellington will honor current and former members of the armed forces at Wellington's annual Veterans Day Ceremony. A parade will begin at 8:15 a.m. Friday at Village Hall, located at 12300 Forest Hill Blvd. and South Shore Blvd. If you are an active or retired veteran attending the ceremony, you will have a chance to register in the morning and your name will be recognized during the event.