A child canceled his birthday because of COVID-19. Then his neighbors stepped in with a surprise.

Neighbors band together for 10-year-old's birthday 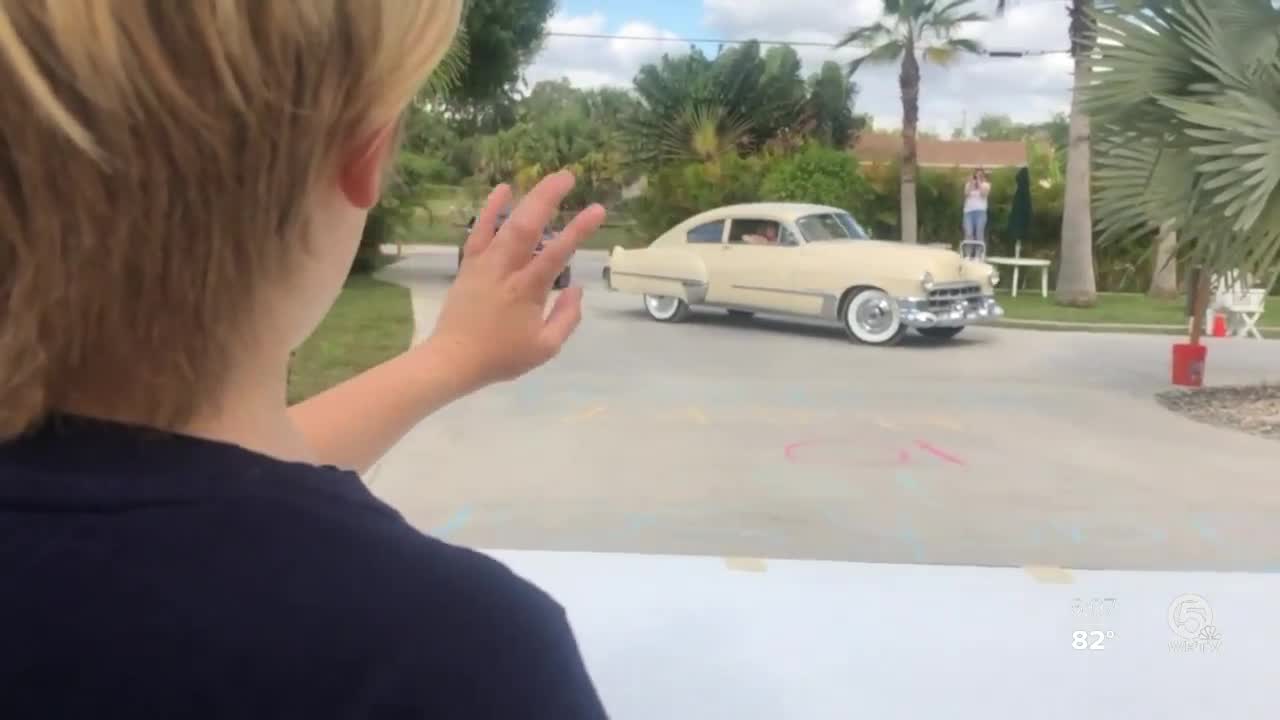 A ten-year-old boy had to cancel his birthday party today because of the coronavirus pandemic. That’s when his neighbors stepped in to bring him a surprise. 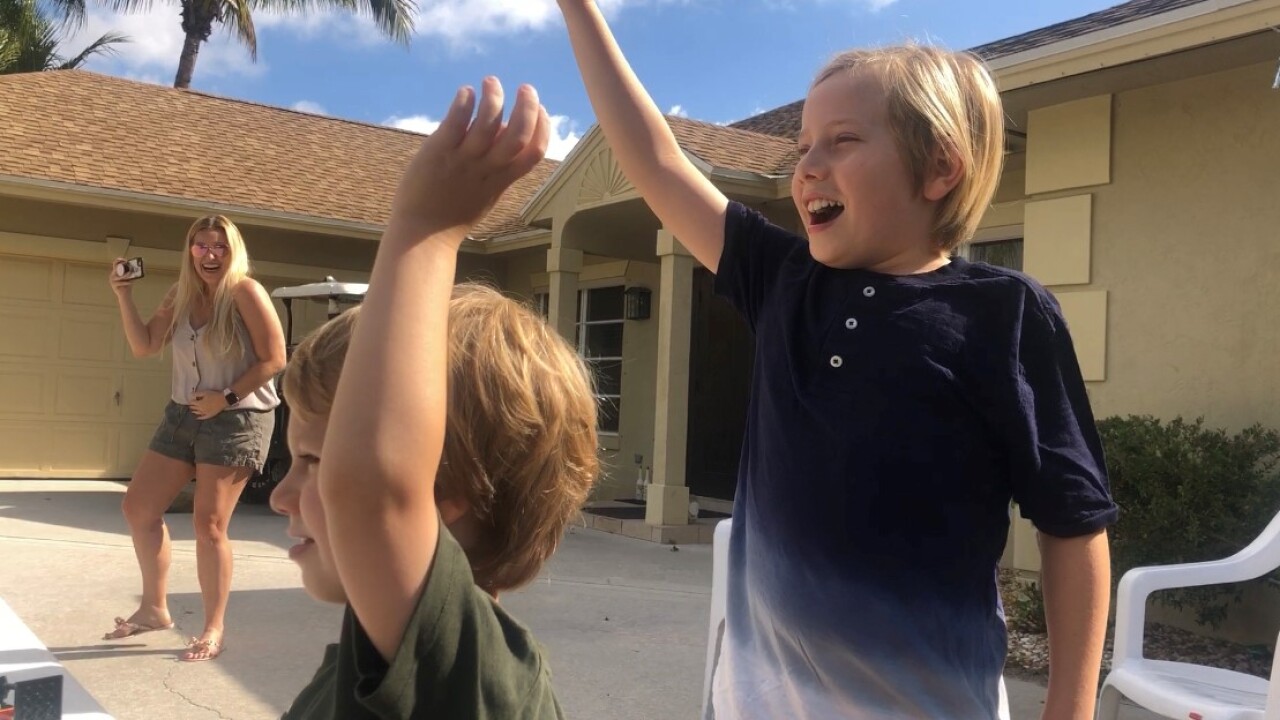 PALM BEACH COUNTY, Fla. – When ten-year-old Jackson Bocook saw our news microphones, he thought we were there to interview him about his canceled birthday plans.

“As soon as I saw that microphone, I knew you were a news reporter,” said Jackson, running up to the WPTV crew.

Jackson birthday had turned into a small celebration with his mother Lea, his dad Mitch, and his 5-year-old baby brother Blake. “I was supposed to have an even bigger party,” said Jackson. “I was supposed to go camping today, but since all the parks are closed, I can’t.”

But when coronavirus wiped out Jackson’s birthday plans, his neighbors stepped in with a little something special. Around the corner, neighbors gathered in a caravan after seeing a post from Jackson’s dad, asking folks to drive down around 10 a.m. to surprise his son.

“I was the first to respond,” said Kathleen B. Marvel. “I said, ‘How about a couple of Harley [motorcycles]?’”

A few hours after the post, Marvel had assembled a team. “We had a map, we had a route we had a plan, so here we are!”

Golf carts, muscle cars, ATVs, even a few horseback riders on horseback showed up for the 10-year-old boy just down the street.

“It has just gone gangbusters from here,” said Marvel, who spoke with Jackson’s grandmother before the big surprise. “[Grandma] said she to [Jackson] on the phone and a few days ago, and she said she could hear his bottom lip trembling, worried that no one is going to be able to come for his birthday.”

As for Jackson? The surprise worked. “I didn’t ask for any of this,” he said, eyes beaming. “This is all amazing, and I would never expect this in a decade.”

The ten minute parade nearly moved the ten-year-old boy to tears by the kindness of his neighbors. “I’m feeling like it is so good, I don’t deserve it,” said Jackson.

An unusual time to turn 10 years old: a time when social distancing seems to bring us more together.

“I’m going to remember this probably my whole life. No day will probably be better than this!” said Jackson.

See some good in the world? Share your good news stories with us by writing in to newstips@wptv.com.