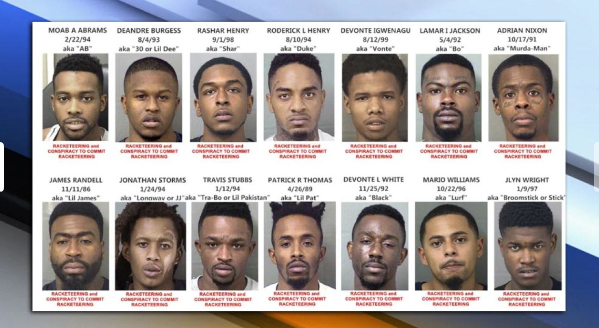 More than a dozen suspected gang members are off our streets thanks to a major crime crackdown by the Palm Beach County Sheriff's Office. 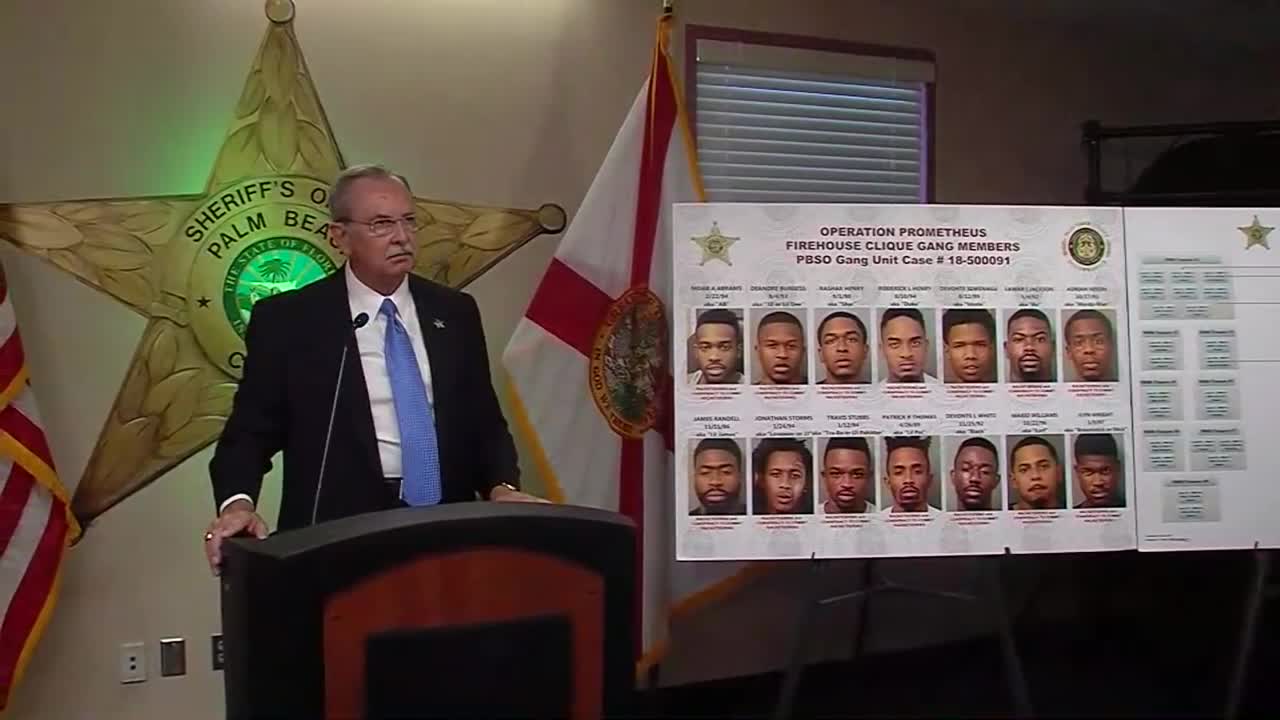 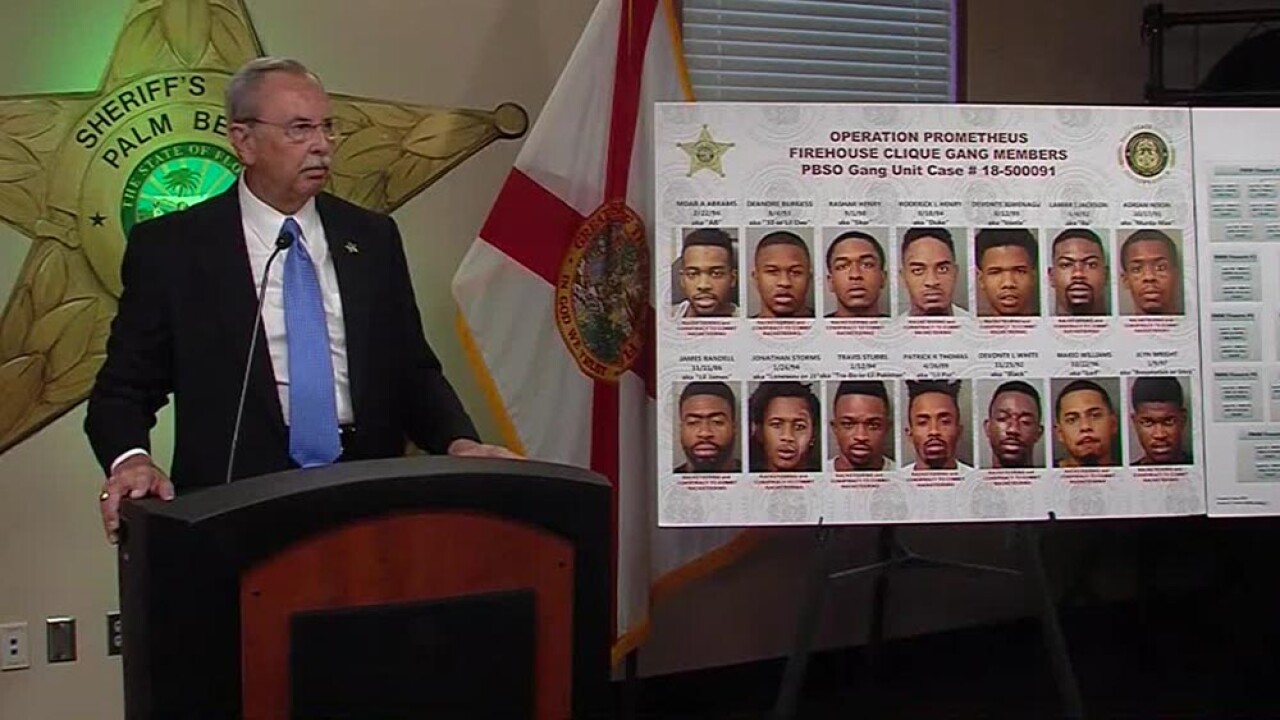 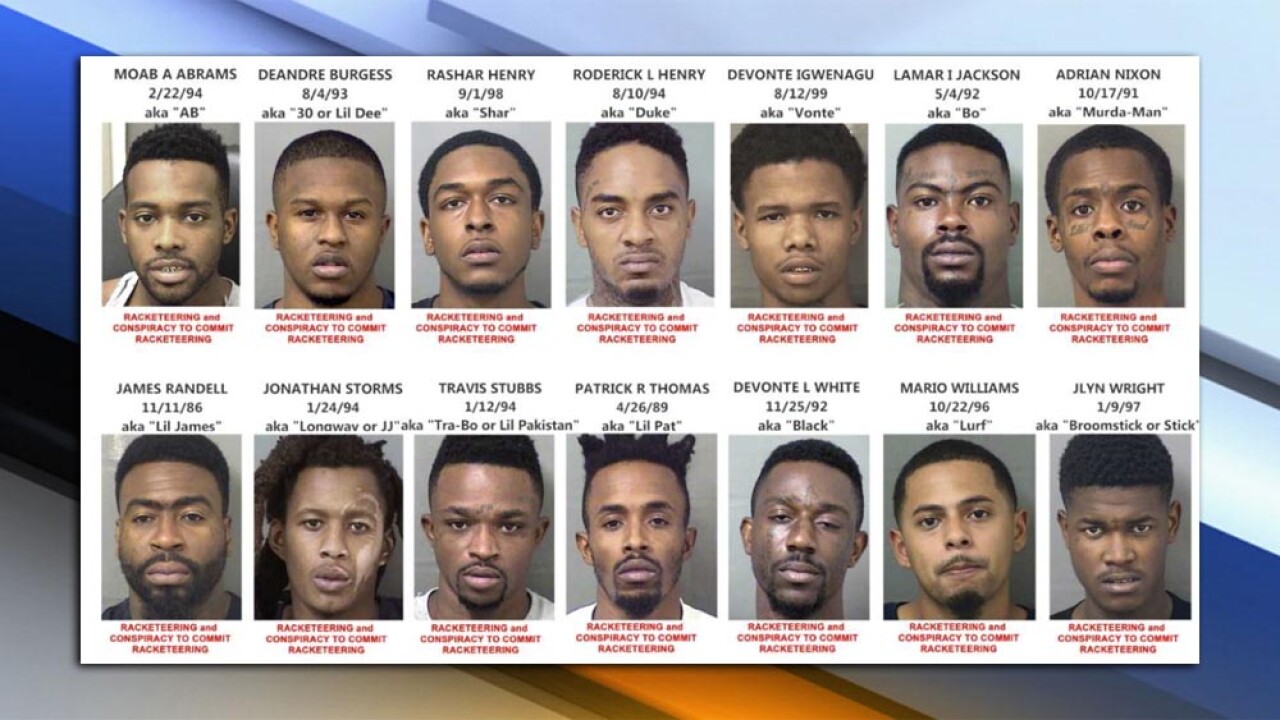 PALM BEACH COUNTY, Fla. — More than a dozen suspected gang members are off our streets thanks to a major crime crackdown by the Palm Beach County Sheriff's Office.

"We're gonna take these little terrorists out of these neighborhoods," said Sheriff Ric Bradshaw at a news conference Wednesday.

The sheriff announced the results of Operation Prometheus, a two-year investigation by the agency's Violent Crimes Gang Unit into the Firehouse Clique gang, based in Riviera Beach.

"This is a bad group that's been involved in really, really bad stuff for a long time," said Capt. Mike Wallace of PBSO's Violent Crimes Division.

The suspects arrested are:

According to the sheriff's office, four open homicide cases, dating back as far as 2013, are now closed.

Capt. Wallace said this crackdown makes our community safer because feuding gangs can attack one another at any public place, putting innocent lives in danger.

"We have bad things happen in places. It doesn't matter where you are. You could be someplace with your family. You could be at a football game and somebody decides to shoot somebody. Nobody is safe from that," said Capt. Wallace.

Sheriff Bradshaw said these 14 arrests are just the start of this major gang crackdown, and more arrests are coming.

These are the 14 gang members we took off the streets during #OperationPrometheus. Palm Beach County is a safer place because of this. Watch the full video here: https://t.co/NZX5uUurb7 pic.twitter.com/JLs0CoqY5G