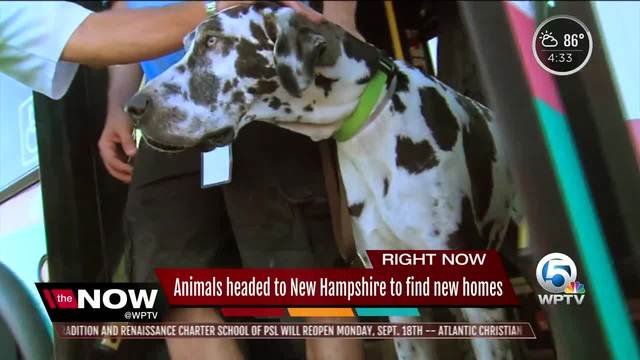 Pets are being sent to New Hampshire for adoption 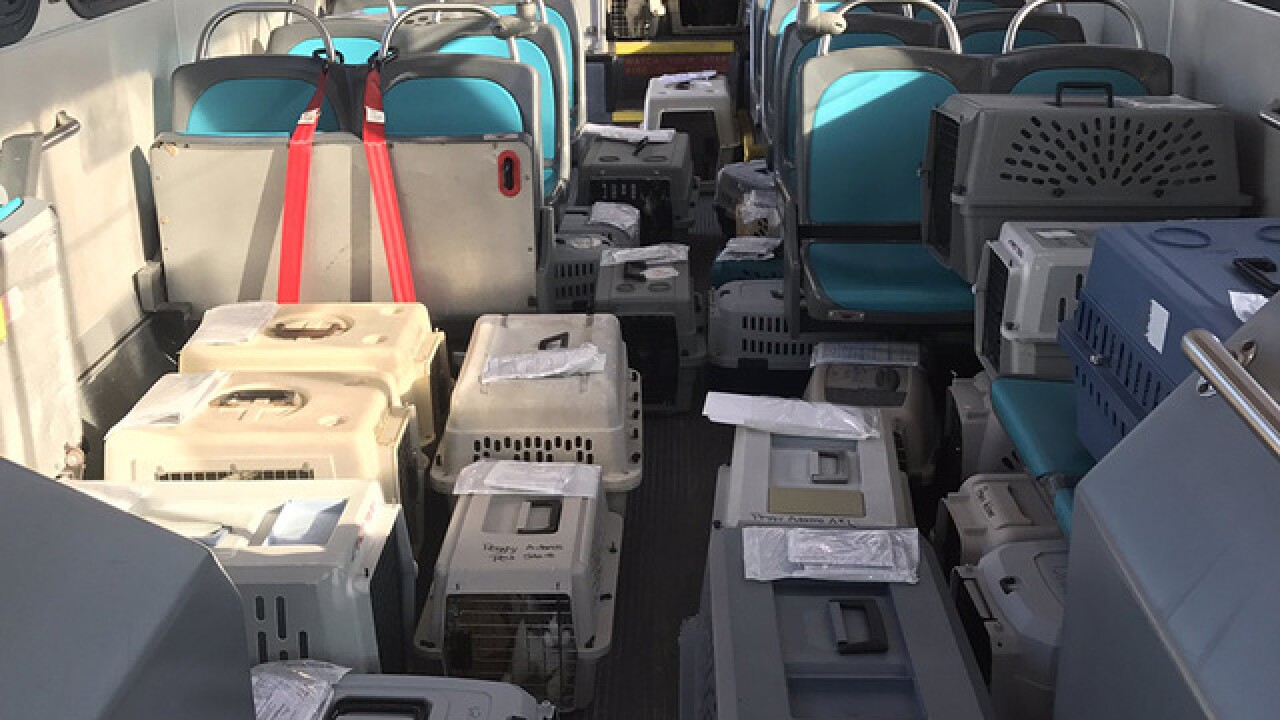 More than 100 animals from Palm Beach County are headed to New England, to make room in shelters, for furry creatures displaced by the storm.

A chorus of barks and meows rose from the seats of several Palm Tran buses early Wednesday morning.

More than 40 dogs and 60 cats were freed from their cages at Palm Beach County Animal Care and Control, and Peggy Adams Animal Rescue, to fly the skies with the help of volunteer organization, Wings of Rescue.

"So what we're trying to do, because we're receiving a lot of displaced pets from the hurricane, is send out all of our healthy adoptable pets," said Harfman.

The ASPCA set them up with a shelter in New Hampshire, that will put the animals up for adoption right away.

These weren't dogs abandoned or displaced during the storm, but animals that have been at the shelters for weeks, some months, before Hurricane Irma, and were already determined to be acceptable for adoption.

The animals brought to the shelters right before, during and after Irma, will be put up for adoption in the next couple weeks.

The plane Wednesday was not big enough to fit all the dogs and cats they wanted to get out, but volunteers will be back out Thursday.

If you know someone who could donate a freight plane to help transport the animals, please call Peggy Adams or Palm Beach County Animal Care and Control.

Donna is bigger than me! She's getting ready to fly to NH for adoption. Her shelter needs to make room for animals after #Irma@wptvpic.twitter.com/oqfOOlaFwr

Dozens of cats/dogs flying to NH from Palm Beach shelter. Ready to be adopted! Staff making room for dozens they rescued during Irma. @wptvpic.twitter.com/8VeXmZaoV1