Valentine's balloons end up in ocean off Southern California

"If we tried to pick up every balloon, it would take all day long" 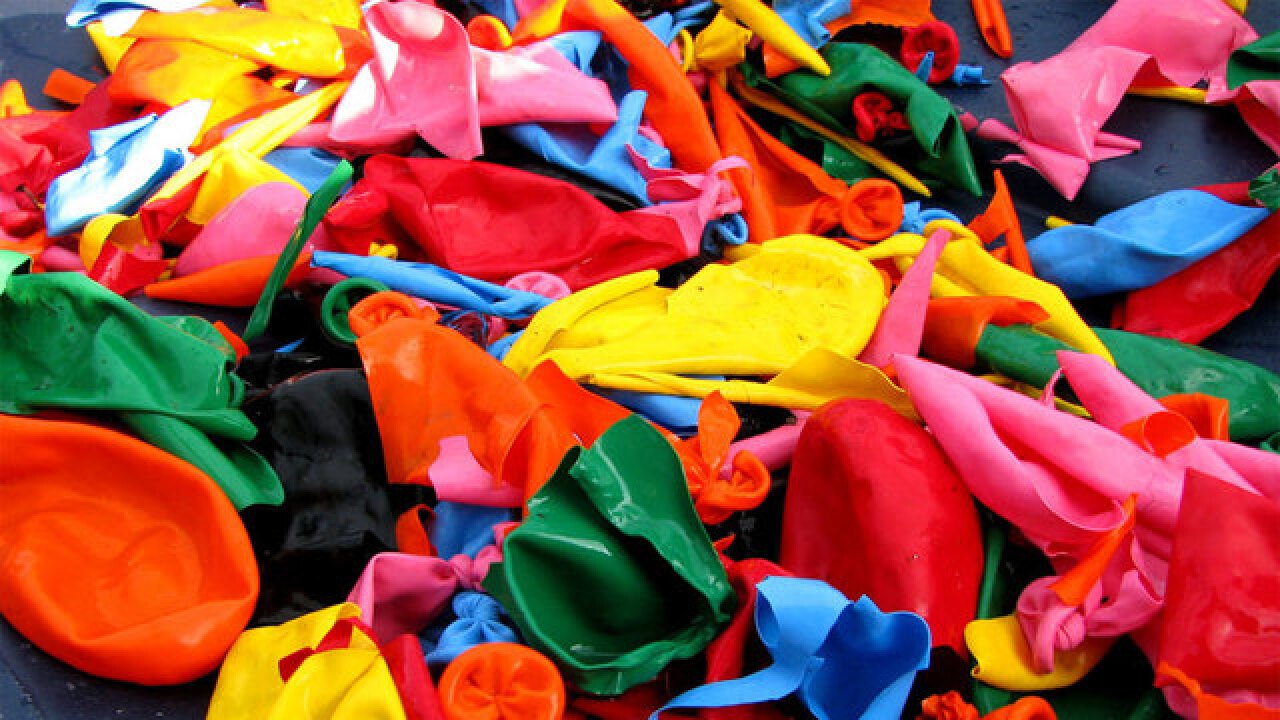 Boaters have been fishing balloons out of the ocean off Southern California since Valentine's Day, and some say it's a predictable problem, The Orange County Register reports.

"It was crazy. Everywhere I looked," said Rich German, who rode his personal watercraft several miles off Laguna Beach after Valentine's Day and picked up 31 balloons in a few hours.

"Balloons have been everywhere," he told the newspaper, adding he expects more balloons after St. Patrick's Day, Father's Day, Mother's Day and graduations.

"If we tried to pick up every balloon, it would take all day long," he said.

Deanna Davenport of Orange, California, said she wanted to show visitors the coastal beauty but instead found the debris floating off Newport Beach and decided to start cleaning it up.

"You just expect to see clean water and it was just so disturbing to see so much litter out there with the balloons," she said.

A Feb. 17 trip by staff from the Pacific Marine Mammal Center collected about 20 balloon in a few hours, said spokeswoman Krysta Higuchi.

"It's not only dangerous for marine mammals, but for marine birds and the whole ecosystem in general," she said.