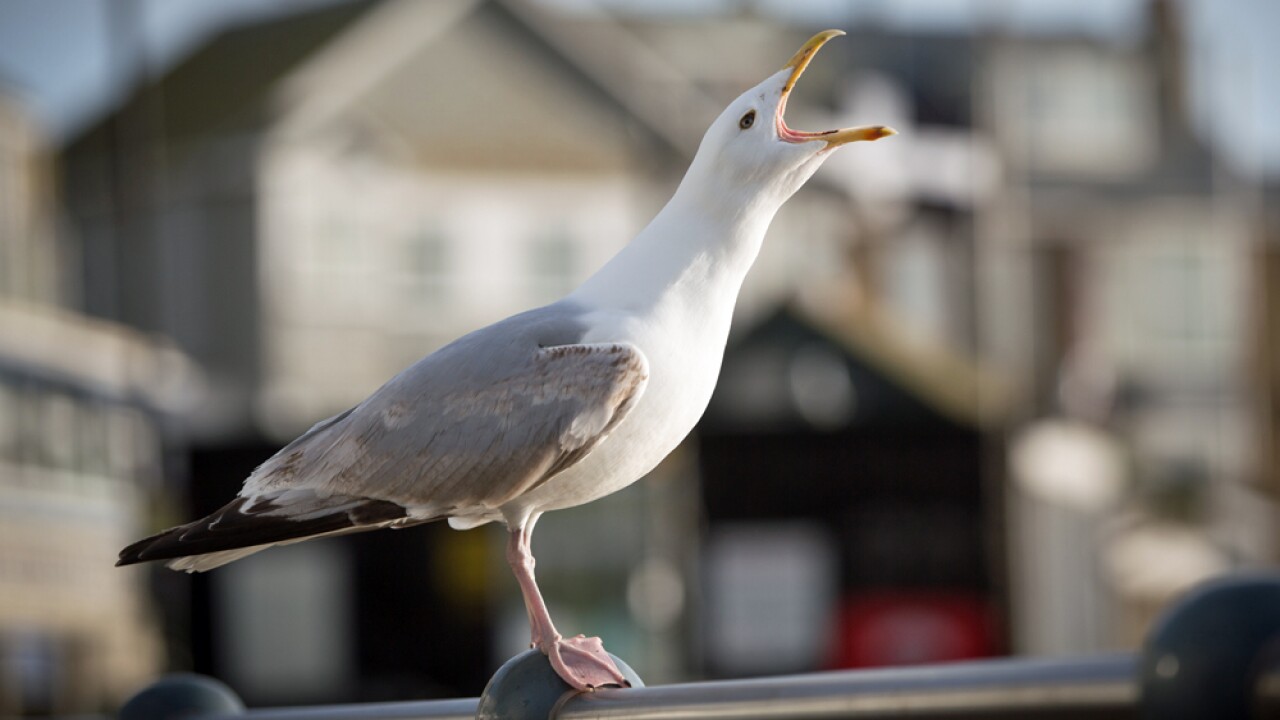 Getty Images
Photo by Matt Cardy/Getty Images
A seagull squawks in the popular seaside resort of St Ives on April 14, 2016 in Cornwall, England.

(CNN) -- Seabirds are becoming smaller, lighter and suffering from a litany of health problems after ingesting the plastic that litters the world's oceans, a study has found.

Researchers analyzed blood samples from a population of flesh-footed shearwaters on Lord Howe Island, off the eastern coast of Australia, They found the birds were living with an alarming list of health conditions, including high cholesterol, after ingesting plastic debris.

The birds were physically smaller as a result of ingestion, the study showed, with shorter wings and bills and a lower body mass. Plastic also worsened their kidney function.

Seabird deaths due to consuming or becoming stuck in plastic are well-understood, the scientists from the University of Tasmania's Institute for Marine and Antarctic Studies (IMAS) said. But far less is known about the non-lethal impact of ingesting plastic, and how live birds with plastic in their bodies are affected.

The researchers found that instead of the usual diet of fish, adult birds have been feeding their chicks with small pieces of plastic.

And they believe that plastic ingestion is a factor in the decline of flesh-footed shearwaters, which are classed as "near-threatened."

"You have to wonder how long this species can keep this up," said Alex Bond, Senior Curator of Birds at the Natural History Museum, which contributed to the study.

Nearly every seabird on earth is eating plastic; around 90% are carrying the material in their stomachs, according a WWF report last year that supported previous studies.

And the trend is set only to continue as the world's plastic waste crisis accelerates; around 9 million tonnes is estimated to be floating in the world's waters, with the number projected to grow over the coming decades.

"Our study found that birds which ingested plastic had reduced blood calcium levels, body mass, wing length, and head and bill length," Jennifer Lavers of IMAS, who led the research, said in a statement.

"The presence of plastic also had a negative impact on the birds' kidney function, causing a higher concentration of uric acid, as well as on their cholesterol and enzymes," she added.

The study, published in the journal Environmental Science & Technology, also found that any amount of ingested plastic was enough to cause problems.

"Our data did not show a significant relationship between the volume of plastic ingested and the health of individuals, suggesting that any plastic ingestion is sufficient to have an impact," she said. "Understanding how individual seabirds are affected is also further complicated by the fact they spend little time on land or at breeding colonies, and most mortalities occur at sea where the causes of death are often unknown."

Among the most surprising findings was that ingesting plastic was linked to cholesterol problems.

"The rise of cholesterol levels was an unexpected finding and what this means for the birds and their health is still not fully understood," the Natural History Museum said. "In humans, high cholesterol can cause circulatory problems and research is yet to be carried out to understand how such changes affect birds."

As scientists worldwide search for ways to stem the plastic crisis, an Irish teenager has won an award for his own suggestion.

Fionn Ferreira won the Grand Prize for the 16-18 year old category at the Google Science Fair for exploring a new method that removes microplastics from water using a magnetic fluid called ferrofluid.