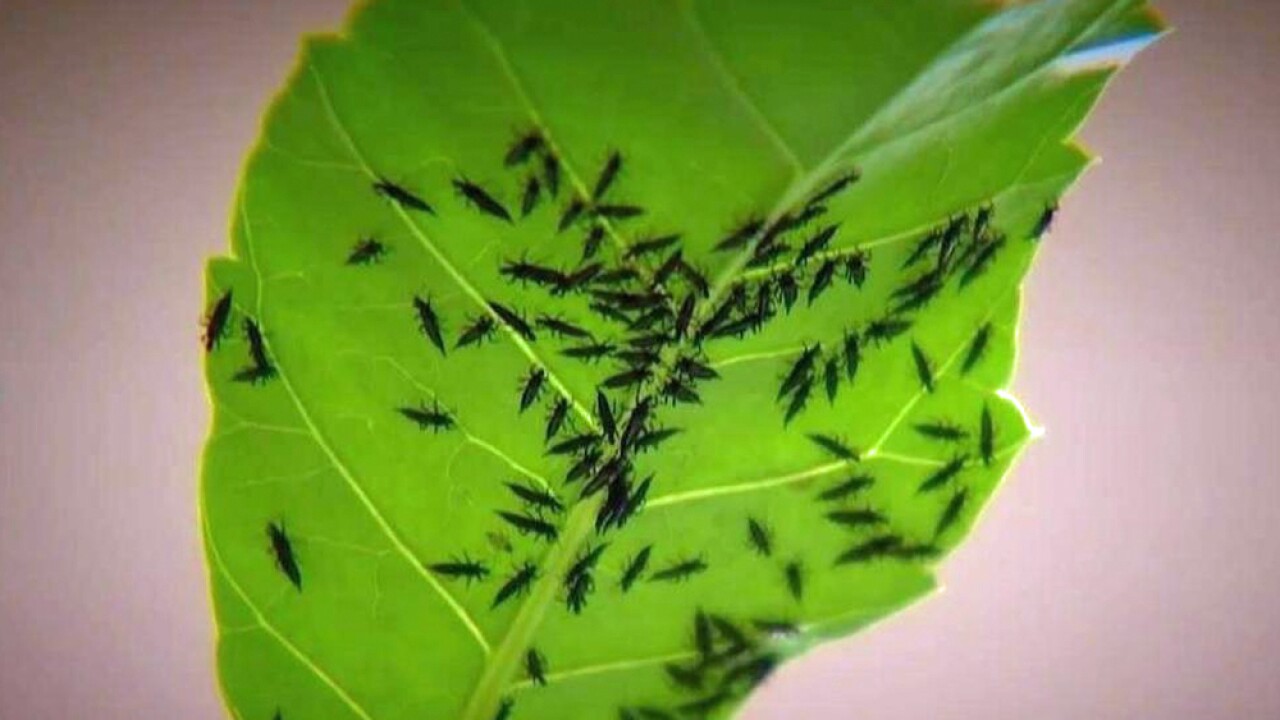 It's a tiny solution to a huge problem.

A little bug from Brazil, called a thrip, may be the best tool Florida scientists have ever had in their decades-old fight against the invasive Brazilian peppertree. They released the bugs into the wild for the first time Tuesday at Tree Tops Park in Davie, Florida.

"So, I call these insects our tiny troops that are going to combat to help save America's Everglades, and so it's just great to be here and be part of the process in deploying these insects," said Lt. Col. Jennifer Reynolds of the US Army Corps of Engineers.

As one of the agencies working on Everglades restoration, the Army Corps was part of the effort to develop a bio control for Brazilian peppertree. Scientists from the University of Florida, the USDA, the FWC, and resource managers from the South Florida Water Management District and the National Park Service collaborated on the project to fight the Brazilian peppertree infestation.

"This problem is clearly one of the greatest challenges that we have as a national park system down here in Florida," said Pedro Ramos, the superintendent of Everglades and Dry Tortugas National Parks.

Here's why it's so bad: with no natural enemies in Florida, a plant originally brought here as an ornamental shrub in the 1800s has gobbled up territory.

Brazilian peppertree has infested more than 700,000 acres in the state, including 53,000 acres in Big Cypress, Everglades, and Biscayne National Parks. It actually disrupts the food chain.

"Brazilian pepper in particular has taken over the landscape to the point of displacing the local, native, flora and fauna," Ramos said.

Pulling them out by the roots, burning them, spraying them with pesticides, none of those methods has really worked to control them. The bug is a game changer.

"A little tiny thrip that hopefully will have a big impact on this plant," said Kipp Frohlich of the FWC.

The bugs suck the plant dry, so resource managers are hoping they finally have a leg up, or many legs up, on the Brazilian peppertree invasion.

It took 25 years of studying different insects to settle on this one. The scientists had to make sure whatever they introduced into the Florida environment didn't create more problems than it solved. They will be releasing them all over the state, but it's not an overnight cure.

"It's gonna take awhile, it'll be a slow progression, a slow change in the dominance exerted by this insect on our flora," said Dr. Greg Wheeler, a USDA research entomologist.

That basically means the bugs are small, the plants are big, give them some time to eat their way around Florida and weed out the problem.

"We are counting on these things to eat as much Brazilian pepper as they can eat," said Ramos, as he released thrips from a vial.