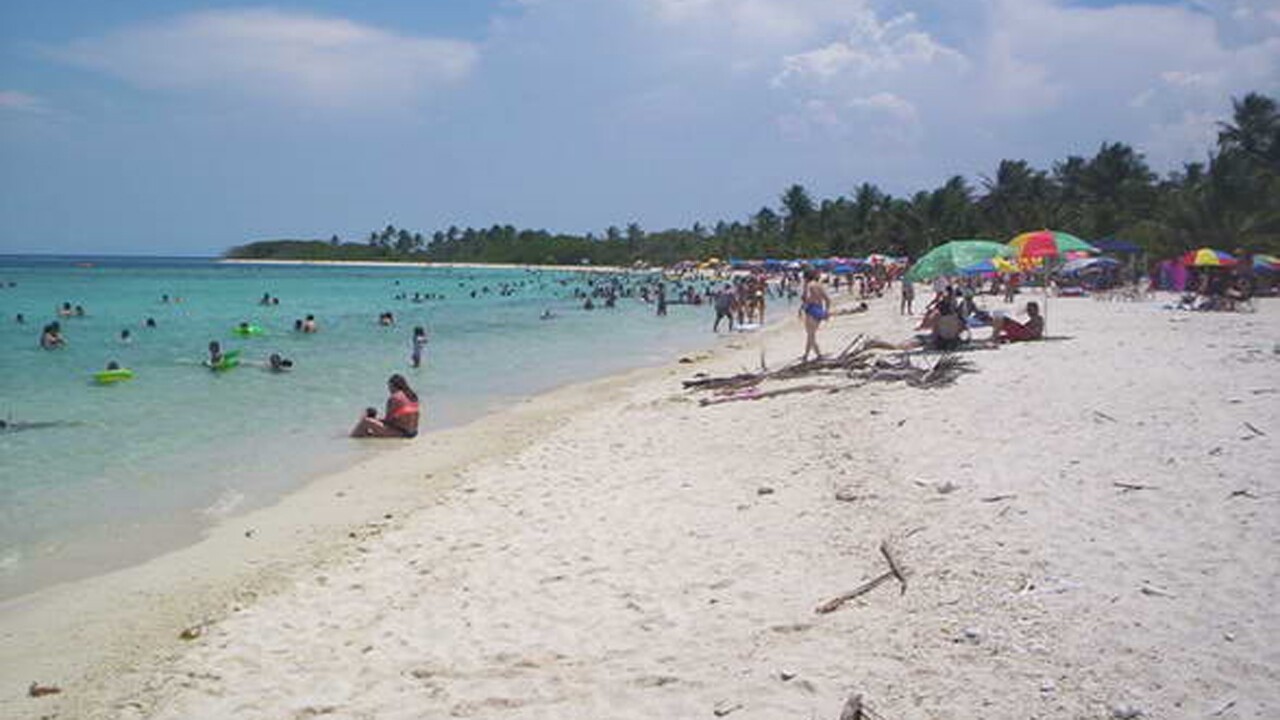 CARACAS, Venezuela (AP) -- An oil spill in Venezuela has coated a stretch of the crisis-wracked nation's Caribbean coastline, treasured for its white sand beaches, clusters of small islands and wildlife.

Fisherman and locals living around Morrocoy National Park began reporting oil washing ashore last week and it has coated roughly 9 miles (15 kilometers) of beaches. The area popular with tourists is located 180 miles (300 kilometers) from the capital of Caracas.

Venezuelan authorities acknowledged the spill, saying they're containing and cleaning it up, but so they far haven't said what caused it.

The area is near El Palito refinery operated by the struggling state-owned PDVSA oil company, but Environmental Minister Oswaldo Barbera tweeted late Tuesday that a flyover confirmed that the spill did not come from the refinery. He didn't identify the source, however.

Park rangers and volunteers had already collected several bags of spilled oil from the beach, he said, adding that the work continues.

Victoria Gonzalez, general director of the local Azul Foundation environmental organization, called on Venezuela's prosecutors to launch an investigation into what caused the spill and hold those responsible accountable.

She told the local online news source VPI TV on Tuesday that the probe should start with PDVSA. She said the damage could bring a "high environmental cost" to sensitive wildlife.