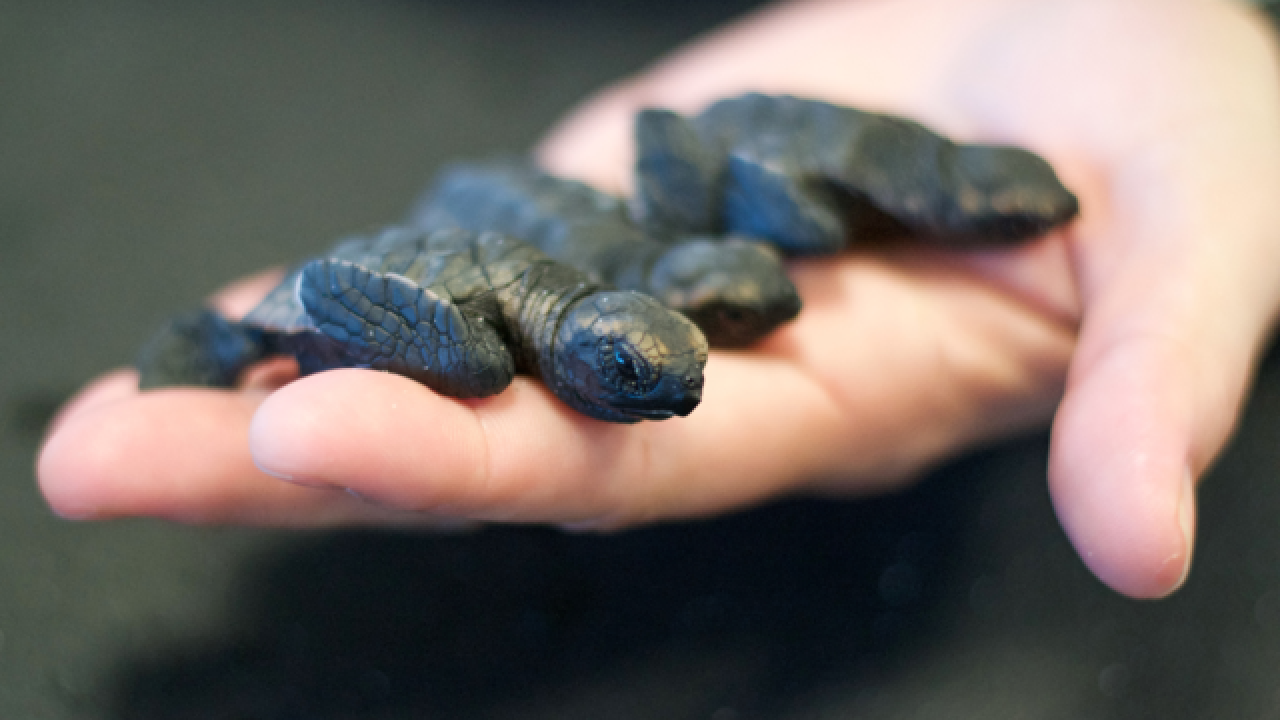 The first batch of eggs from a loggerhead, the common sea turtle along Georgia's coast named for its large head, was found Monday on Cumberland Island beach, the state's Department of Natural Resources said in a news release.

The eggs, which officials said were laid on Saturday night, mark the 32nd year the state has monitored all its coastal beaches for nesting by the federally protected species.

Their numbers have been steadily increasing every year in different states, including Florida and the Carolinas, after an initial decline during the early 1990s, said Georgia Sea Turtle Program Coordinator Mark Dodd. According to the department, loggerheads made 3,950 nests in 2019, the largest the agency has ever recorded since extensive monitoring of the species began in 1989.

Female loggerheads tend to nest all across the state's barrier island when their nesting season hits its peak in June, Dodd said. They crawl onto the island beaches at night, dig holes and lay their eggs inside them.

During this time, the department daily dispatches nearly 200 volunteers to mark and monitor all nesting by loggerheads and other sea turtles that don't usually nest in Georgia. The agency will use interns and volunteers this year, as it has for more than 30 years, to ease predatory behaviors on the beach and increase the amount of loggerheads that hatch.

The department said people encountering sea turtles on the beach should maintain their distance and avoid using flashlights or flash photography so they don't disturb the nesting process.