Day in the life of Indian River Lagoon

A group of high schoolers ditched the classroom for hands-on experience to learn what makes the Indian River Lagoon tick. 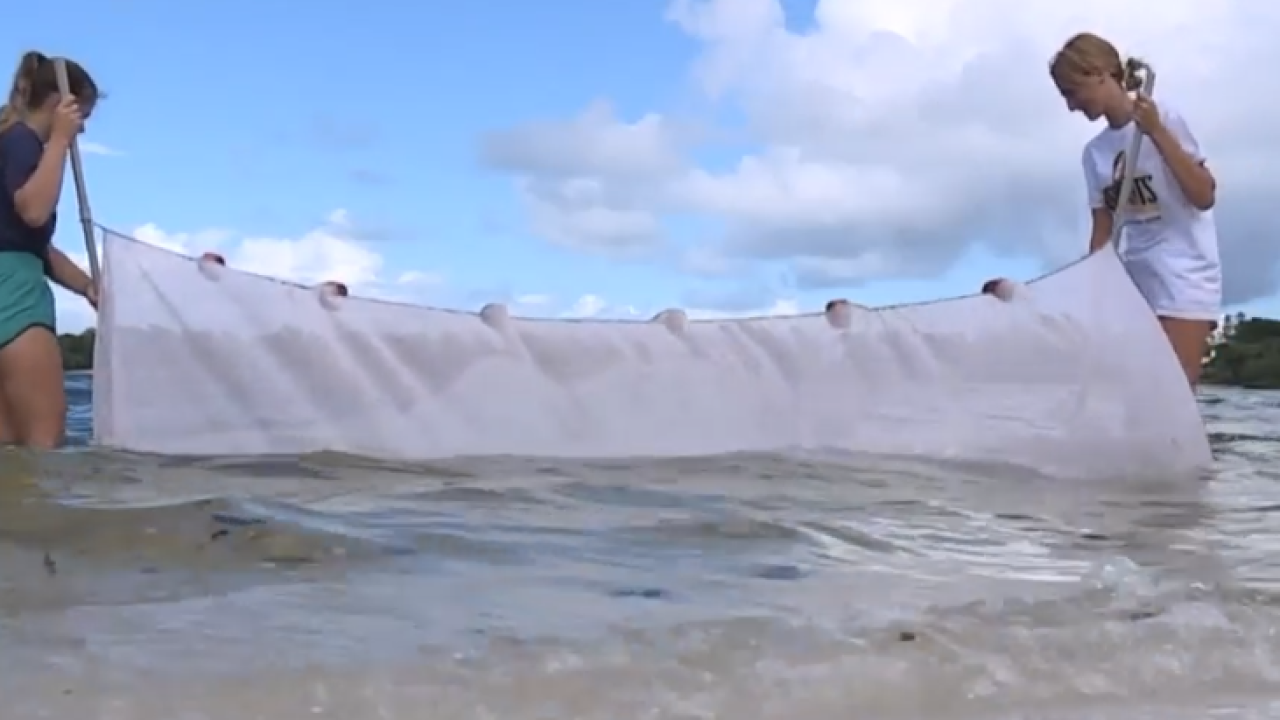 HOBE SOUND, Fla. — Things were a bit busier, and the crowds younger Thursday at the Nathaniel Reed Hobe Sound National Wildlife Refuge. A group of high schoolers is all taking part in the 2nd annual “A Day in the Life of the Indian River Lagoon.”

Environmental Science and Chemistry Teacher at The Pine School, Darryl Martino says,” We also have a great responsibility to teach our kids about what the lagoon should look like in a pristine state.”

Approximately 1,600 students and teachers from 40 schools took part with the goal of learning. They spent their time at the refuge collecting water samples and data as, “citizen scientists.” The event spanned from Volousia to Palm Beach County and the entire length of the Indian River Lagoon.

Director of the Hobe Sound Nature Center Director, Debbie Fritz-Quincy says the students did a lot in the time given, “ We’ll be doing some tests some water, biological sampling we’re gonna be checking wind speed currents, temperatures, even a species inventory.”

Students will also be testing for a specific weed-killing chemical that may be in the River.

Martino says it’s important to identify environmental problems now, while there is still time to fix them.

“They’re inheriting this paradise and it’s out job to make sure that we at least teach them so at least may be any of the shortcomings we’ve had with dealing with this paradise they can take care of that.”